Skip to content
You are here
HOME PAGE > 01 FEATURED > Florida Tech Women Down Flagler, 82-73, for First Win of Season 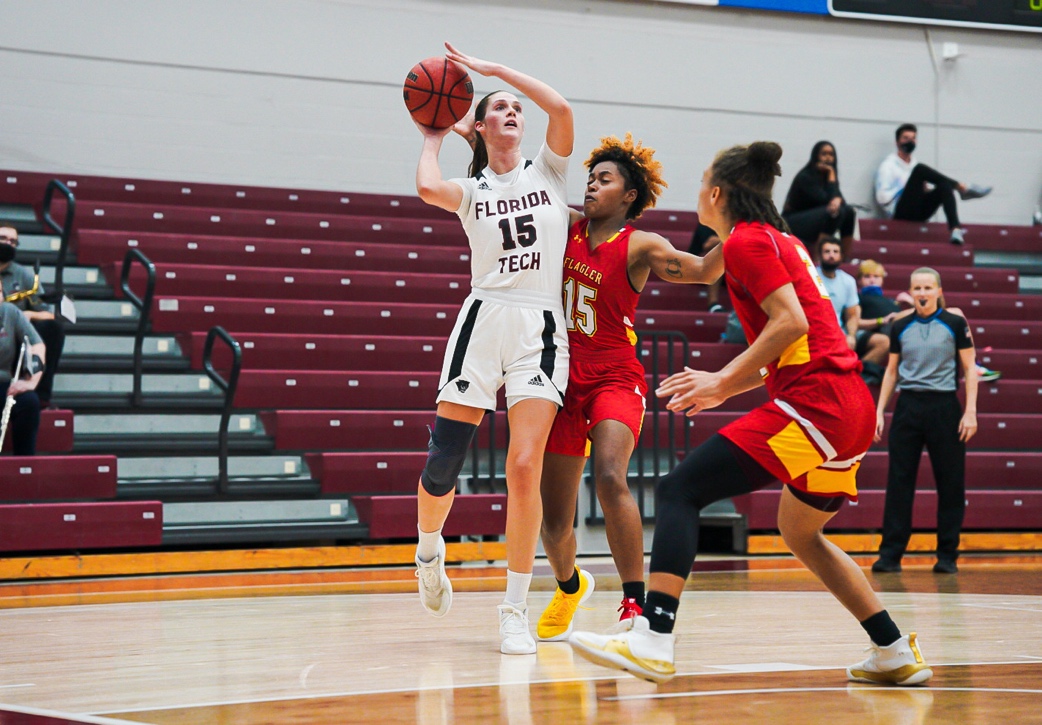 COACHES CORNER:
“This was a high scoring game, which suits us,” said Reynolds. “I thought Hannah Roney had a good game, Sev (Uggen) was hot in the first half, and Hakanson got some three’s up. We have multiple kids that can score. It was a very high tempo game and Flagler’s a great team with great coaches. I’m happy to take the win, but there are some things were going to need to correct so we can continue to be successful the next time out.”
NOTABLE PANTHERS:

UP NEXT: Florida Tech hosts Saint Leo on Saturday, Nov. 20 at the Clemente Center. Tip-off is set for 2 p.m.