Kentucky’s Senior Day is always a special game as we say goodbye to the graduating players. This class may be more special because they have helped bring Kentucky football from the depths of the SEC rankings to where it is today. The 22 Seniors were celebrated in the pre-game as the fans showed their support for their hard work and what they have accomplished for the program and the players celebrated Senior Day with a win against New Mexico State 56 to 16. 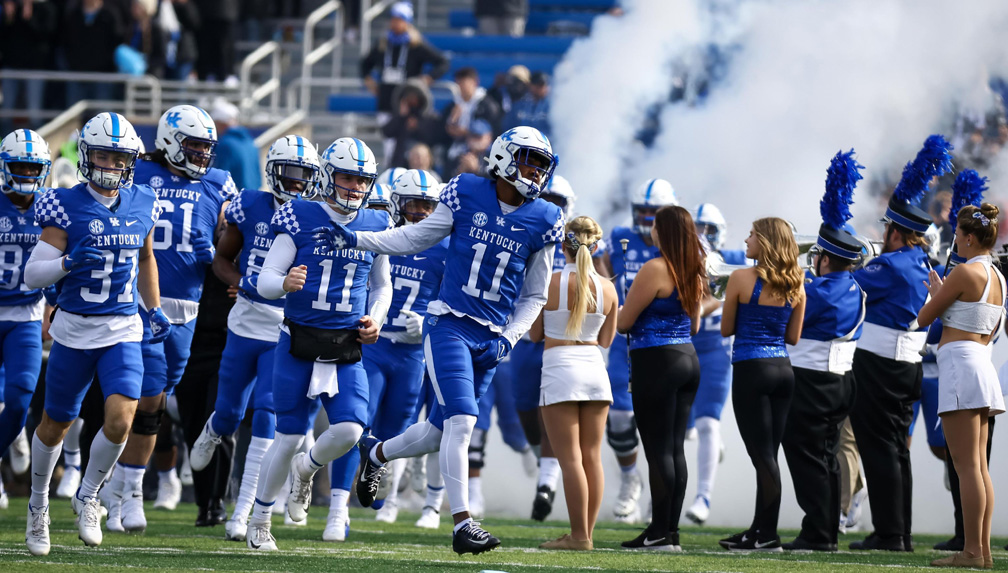 Kentucky’s offense overpowered New Mexico’s defense on almost every drive. The Cats only faced 9 third downs and converted on six of them. Will Levis threw for a whopping 419 yards for four touchdowns. Wan’dale Robinson caught eight passes for 181 yards and Josh Ali had 164 yards on seven catches. Chris Rodriguez had another amazing performance with 119 rushing yards averaging 7.4 yards per carry.

Defensively, the Cats held the Aggies to 282 total yards of offense and only allowed NMS to convert 4 of their 16 third downs. Jacquez Jones led the team in tackles with 8 including a forced fumble. Quandre Mosely had Kentucky’s only interception of the day, which he returned for a touchdown.

The Wildcats took care of business on both sides of the ball today and dominated the Aggies. There were a couple of mistakes (fumble/interception) that could have not happen, but when you are up 30+ points it is harder for the players to stay focused on taking care of the ball. It is bittersweet for the last game at Kroger field to be over with this season, but knowing your team has eight wins sure makes feel better. Kentucky travels to Louisville to take on the Cardinals next week.

New Mexico State received the football to start the game and the Wildcats were able to get a three and out and get the possession. However, on UK’s first drive Will Levis fumbled a poor snap and New Mexico St. scored a defensive touchdown taking a 7-0 lead. It didn’t take long for the Wildcats to retaliate with a 32-yard touchdown pass to Justin Rigg pull the Cats even with the Aggies 7-7. Kentucky’s defense added seven points with a pick-six by Quandre Mosely overtaking New Mexico State 14-7. A 91-yard drive down the field resulted in another touchdown for the Cats which ended the quarter 21 to 7. 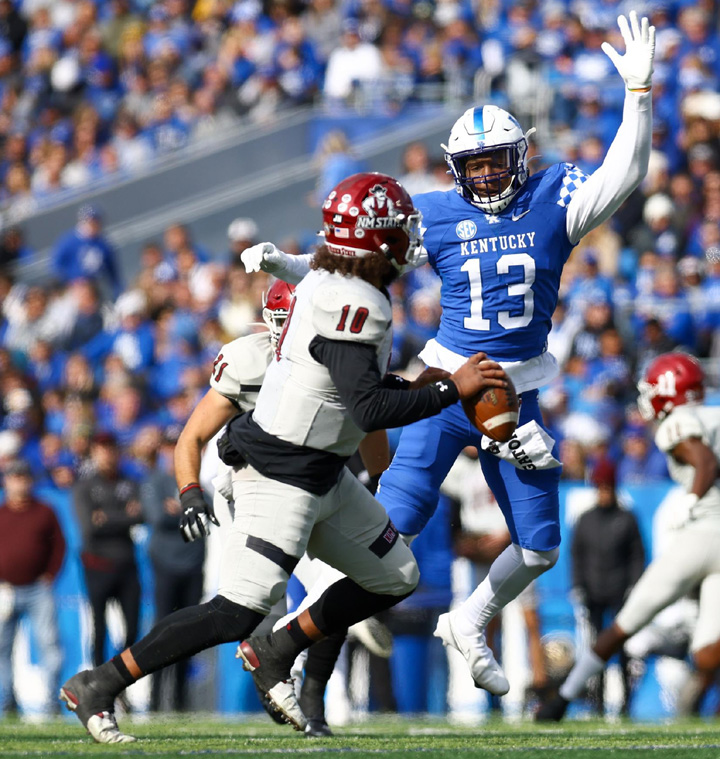 New Mexico State started the second quarter with a 50-yard field goal to add to their total points 21 to 10. The Wildcats responded with a touchdown on their following possession on a 9-yard pass to Josh Ali. The Aggies made great drive, but came up short of the touchdown and settled for another field goal. That made the score 28 to 13 with the Cats on top. After a 79-yard pass to Wan’dale Robinson the Wildcat looked posed to score a touchdown, but a fumble by Chris Rodriguez gave the Aggies the ball back. The Cats stopped the NMS drive and scored another touchdown on Justin Rigg’s second touchdown reception. A 32-yard field goal by the Aggies ended the half with the score of 35-16.

Kentucky received the ball to start the second half, but were unable to move the football and punted it to NMS. The first score of the second half went to Kentucky’s Josh Ali on a 62-yard pass to extend the lead to 42-16. Will Levis threw an interception in the third quarter that gave the ball back to the Aggies with 2:52 left in the 3rd. After forcing the Aggies to punt the Wildcats scored another touchdown on a 23-yard rush by Kavosiey Smoke putting the Cats up by 33.

Kentucky came out in the fourth with Beau Allen leading the offense from the quarterback position and he scored on his opening drive with his first career rushing touchdown and the final score of the game. The final score was 56-16.