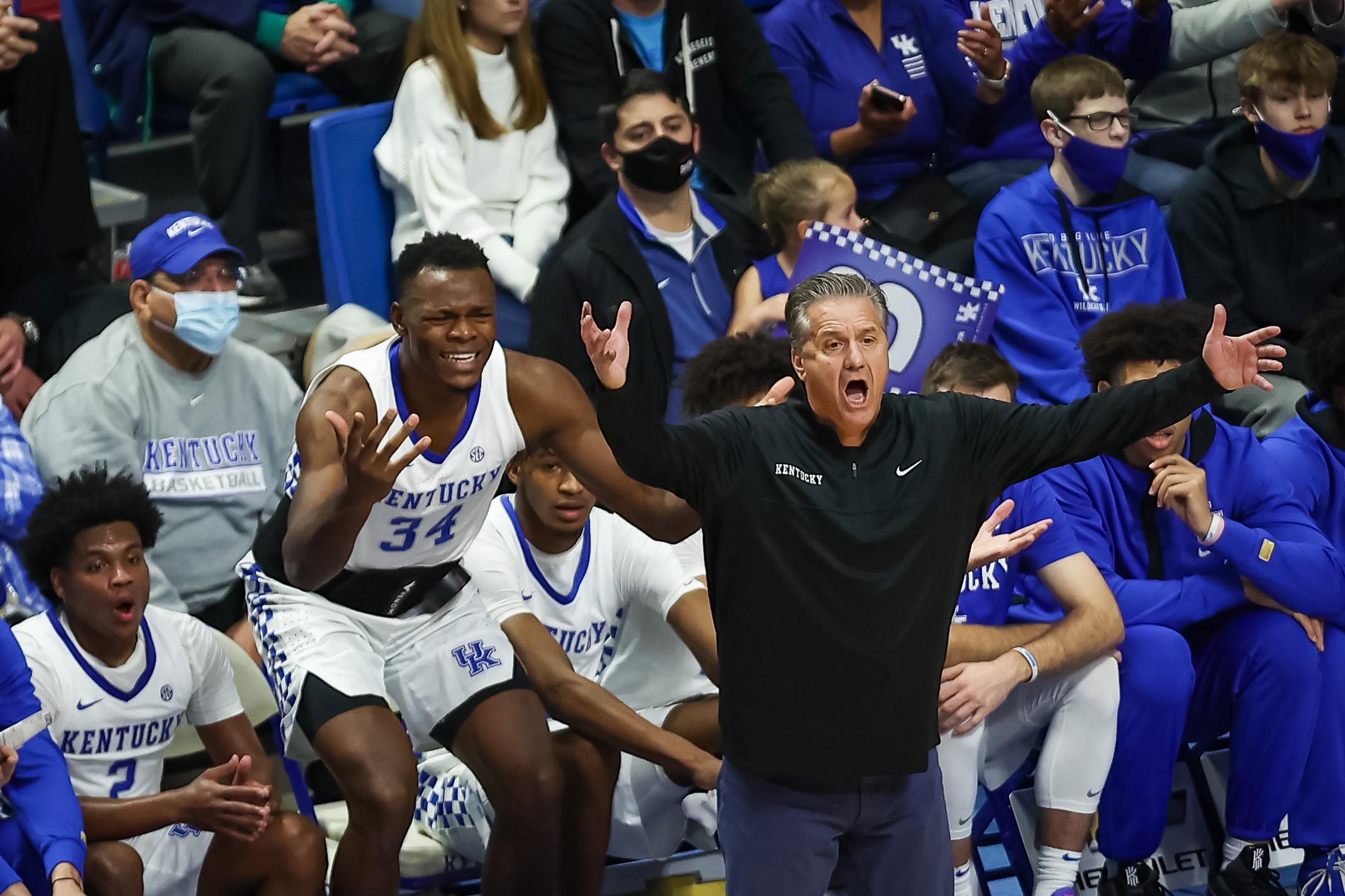 Keion Brooks has Breakout game leading Kentucky to a 77- 59 win over the Ohio Bobcats.

Keion Brooks has been around the Kentucky program for what feels like an eternity. While the Talented Junior has had some great moments during his career as a Wildcat, tonight might have been Brooks best game as a Wildcat. With Oscar Tshiebwe in early foul trouble and set seventeen minutes of the first half, Brooks played in the post and was the star of the night. When Brooks wasn’t scoring in the post, he found his mid- range game and really looked good offensively. Brooks led all scorers with twenty-two points in the game. Brooks teammates TyTy Washington and Davion Mintz also had stellar games and helped lead the Wildcats to a 77- 59 Victory over the Ohio Bobcats. 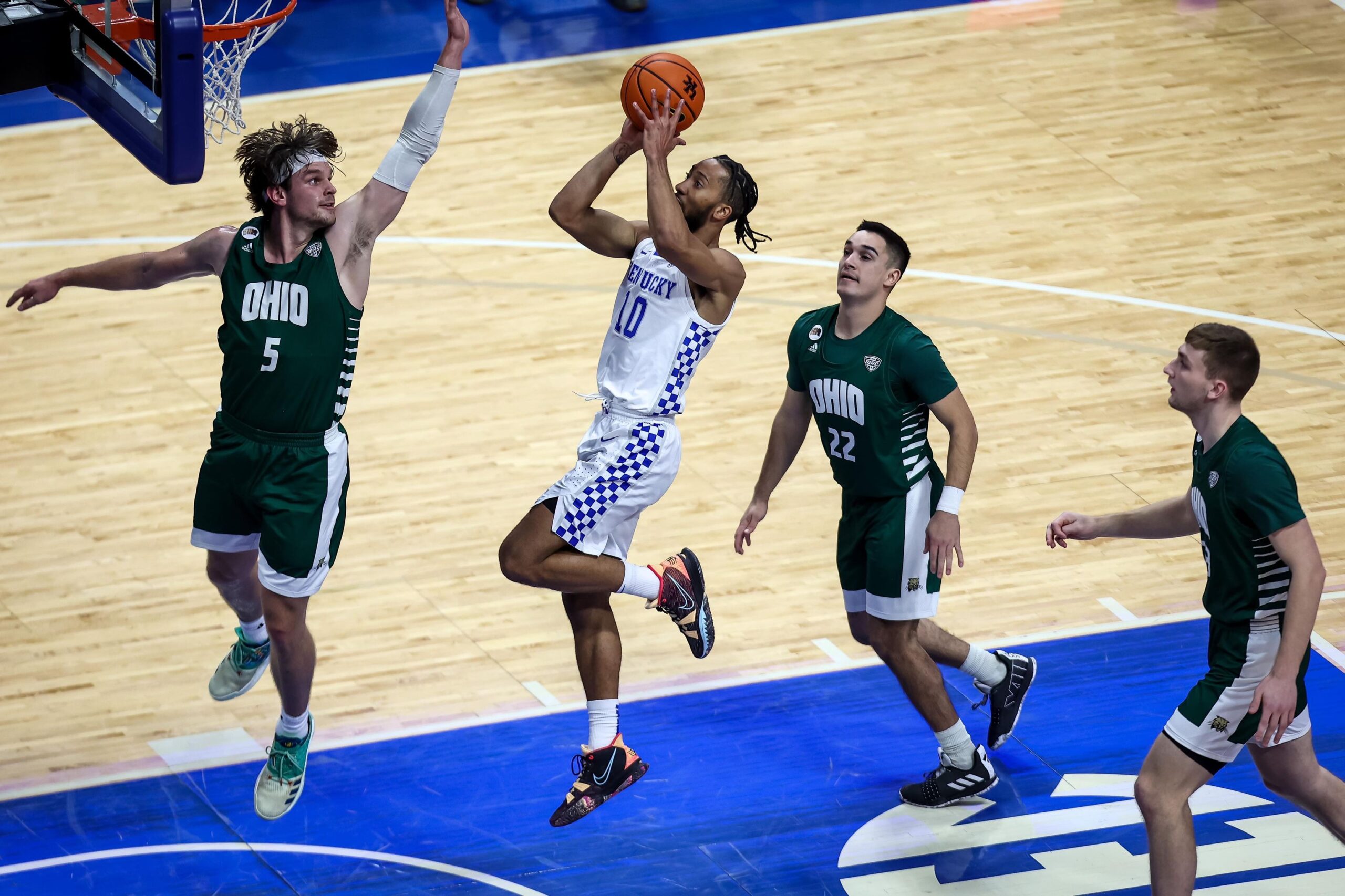 First Half- Ohio opened the half with an eleven to four lead, as the Bobcats where hot from the Arc. Kentucky who relies on Oscar Tshiebwe for scoring and rebounding was ineffective in the first half picking up two quick fouls in the first minute and half of the game. With Oscar out of the lineup the CATS had to adjust, and Keion Brooks was the player who stepped up in his absence. Brooks finished the half with twelve points and five rebounds, Brooks who plays a stretch four used his post- game to score the ball and had a knack for grabbing rebounds. Ohio was up most of the first half and had a balanced scoring attack with two players in double figures Mark Sears and Ben Vander Pleas combined for twenty- three points With Vander Pleas scoring 13 and Sears with ten points. Kentucky trailed 38- 34 with 3:37 remained in the half, the Cats finished the half with a six- zero run and led the Bobcats 40-38 at intermission.

Second half- the second half resumed and both teams struggled to score the ball, at the first media timeout the teams combined to score ten total points and was tied at forty- four. After the first media timeout Kentucky was able to put a run together and grew the lead to nearly twenty points. During this time the play of Brooks and Ty Ty Washington really stood out as the two players lit up the score board. Tshiebwe returned to the game and although he was unable to score a single point in the game Oscar Dominated the glass and finished the game with ten rebounds, after not having a single rebound in the first half. One play that stands out Oscar grabbed three consecutive offensive boards and after two failed field goal attempts found Washington for an uncontested three point shot. Washington nailed the shot, and the Rupp Arena patrons were excited with the hustle play and the made three point shot. In the closing minutes Kentucky finished the game on a nine to two run as Davion Mintz scored the last six points of the game and put the game out of reach. Kentucky prevailed with an eighteen- point win defeating Ohio 77-59. While the final score may look like a blowout win, it was anything but. Ohio is a good team with a balanced scoring attack, the eleven minute and forty- five second scoring drought was hard to overcome. I fully expect Ohio to compete for the MAC conference championship and will likely be a tournament team come March Madness.