Skip to content
You are here
HOME PAGE > 01 FEATURED > Evans Wills No. 2 Louisville to 71-67 Win at Virginia Tech 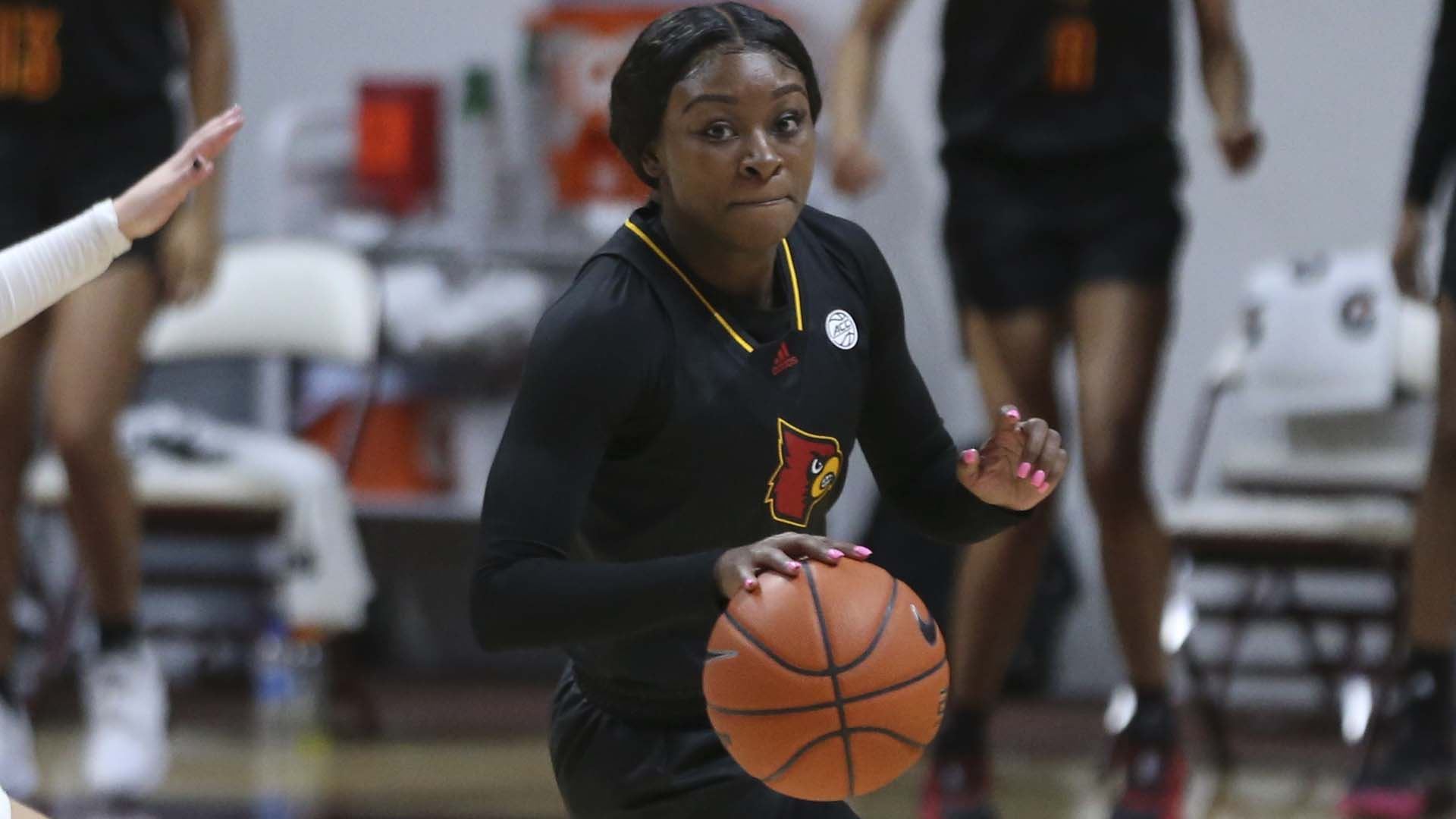 Dana Evans led all scorers with 22 points, including four in the final minute-plus.

BLACKSBURG, Va. (AP) – Dana Evans scored 22 points, including four in the final minute-plus, and No. 2 Louisville slipped past Virginia Tech 71-67 on Thursday night.

Evans hit 11 of 22 shots from the floor and made a critical steal in the waning moments for the Cardinals (9-0, 2-0 Atlantic Coast Conference), who survived their toughest test of the season. Hailey Van Lith added 15 points, including two free throws with 4.2 seconds left to seal the win.

Aisha Sheppard paced Virginia Tech (6-3, 1-3) with 20 points. The Hokies rallied from a 16-point first-half deficit to take the lead, but couldn’t hold on and lost their third straight.

Evans’ layup with 1:06 remaining tied the game at 67, and after a Virginia Tech turnover, she hit a short jumper with 23 seconds to go to put Louisville ahead. On the ensuing possession, she stole the ball from Georgia Amoore with 10 seconds left. The Hokies fouled Van Lith, whose two free throws provided the final margin.

Elizabeth Kitley finished with 17 points for the Hokies.

Louisville: After blowing out their first eight opponents by 10 points or more, the young Cardinals – Evans is the lone senior on the roster – received a scare Tuesday evening. Louisville’s turnovers nearly were its undoing, as the Hokies scored 16 points off 15 turnovers. The Cardinals need to fine-tune a few things, but they have depth and should be in the mix for a No. 1 seed in the NCAA Tournament.

Virginia Tech: The Hokies have made strides in Kenny Brooks’ five seasons, and eventually they’re going to pull off an upset of one of the ACC’s top teams. They have lost 17 straight combined against Louisville, North Carolina State and Florida State under Brooks, with 12 of those losses by at least 10 points. They had a great chance Tuesday, but failed to score in the final 2:26 and had two turnovers in that span.

The Cardinals should beat Clemson on Sunday and remain entrenched at No. 2 in the AP Top 25. They have a chance to move to No. 1 if No. 11 Oregon can pull the upset of No. 1 Stanford on Friday.

The Cardinals host Clemson on Sunday.

The Hokies play at Georgia Tech on Sunday.