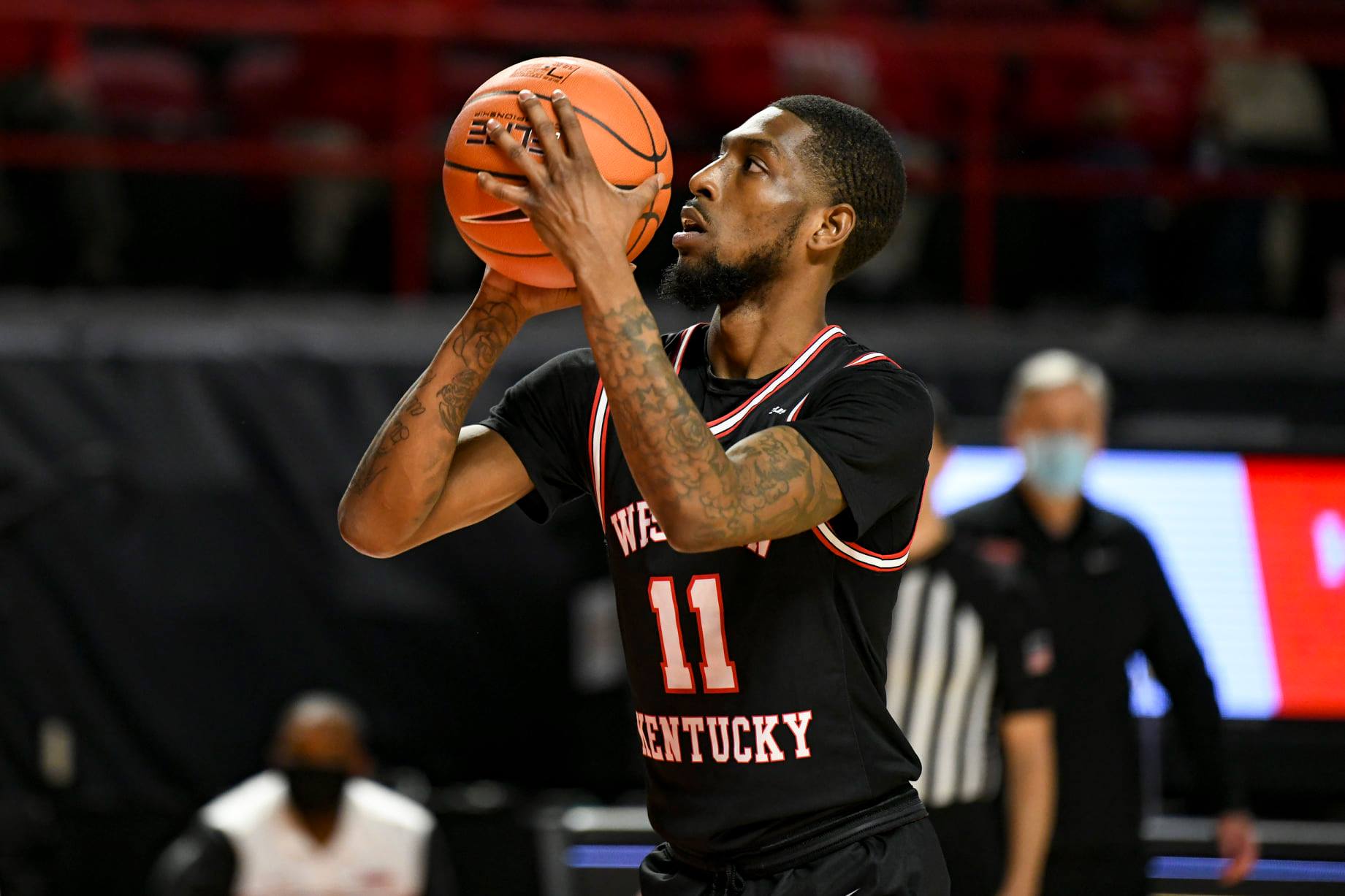 BOWLING GREEN, Ky. — WKU Hilltopper Basketball nearly dug out of a 21-point hole in its second game against Louisiana Tech on Saturday, but couldn’t quite complete the comeback in a 63-58 home loss at E.A. Diddle Arena.

A 20-0 run by Louisiana Tech in the first half doomed the Hilltoppers (9-4 overall, 2-2 Conference USA), who pulled back within one in the final two minutes but didn’t get over the hump.

“Give Louisiana Tech some credit, they definitely showed up the second night,” WKU head coach Rick Stansbury said. “That first eight or 10 minutes, they had a better mental preparation. I wasn’t able to get our guys to prep that. I know it’s a 40-minute game, but we dug ourselves such a hole in that first 10 or 12 minutes. I’m not sure what it was, I just know we got down by 21. From that point on, I felt like there was a different urgency with us. You just have to expend so much energy on a second night when you’re down that far to get back in it.

“Again, like I said, I don’t buy into all this stuff, same game, same opponent, I just don’t buy into it. They keep score, they throw the ball up, you’ve got to get yourself mentally ready to play. Trust me, we as coaches talk about a lot of things to try and change things, this is new to players and coaches. But still, throw the ball up and you’ve got to be ready to play and we didn’t have that edge for the first 10 or 12 minutes.”

Louisiana Tech’s 20-0 burst turned a 6-5 Hilltopper lead into a 25-6 Bulldog advantage with 9:29 remaining in the first half.

The Hilltoppers went on a 9-0 run to get back within 11 at 32-21 with 2:51 to play, but Louisiana Tech answered with six straight points. Senior guard Taveion Hollingsworth’s 3-pointer with 12 seconds left cut WKU’s deficit to 38-24 at halftime.

“That was just on us,” senior guard Josh Anderson said. “We just weren’t prepared mentally like we’re supposed to be coming out into the game. I feel like we just took it for granted and came out with low energy. We definitely can’t do that against a team like LA Tech, we can’t go down 25-6, we can’t do that opening up the game.”

The Tops scored the first seven points of the second half and were back within six at 40-34 by the 17:35 mark on a 3-pointer by junior center Charles Bassey.

But every time WKU climbed within two possessions and continued to get stops, the offense came up empty.

A steal and layup by freshman guard Dayvion McKnight finally brought the Hilltoppers back within one at 59-58 with 1:35 to go, but they never scored again. A tip-in by Louisiana Tech’s JaColby Pemberton made it a three-point game again, and the Bulldogs’ Kalob Ledoux made two free throws to ice it.

The Hilltoppers shot just 35.2% from the field despite making eight 3-pointers and 12 of 13 free throws. They were outscored 40-22 in the paint by Louisiana Tech.

The Hilltoppers continue their homestand against Marshall at 4 p.m. CT Friday at E.A. Diddle Arena. That game was moved from its original Thursday date because of COVID-19 issues in the Thundering Herd program. It will air on CBS Sports Network.

“It’s on us,” Hollingsworth said. “We’ve got to create our own energy. We’re not playing in front of many fans so we’ve just got to come out with our own energy and have each other’s backs.”