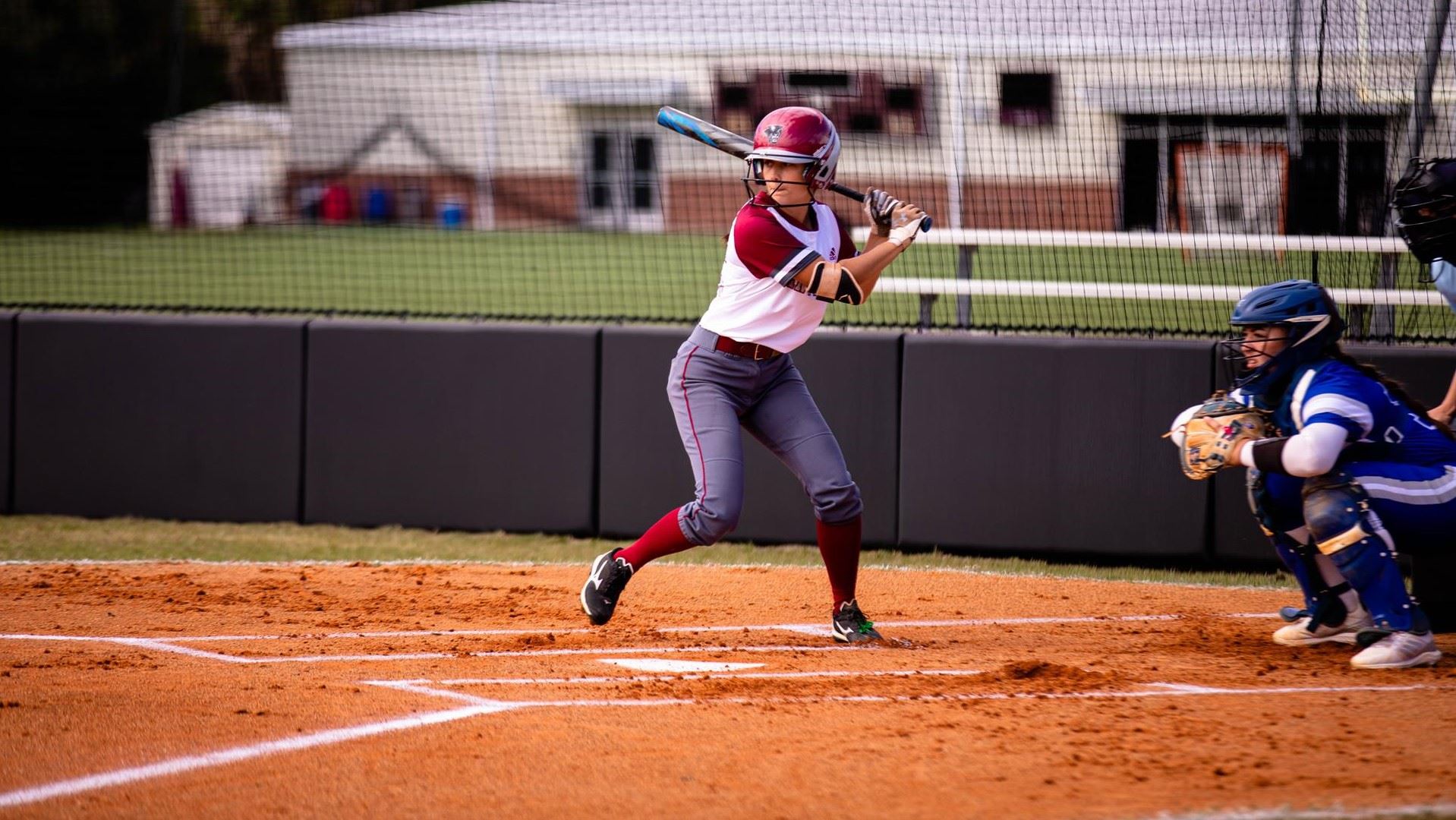 MELBOURNE – After almost a year hiatus, Florida Tech Softball hit the field for a season-opening doubleheader against the Fighting Knights of Lynn. Tech picked up where they left off last season as they swept the doubleheader with 22-3 and 2-1 victories.

Cheyenne Nelson had a special day as the Washington native went 5-8 with four runs, six RBI, one double and a home run for a .625/.625/1.125 slash line. Tina Velazquez Rolon was another member of the Crimson & Grey that put in a great outing as she went 3-5 with two runs, two RBI, a double and picked up a win in the circle.

Jordan Lawlis (1-0), Samantha Guider, and Raychel Trocki were the other three Panthers that entered the circle during the two games.

Game one was all Florida Tech as the women came out hot and that form continued for the remainder of the contest as they won, 22-3. The first inning began with a 1-2-3 inning for Lynn. That was followed with a nine-run inning that opened with a Nelson home run in the team’s first at-bat of the season.

Victoria Szrom brought home the next runner, Mikayla Wessel, when she hit into a fielder’s choice. Panthers’ newcomer, Chloe French, helped the next two runners cross the bag as she ripped a shot up the middle. Nelson brought two more home in her second plate appearance and helped another cross when she stole second that lead to a Lynn throwing error. That error gave Emily Figueroa the time she needed as she trotted over the bag and made it a 7-0 game. Wessel and Szrom grabbed the final two RBI of the inning.

The second inning was similar to the first as a solid defensive effort by the Crimson and Gray kept Lynn off the board while the women managed another five runs and brought the total to 14-0. A well-placed Nelson groundout forced the play at first instead of home plate where French walked across the bag. In the next at-bat, Wessel snagged another two RBI while Figeroua and Jolie Miracle earned runs. Wessel made it home in Tina Velazquez Rolon’s plate appearance. Mikayla Lewin brought home the final run of the inning with a single to center field.

Lynn got their zero off the board in the top of the third when Emily Yakel sent it over the fence for a two-run homer. This made it 14-2 as the Crimson & Grey went back up to the plate. Nelson again made an impact on the scoreline as she hit a deep shot to right field that scored Ashlynn Shelley.

Tech had another huge inning in the bottom of the fourth as the team tallied seven more runs and brought the score to 22-2. Jenna Hornsby opened the floodgates when she hit a monster shot over the left-field fence for a three-run homer in her first hit in a Panther uniform. Later in the inning, a Peyton Anders double helped Kelly McLaughlin get her first run at Florida Tech. Nelson later pushed Anders across the bag when she singled through the right side. Mya Ogbodiegwu tallied the final two RBI of the game for the women when she doubled into left field.

Lynn grabbed the final run of the contest as they sent a ball over the center-field fence but that was all they managed as the game ended with a 22-3 run-rule victory for the Panthers.

Game two of the day was a completely different story as the defenses reigned supreme and the first run of the contest came in the top half of the sixth. Florida Tech rallied in the bottom portion of the sixth as back-to-back sacrifice flies by Velazquez Rolon and Szrom scored Nelson and Wessel. This gave them the 2-1 lead heading into the final inning.

In the top half of the seventh, a baserunning error by Lynn discounted a two-run home run that would have given them the 3-2 lead and put the pressure back on the Panthers. However, that costly mistake gave Tech the breathing room they need as a little while later they turned a double play that ended the game and gave them the 2-1 victory.

Softball will be back in action tomorrow, March 5, when they head down to Boca Raton, Florida for the final two games of the season series with Lynn. The first pitch of tomorrow’s doubleheader is scheduled for noon ET.

For the latest news, updates and information on the Florida Tech softball team, visit FloridaTechSports.com. Fans can also stay up to date on the latest Panthers news by following Florida Tech Athletics on Facebook, Twitter, Instagram and YouTube.