OMAHA, Neb. – Kentucky became the first school in the history of the Southeastern Conference to win a national championship in volleyball Saturday night, defeating Texas 3-1 (20-25, 25-18, 25-23, 25-22) in four sets at the CHI Health Center in Omaha.

Junior Alli Stumler had a match-high 26 kills on Saturday, hitting .471 on 51 swings against one of the best blocking teams in the nation, showing her AVCA All-America First Team prowess. Stumler also had five digs, and closed out the NCAA National Championship match with a kill from the left side. 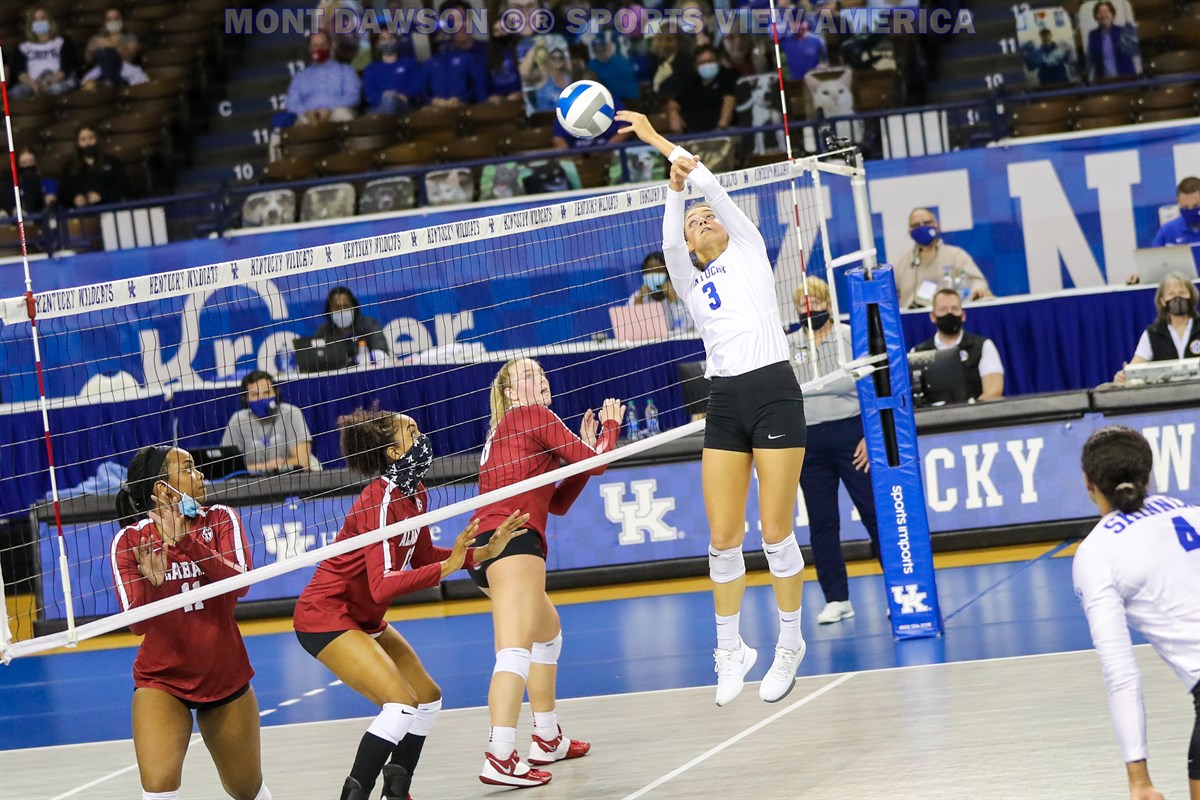 Madison Lilley had 53 assists in the match and the AVCA Player of the Year guided UK to a .349 hitting percentage Saturday, as she also logged a career-high and team-high 19 digs in the process. Lilley’s stuff block in the fourth set put Kentucky up 21-19 and UK saw the match out from there.

Lilley was also named the 2020 NCAA Tournament’s Most Outstanding Player, with Kentucky’s Avery Skinner and Alli Stumler also being named to the 2020 NCAA All-Tournament Team.

Madi Skinner had a career-high 19 kills on Saturday night, with her sister Avery logging 14 in the match. UK as a whole hit .349 as a team, and held the Longhorns to just .333. A large part of that was the defense of Gabby Curry, who had 14 kills in the match and 13 assists, as well, a new career high.

There will be a welcome home celebration for the team on Sunday afternoon at 2:30 p.m. ET inside Memorial Coliseum. Doors will open at 2 p.m. ET. Admission is free.

Texas made the first push of the match in the opening set, as the Longhorns took a one-point lead and stretched it to four at 14-10 off a Kentucky error and UK called its first timeout, trailing 14-10. Kentucky closed the gap to as few as two at 18-16, but a 3-0 run by the Longhorns littered by Kentucky hitting errors pushed the UT lead up to five at 21-16, and Kentucky called its final timeout. UK was never able to go on a run to close the gap, and Texas closed out a 25-20 first set. In the opener, UK hit just .216 with seven errors, the most it’s had in a single set all season.

It was a much stronger start to the second set for Kentucky, who jetted out to a 9-5 lead on the back of a Riah Walker service run and Texas requested the first of its two timeouts just 14 points into the set, trailing by four. Azhani Tealer ignited a UK run of points midway through the set to take a 15-10 lead following an ace from Alli Stumler and Texas called its final timeout of the set trailing by five. Stumler quickly vaulted herself into double-figure kills as she gave Kentucky the lead on a hammer from the left side at 22-14, stretching UK’s lead to a set-high eight points. An ace for Alli Stumler charted her 12th kill of the match and gave Kentucky the second set, 25-18 to even the match at one set all.

Kentucky had the run of play in the third set, leading 6-4 through 10 points, but a 3-0 Texas run quickly cut the deficit and turned it into a lead of its own at 7-6. Madi Skinner ripped a winner down the line to send Kentucky into the media timeout up two at 15-13 after the Longhorns had rallied to tie the set at 13 all prior. A stuff block solo by Madison Lilley brought the CHI Health Center to its feet and handed Kentucky its largest lead of the set at 19-16, and Texas burned its first timeout. Madi Skinner’s 11th kill of the match put Kentucky up three at 23-20 as her shot hit off the Longhorn player and bounced into the stands that prompted Texas to call its final timeout. Out of the stoppage, Texas won the next two successive points to pull within one at 23-22 and Kentucky used its first timeout of the set to get organized. A service error by Texas made it 24-22 and UK won the set on a kill by Madi Skinner to take a two sets to one lead in the match overall with a 25-23 second set.

Kentucky faced its largest deficit of the NCAA Tournament right out of the gates in the third set, as Texas took a 6-1 lead with six-straight points after UK took the first rally of the set and the Wildcats called an early timeout. Kentucky rallied to take a lead at 14-13, its first lead of the set after trailing by an early five points. After a huge challenge win by Craig Skinner and his coaching staff, Texas found itself down 15-13. Elise Goetzinger stuffed a block and Avery Skinner sent her 14th kill of the match to the floor as UK took a 21-19 lead in the set and Texas called its first timeout down by a pair. A Riah Walker service ace took UK’s lead to 23-21 and Texas called its final timeout. A kill from Alli Stumler on the left side ended the match and gave Kentucky the national championship for the first time.