Skip to content
You are here
Home > 01 FEATURED > Legends Agree to Terms with Former Major Leaguers Josh Ravin, Mike Hauschild and 7 others 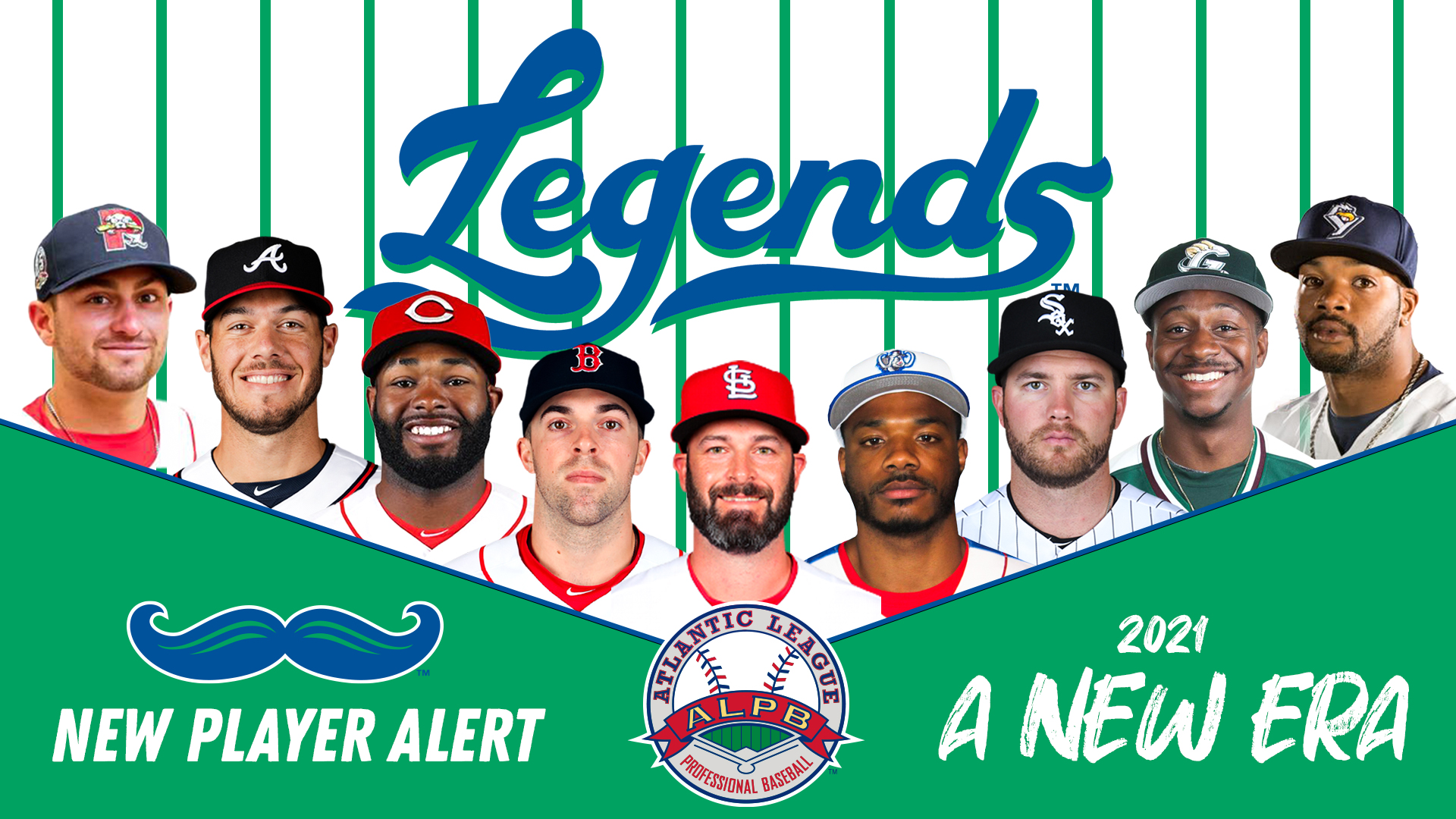 Ravin has spent 14 seasons in professional baseball including appearances in the Major Leagues with the Atlanta Braves and Los Angeles Dodgers. Originally drafted in the 2006 June Amateur Draft by the Cincinnati Reds, the right-handed pitcher has also spent time in Japan pitching for the Chiba Lotte Marines. In 35 big league games, Josh has a record of 2 wins, 3 losses with an ERA of 5.12.

Cole Sturgeon returns to the Legends after a successful season playing for the Leyendas in the Battle of the Bourbon Trail. Born in Owensboro, KY Cole was a standout at Owensboro Catholic where he was a two-time All-State Selection and two-time region player of the year. Sturgeon was also named Academic All-State all four years of High School. Sturgeon joined the University of Louisville in 2011 and was Second Team All-Big East. After several outstanding seasons, Cole was drafted by the Boston Red Sox in the 10th round of the 2014 MLB June Amateur Draft. Sturgeon brings a unique aspect to the team as you will see him in the outfield as well as on the mound out of the bullpen. The two-way player racked up 2,399 plate appearances in the minor leagues while making six appearances out of the bullpen.

Bryan Quillens joins the Legends after spending the 2019 season with the West Side Woolly Mammoths of the United Shores Professional Baseball League. The Austell, Georgia native spent two years at EKU after transferring from Georgia Highlands College.

Starting Pitcher Mike Hauschild, another Battle of the Bourbon Trail veteran, joins the Legends in 2021. Hauschild was originally drafted by the Houston Astros in the 33rdround of the 2012 MLB June Amateur Draft. Mike spent several seasons in the minors before making his Major League debut in 2017 with the Texas Rangers. He also made two appearances for the Toronto Blue Jays in 2018. During the Battle of the Bourbon Trail, Hauschild pitched to a 2-1 Record with a 1.98 ERA. He struck out eighteen batters in thirteen innings.

D.J. Peterson will man the hot corner for the Legends in 2021. Peterson a 1st round draft pick of the Seattle Mariners in 2013, spent seven seasons in the minors before joining the Sugar Land Skeeters of the Atlantic League in 2019 where he hit .305 with 8 home runs and 20 runs batted in. D.J. has 108 homeruns during his minor league career along with 411 runs batted in. Peterson also played for Team USA while hitting clean-up for the University of New Mexico Lobos.

2012, 1st round draft pick, Courtney Hawkins joins the Legends after spending the 2019 season with D.J. Peterson in Sugarland. Hawkins was drafted by the Chicago White Sox 13th overall in 2012 and spent 8 seasons in the minors hitting 104 home runs while driving in 384 runs. Hawkins has also spent time playing for Monterrey in the Mexican Pacific Winter League. Hawkins additionally spent time in the Reds and Giants systems reaching Triple-A for both teams.

Infielder Nick Lovullo will be wearing the Stache after spending the previous four seasons in the Red Sox system and reached AAA in 2019. Lovullo was drafted by the Red Sox in 2015, and after not signing, was re-drafted by the Sox in the 20th round of the 2016 Major League Baseball Amateur Draft. Lovullo is the son of current Arizona Diamondbacks Manager, Torey Lovullo.

Ty’Relle Harris is no stranger to the Atlantic League, Harris has spent parts of 6 seasons in the league playing for Bridgeport, York, and Lancaster. Prior to joining the Atlantic League, Harris was a 19th round draft pick of the Atlanta Braves after a standout collegiate career at the University of Tennessee. Harris joined the Cubs organization in 2010 after being delt for Major League First Basemen, Derrek Lee. Harris spent the 2019 season pitching in the Australian Baseball League for the Sydney Blue Sox, where he pitched to a 3.93 ERA in 21 appearances.

The Legends have also agreed to terms with infielder Tillman Pugh. Originally a 15thround draft pick of the New York Mets in 2010, Pugh is familiar with Lexington, he spent two seasons in the South Atlantic League for the Savanah Sand Gnats and Kannapolis Intimidators. Pugh also played under manager PJ Phillips for Vallejo of the Pacific Association.

“We are very excited to have these young men join our team and continue the mission of filling our roster with the highest level of talent and guys with ties to our community.” – Says Legends President and CEO Andy Shea.

The Legends now have 21 players signed to their active roster. Spring Training begins on May 17th in Lexington, KY

Opening Day for the Legends is June 1st. Fans can purchase tickets by visiting lexingtonlegends.com. Face Coverings are required at the ballpark.

About the Atlantic League of Professional Baseball (ALPB)

The Atlantic League is the first Professional Partner League of Major League Baseball, a player gateway to the major leagues, and a leader in baseball innovation. ALPB has sent over 950 players to MLB organizations while drawing over 42 million fans to its family friendly ballparks throughout its 24-year history. Please visit www.AtlanticLeague.com.