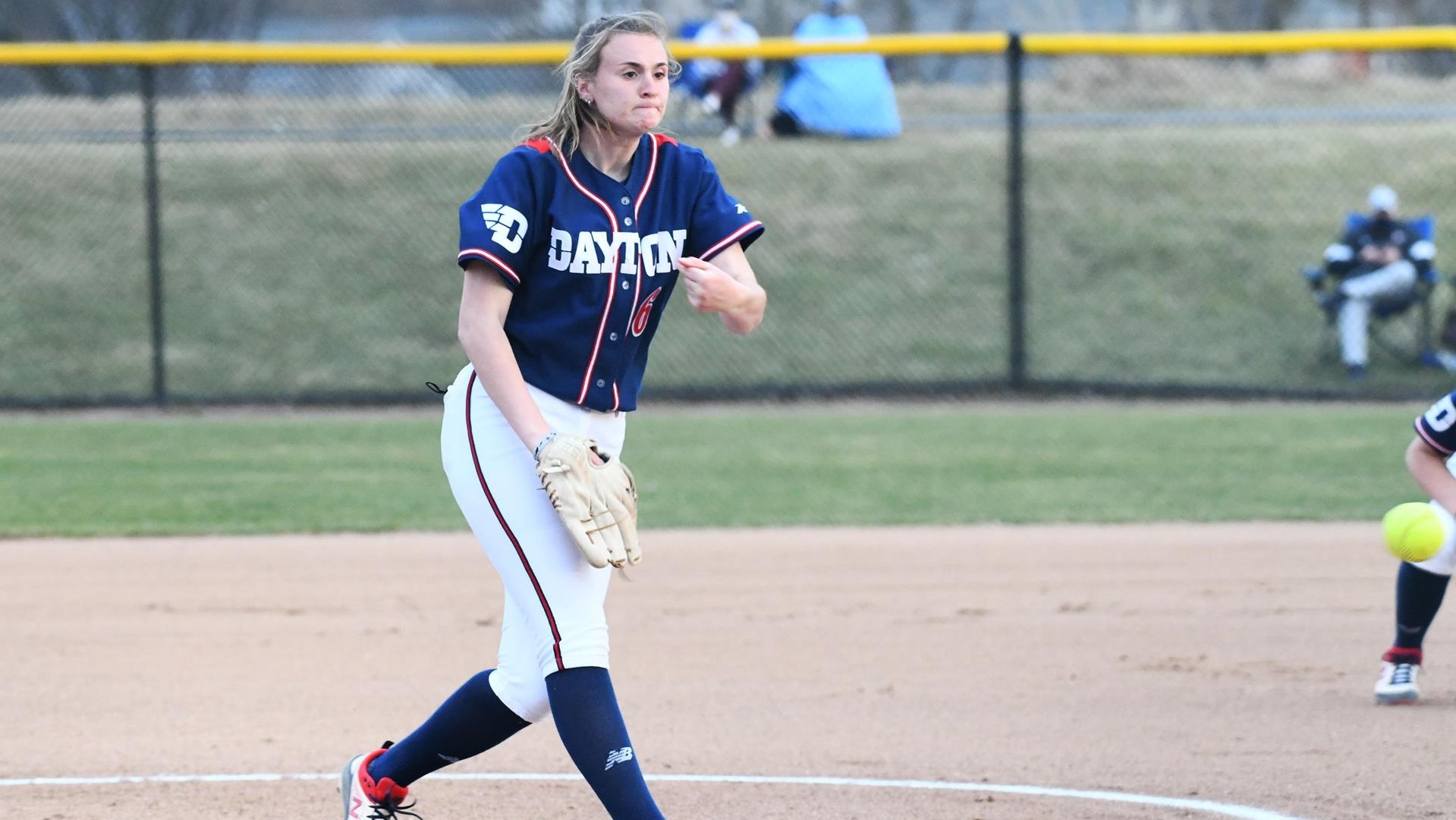 With the wins, Dayton has qualified for its eighth-consecutive appearance in the Atlantic 10 Softball Championship*.

GAME ONE
Dayton 6, Saint Louis 4
• 12 – both teams tallied a total of 12 hits in game one
• 8 – freshman left-handed pitcher Addy Bullis tallied eight strikeouts for the second-consecutive game and this was her seventh game this season with at least eight Ks
• 4 – junior Alyssa Cacini went 2-for-2 at the plate, knocking in a career-high-tying four RBI
• 3 – freshman Megan Ward tallied three hits, her fifth game this season with three or more hits
Winning Pitcher: Bullis (11-6) – 6.2 IP, four earned runs on 11 hits with eight strikeouts to one walk
Save: Sarah Bailitz (4) – 0.1 IP, one strikeout on one batter faced
Losing Pitcher: Wendling (9-8) – 6.0 IP, six earned runs on 12 hits with zero strikeouts and one walk

UP NEXT
Dayton and Saint Louis will close out the regular season Sunday with a Mother’s Day doubleheader. First pitch is set for 12 p.m. at UD Softball Stadium. Live stats will be available for both games.

ATTENDANCE AT UD SOFTBALL STADIUM
Based on campus and local COVID-19 protocols and capacity restrictions, Dayton home athletic events will not be open to the general public. Limited seating is available to guests of Dayton student-athletes (names must be on a pass list for admission). Currently, visiting team fans are not permitted in/at the facility. Additionally, attendance at Dayton home athletic events will be socially distanced and fans are required to wear masks.