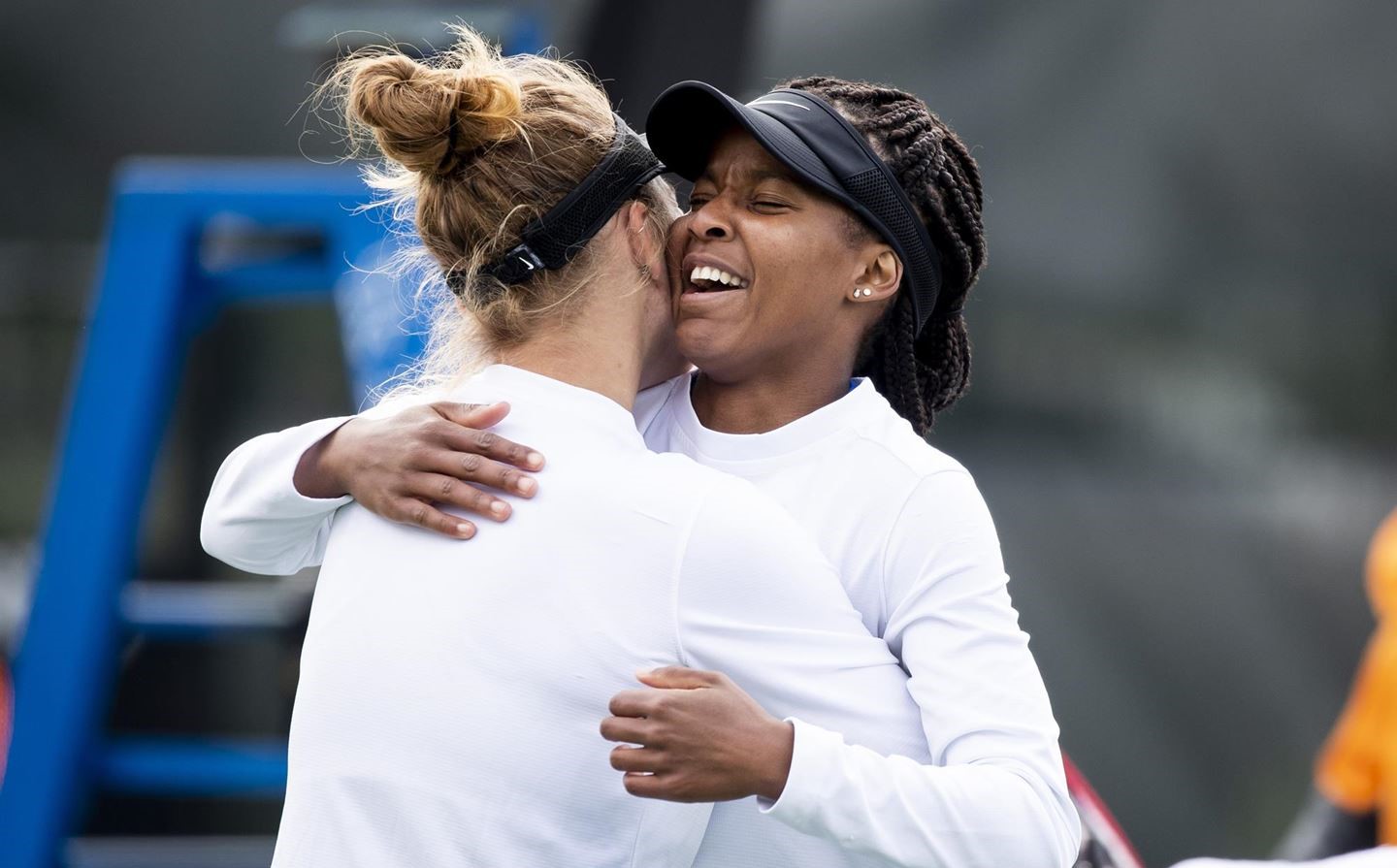 BERKELEY, Calif. – Despite a tenacious comeback effort, the Kentucky women’s tennis team fell, 4-2, to the No. 16 overall seed Cal on its home court Saturday afternoon at the Hellman Tennis Complex. After dropping the doubles point for just the sixth time this season the Wildcats needed to win four singles points to advance to the next round of competition.

Akvilė Paražinskaitė and Lesedi Jacobs earned wins on courts No. 1 and 2, but the Wildcats could not overcome wins at courts four, five and six despite a valiant effort.

The Wildcats conclude their season at 16-9 overall. Cal moves to 19-6 and advances to the NCAA Super Regionals in Orlando.

In doubles action, Anna Bright and Hannah Viller Moeller captured a 6-1 win on court No. 2 to give the home squad the edge for the doubles point. After facing as big of a hole as a 5-2 margin, Fiona Arrese and Paražinskaitė clawed back to force a tiebreak. Cal’s tandem of Haley Giavara and Valentina Ivanov prevailed by a 7-6 (6) score to capture the point. Jacobs and Elizabeth Stevens were in the midst of a tiebreak at 6-6 as well but the match went unfinished because of Cal’s victory on court No. 1.

Stevens opened the match with a 6-2 win but dropped a 6-1 score in the second set. Jada Bui claimed the Bears’ final point following wins in two successive games after Stevens had knotted the score at five apiece in the third.

Carlota Molina had just forced a decisive third set on court No. 3. After falling 7-6 in the opening stanza, she rebounded for a 7-5 win in the second frame. Molina had edged ahead 1-0 in the third, but the match went unfinished after Cal’s victory in the fourth post.

Although UK’s season concluded with today’s loss, Paražinskaitė and Arrese will form the No. 1 overall seed in the NCAA Doubles Tournament May 23-28, while Paražinskaitė also earned an at-large bid into the singles draw. The competition will take place at the UTSA National Campus in Orlando.

All matches shall be the best-of-three sets. No-ad scoring and a 7-point tiebreaker (first to seven points, must win by two points) at six-games-all will be used for all matches. In doubles, a 10-point match tiebreaker will be played in lieu of a third set.