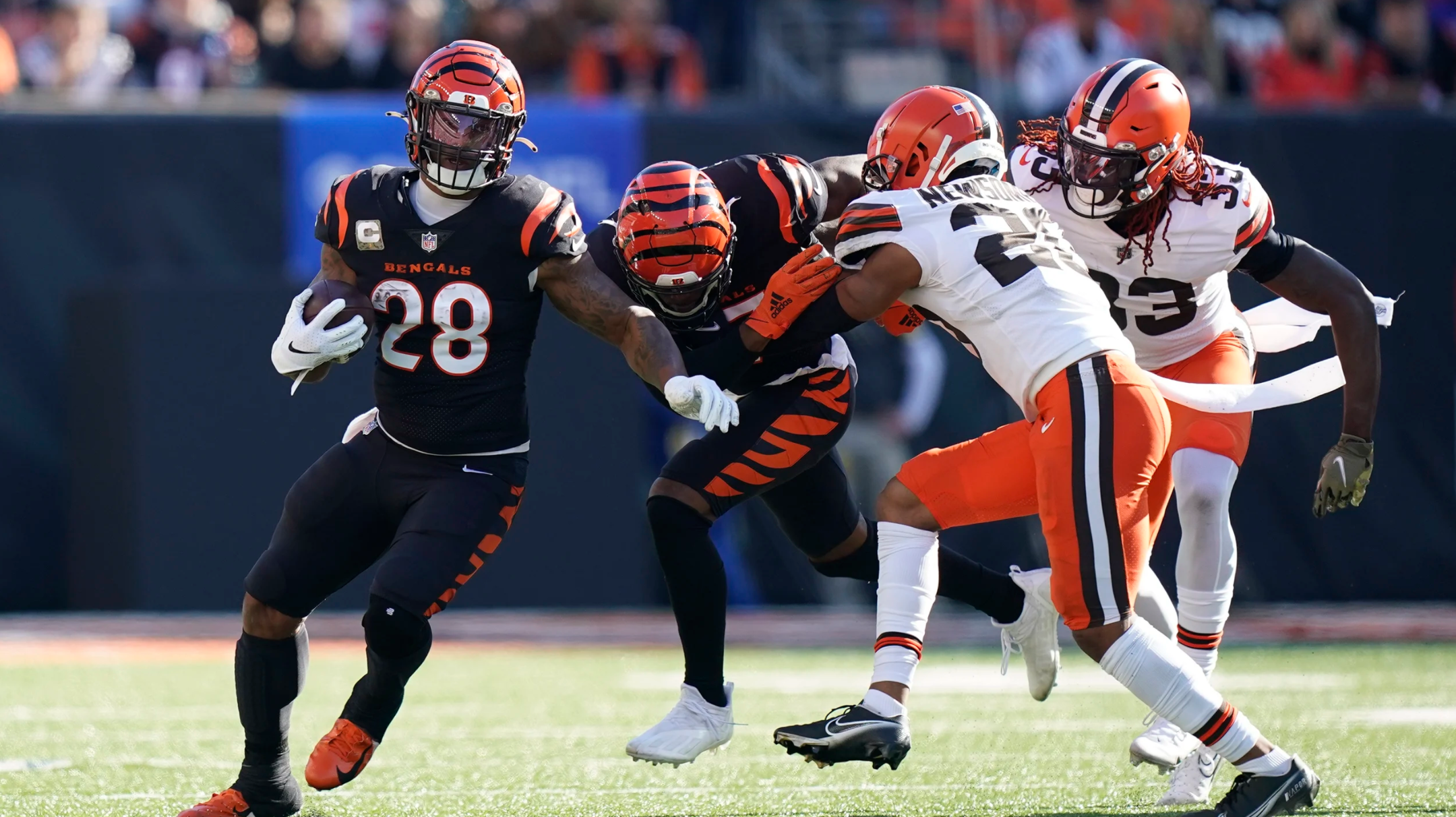 (CINCINNATI, Oh.) – With the Cincinnati Bengals, you never know what to expect. A thoroughly deflating 41 – 16 defeat to the Cleveland Browns in the Battle of Ohio convinced the reported 65,451 fans in attendance at Paul Brown Stadium that the Bengals’ early season success was merely a facade.

Remember, just two short weeks ago, Cincinnati was flying high. Long-suffering fans, and even a few hard-core critics, thought the team had finally turned the corner. The offense was humming, the defense began making big play after big play, and even the coaching staff seemed to be making all the proper on-the-field decisions.

Then came the 34 – 31 head-scratching debacle against the lowly New York Jets, and everybody suddenly reverted. Following today’s stinker of a performance, many questions still remain as a 5 – 4 Bengals team limps into its scheduled bye week.

“We didn’t deserve to win, Cleveland did,” said head coach Zac Taylor immediately after the game ended. “People are going to paint a picture of overreaction when you lose two games in a row. We are not.”

This one got off to a rather inauspicious start. A nicely choreographed Bengals’ march down the field on their first series turned on a dime when Cleveland cornerback Denzel Ward intercepted a Joe Burrow pass and returned it 99 yards for a 7 – 0 Browns lead.

Cincinnati responded by marching 75 yards right down the field again, with running back Joe Mixon taking it in for a 11-yard touchdown, tying the score at 7. Game on, right?

WRONG! From there it was all Cleveland. Browns quarterback Baker Mayfield, who had been relatively ineffective through the air this entire season, suddenly remembered he rarely loses to the Bengals. The former Heisman winner from Oklahoma turned in another solid performance and is now 6 – 1 against his in-state divisional rival. On the afternoon, the fourth-year signal caller completed 14 of 21 passes for 218 yards and two touchdowns through the air. Nick Chubb did the damage on the ground, racking up 137 yards and two touchdowns of his own on 14 rushing attempts.

What ultimately did the Bengals in, however, were the turnovers. Burrow threw two interceptions on the day while rookie wide receiver Ja’Marr Chase also coughed up the ball once in the first half. Cleveland scored 16 brownie points off those three miscues.

Prior to the game today, Burrow was third in the NFL in touchdowns (20) and fifth in the league in passing yards (2,215). Today, he failed to throw a touchdown pass for the first time all season. For the day, Burrow completed 28 of 40 passes for 282 yards. Chase, his LSU cohort, also had a subpar game with only 6 catches and 49 yards to show for his efforts. In addition to his fumble, he also dropped a touchdown pass late in the third quarter.

Mixon was the lone bright spot for Cincinnati, rushing the ball 13 times for 64 yards and two touchdowns. He also caught 5 passes for an additional 46 yards.

Although the offense failed to produce, what’s really puzzling is the Bengals’ defensive inconsistency. Through the first seven weeks, Cincinnati’s defensive unit masqueraded as one of the league’s best. Today, they were exposed for the second time in two weeks—this time giving up a 60-yard passing touchdown and a 70-yard running touchdown in addition to the 41 points on the scoreboard.

Here’s what we do know after the loss today. Cincinnati still controls its own destiny in the AFC North. They’ve already beaten Pittsburgh and Baltimore on the road. Had they won today, they would have been sitting pretty atop the division. However, with the loss, they drop all the way back to last place in a tightly bunched grouping. What a difference a couple of bad games can make. Taylor doesn’t think the losing streak is a harbinger of bad things to come.

And yet, there’s this nagging feeling among die-hard Bengals fans that this deceptive winning record is a flimsy house of cards that will ultimately come crashing down as playoff season approaches. After all, isn’t that how it plays out every year?

True, but one thing’s dramatically different this year. Despite his lukewarm performance today, Joe Burrow is the real deal—a natural talent who can make throws to tight windows while under duress. You can’t teach that. The guy creates opportunities for big plays when those big plays simply aren’t there. Big time rush? No problem. Throwing off the wrong foot? He’ll still make it happen. He’s also got plenty of playmakers in Chase, Tee Higgins, and Mixon to help him out in a pinch. Tweak the offensive line to give him a bit more protection, and I still think the Bengals should be playing well into January.

But let’s not get too far ahead of ourselves. There’s plenty of football to be played. It’s time for Cincinnati to regroup, refocus, and recapture some brownie points. Lord knows, you can’t be giving 41 of them away every week.

Dr. John Huang covers professional sports for Sports View America. His latest books, KENTUCKY PASSION and FROM THE RAFTERS OF RUPP, are available in bookstores and online. You can follow him on Twitter @KYHuangs.