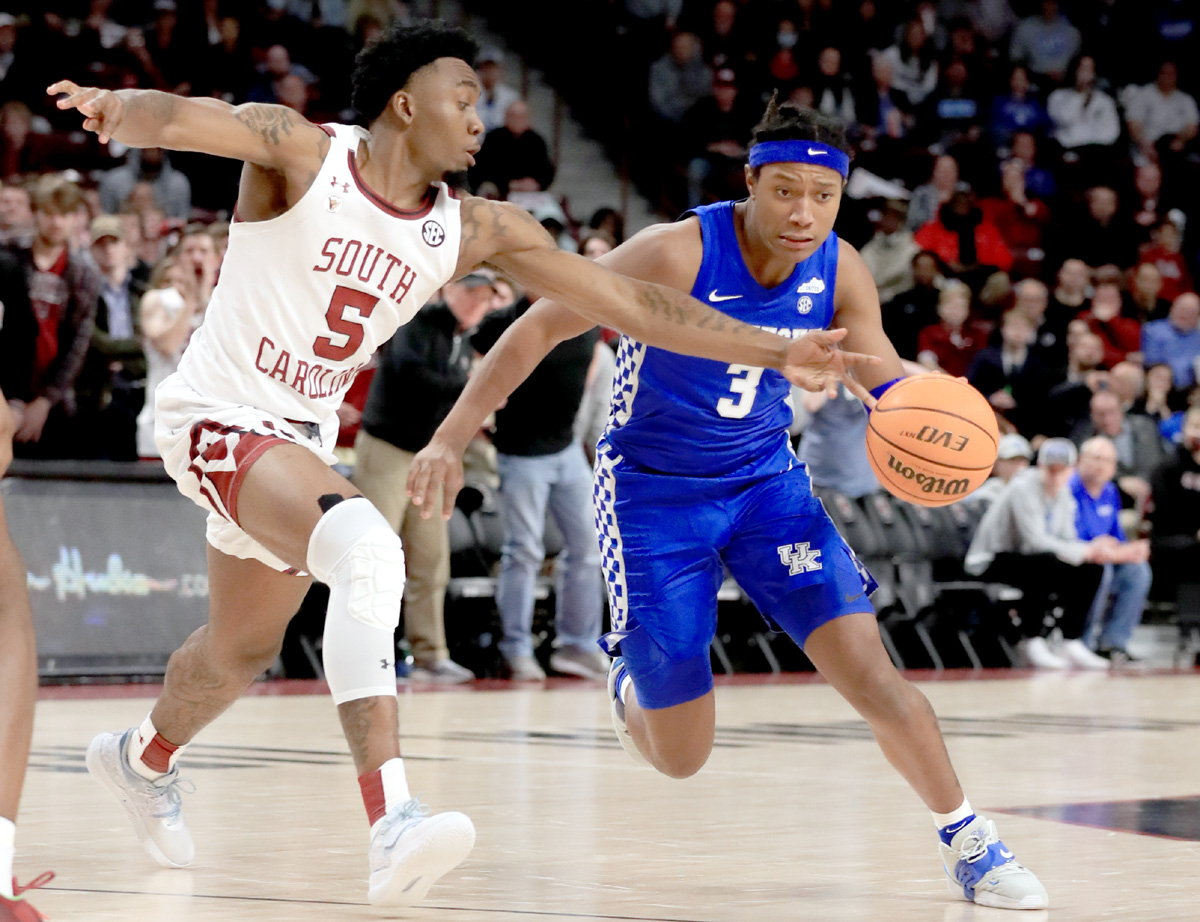 UK traveled to South Carolina in hopes of keeping the hot run going against the Gamecocks. UK would prevail 86-76.

The Cats held a 39-34 lead despite a subpar 1st half by Mr. All Everything Oscar Tshiebwe only having 6 points and 2, that’s right 2 rebounds.Tshiebwe has been scoring 15 plus points and pulling down 15 rebounds per game. Kentucky led by 5 at the half due to the play of Jacob Toppin with 10 and Kellan Grady with 8. Sahvir Wheeler contributed 7 assists in the 1st half. UK did have 13 assists on 16 baskets but also committed a very bad 10 turnovers.

The Cats found a better offensive rhythm behind Tshiebwe, Brooks and TyTy Washington as they scored 12, 11, & 12 respectively. Oscar final got in a groove as he pulled down 12 second half rebounds giving him 14 for the game. The Cats did produce 12 more assist while still committing 6 more turnovers.