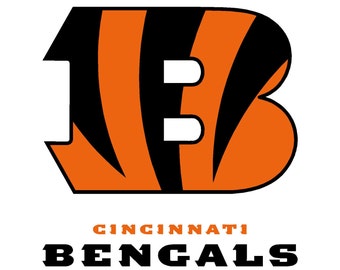 Sports View America is proud to have covered the Cincinnati Bengals throughout the season and at every playoff game. SVA is proud to have been selected to cover the 56th Super Bowl. We worked hard for our credentials, nothing was handed to us, it was earned.

LOS ANGELES — The temperature peaked at 87 degrees as the Cincinnati Bengals held its final major workout before Super Bowl LVI. At Drake Stadium, on the campus of UCLA, the team opened with its usual stretching, followed by a special teams period, individual work, team periods, kickoff and field-goal work, and another team period to end it.

“It’s a big workday for us and the guys handled it really well,” Coach Zac Taylor said. “The guys have done a great job hydrating, and we’ll be prepared for Sunday.”

For the first time since suffering a knee injury in the AFC Championship against the Kansas City Chiefs, tight end C.J. Uzomah practiced, albeit on a limited basis. He participated in individual work and observed team periods.

When asked if Uzomah is on track to play Sunday against the Rams, Taylor said he’s “always careful” to declare one way or the other “but so far, so good.”

Offensive guard Jackson Carman, who was limited Wednesday because of a back injury, progressed as well and was listed Thursday as a full participant. Receiver Stanley Morgan (hamstring), defensive end Cam Sample (groin) and defensive tackle Josh Tupou (knee) were also full participants.

At this point, after a week of practice inside the University of Cincinnati’s indoor practice facility and now two full days of practice and walkthroughs here in L.A., the Bengals have installed the game plan and completed the bulk of their on-field prep for Sunday. The last bit of refinement will come Friday.

“We got one more red-zone day tomorrow just to perfect some things, but these guys have been aware of the plan for two weeks now, so they’re very confident,” Taylor said. “Today was the last big work day. Tomorrow is much lower volume as these guys get their legs back underneath them and get ready to play.”

Often a challenge for teams in the Super Bowl is minimizing distractions to keep the focus on the game. Taylor seems to have no concerns about his team, however.

“I think our players have done an outstanding job of that,” he said. “They have great energy when they’re in the building with us and at practice, so they must be doing the right things at night. I feel like we’re in a really good place.”

The Bengals have one more day of practice and walkthrough at Drake Stadium. Then on Saturday, it will hold its final walkthrough before heading to SoFi Stadium for team photos.