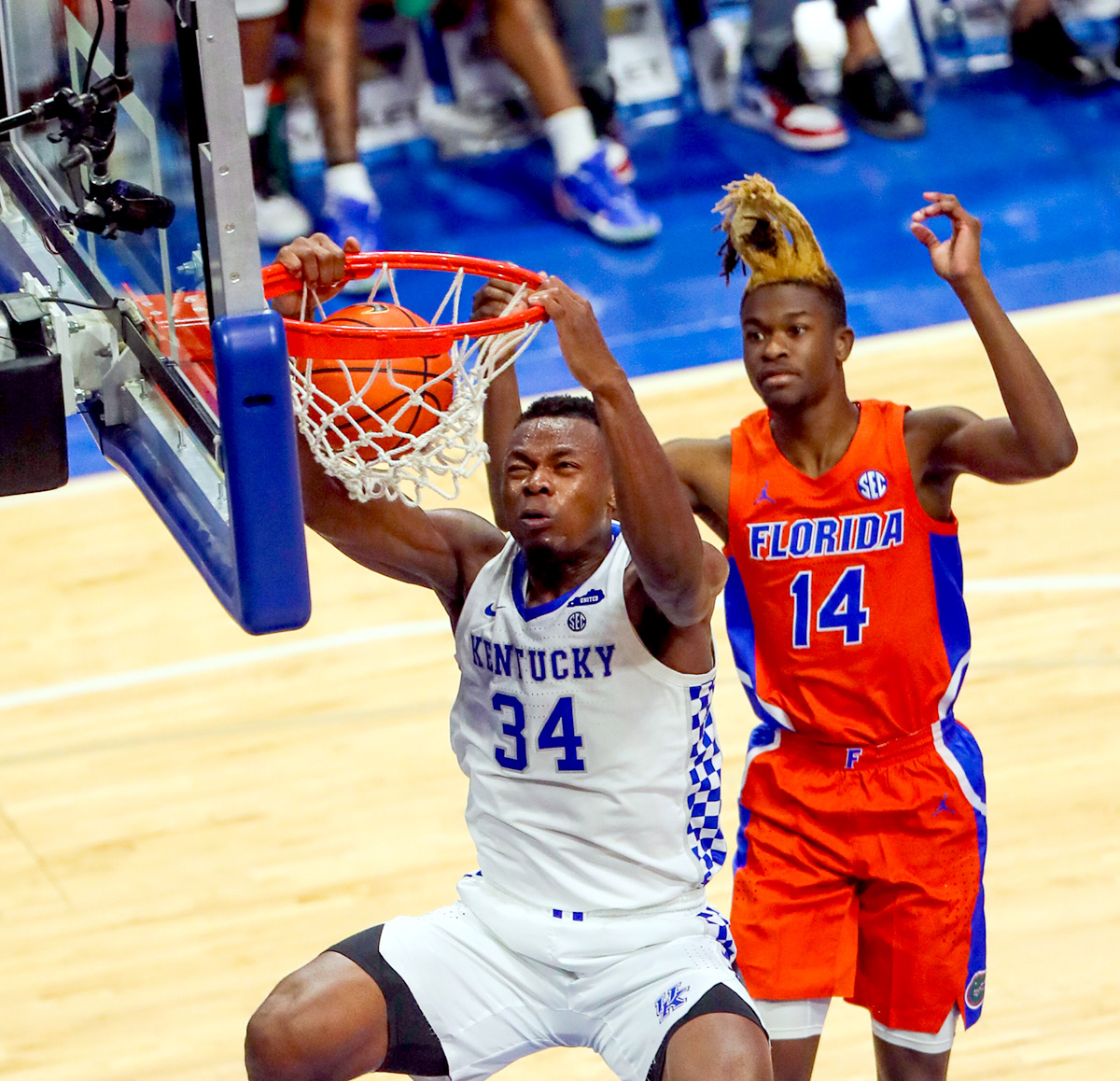 UK continued to build momentum towards the SEC & NCAA Tournaments with a convincing win over visiting Florida. Oscar Tshiebwe continued one of the best seasons by any player in recent years. Oscar scored 27 points, grabbed 19 rebounds and had 3 steals in a dominating performance Saturday afternoon. Kellan Grady dropped in 15 point hitting 4 three pointers.

Kentucky ran it’s win streak to 6 games and 10 of 11 with the only loss in between being the loss at Auburn. UK travels to #19 Tennessee Tuesday and surely will give UK an idea of just how good they are. Tennessee has won 4 in a row and looks to be tuning up for the SEC Tournament as well.

Kentucky is trying to win back fans after an absolutely disastrous season that saw fans abandon UK after a lackluster season that saw the Cats win just 9 games. Notably the biggest thing that upset fans was the taking a knee by players and coaches. This went against everything true blue Wildcat fans believed in. Coach Cal seems to be re-energized and has this veteran bunch of Cats playing on the same page.

On a side note, Coach Cal put the Shaedon Sharpe rumors to bed letting everyone know Sharpe would not play this season. Most fans are skeptical about Sharpe playing for UK at any point this season or next. Sharpe’s draft status could mean the difference in his going pro or coming back to play for the Cats next season. Fans believe Sharpe has the talent to play now, but the question fans are wondering out loud is, will Cal let him risk injury in order for the Cats to win? Cal has openly stated he will not play Sharpe just to gain wins.