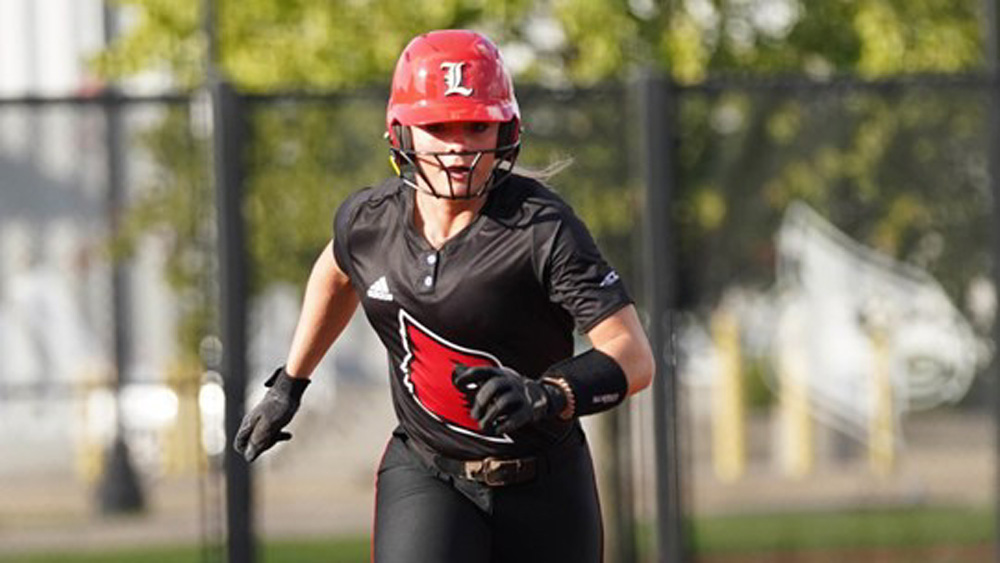 GAINESVILLE, Fla. – The University of Louisville softball team scored three runs in the bottom of the eighth inning to beat Villanova 3-2 Sunday morning in the final game of the T-Mobile Classic.

With the international tiebreaker rule in place, Easton Lotus started the home half of the inning as a runner at second base. The freshman moved to third on a wild pitch and Carmyn Greenwood’s RBI single put the Cardinals on the scoreboard. One out later, freshman Korbe Otis drove her first career triple into left centerfield to send Greenwood home, tying the score at 2-2. File stepped up to the plate and delivered an RBI hit to score Otis and give the Cardinals the 3-2 walkoff win.

The teams played through seven scoreless innings before the Wildcats (3-7) broke through in the top of the eighth when Sydney Hayes was placed as a runner at second base and Paige Rauch led off the frame with a two-run homer to right field.

Greenwood went 3-for-4 with a double, a run and an RBI to lead the Cardinals at the plate. Lotus and File tallied two hits apiece. Sophomore Gabby Holloway (2-0) picked up the win, holding the Wildcats scoreless and striking out one in the eighth inning. Roby tossed 7.0 innings and allowed two runs, one earned, on five hits while fanning six.

Kelsey White (1-2) took the loss after surrendering three runs, two earned, on 10 hits and striking out three in 7.1 innings.

Louisville (7-3) will return to action next weekend when the Cardinals travel to Fayetteville, Ark., to face No. 10/10 Arkansas along with Kansas, Southeast Missouri State and Nebraska in the Wooo Pig Classic.

NOTES:
• Freshman Easton Lotus has reached base safely via a hit or walk in all 10 games this season
• Louisville turned two double plays, marking a season high through the first two weeks of play
• The Cardinals are now 2-0 in extra inning games this season (both against Villanova)
• Louisville now holds a 16-2 advantage in the series against Villanova