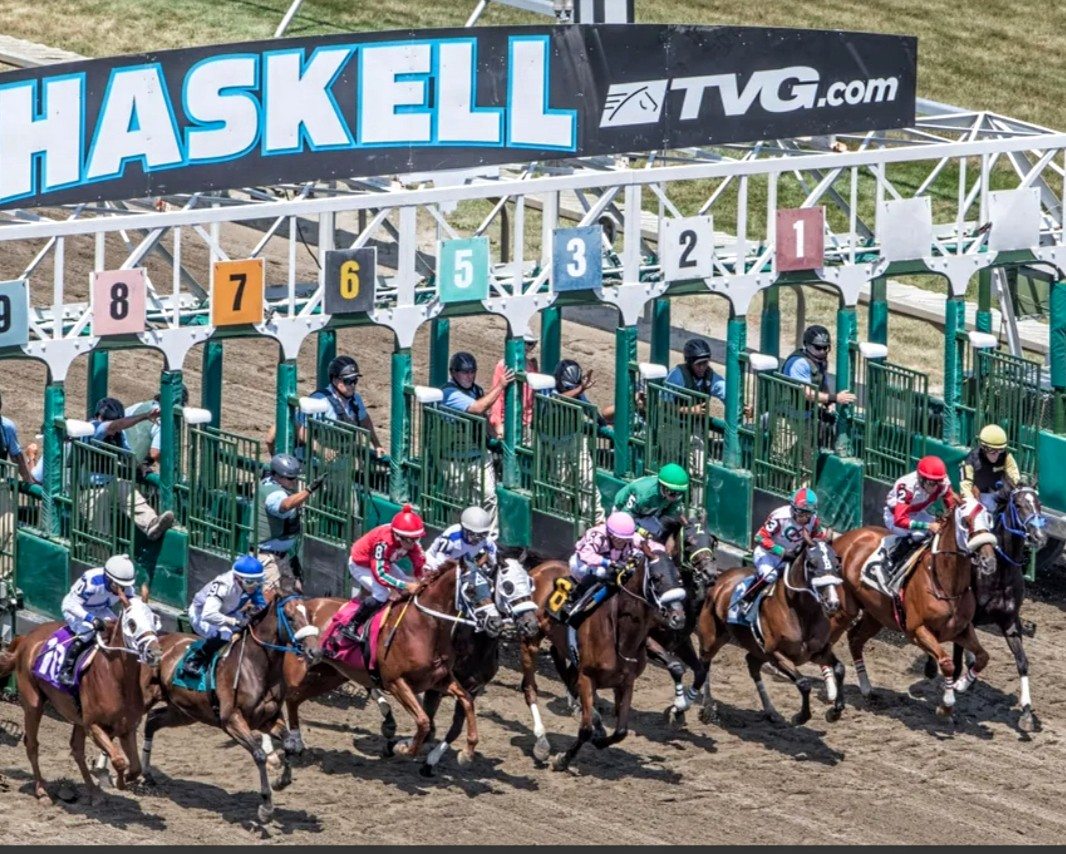 Trainer Chad Brown may have dominated the day on Saturday at both Saratoga and Monmouth, with five wins on the day at the latter, but Cyberknife and Louisville’s Brad Cox took the honors in the $1,000,000 G1 Haskell Invitational. The son of Gun Runner set the mile and an eighth track record for the second time in less than three hours, covering the distance in a blistering 1:46.24. Brown’s Highly Motivated had set the record earlier in the G3 Monmouth Cup, but his fame was short lived. Obviously, the “concrete road” aka Monmouth Park track was producing some very fast times. 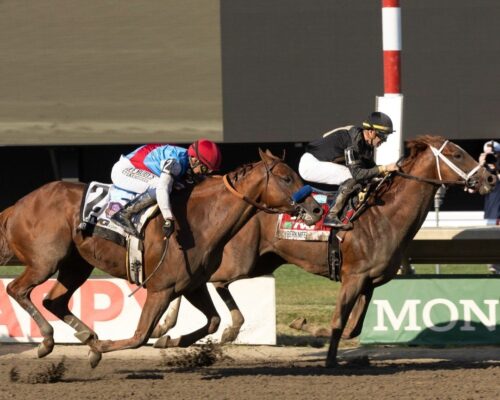 Cyberknife was a $400,000 Keeneland yearling purchase for owner Al Gold. A native of New Jersey who has attended more Haskells than he can count, Gold was elated to win such a prestigious race over his home surface. In fact, he was so excited, he he used some extremely colorful language in the post-race interview!
Gold named the colt after the instrument used to treat his prostate cancer. Clever. And, arguably, the best horse he’s had in his fifteen years of ownership.
The Haskell is the second G1 win for Cyberknife.  He also won the Arkansas Derby in April. Cyberknife came into this race with a win in the G3 Matt Winn at Churchill Downs. He bested Howling Time in that race, who finished fourth for trainer Dale Romans in the Haskell.
Cyberknife received an impressive 102 Beyer for his winning effort and jockey Florent Geroux deserves a similar accolade for the ride! In this author’s opinion, it was one of the better piloting jobs I’ve seen in 2022.
Heavy (3-5) favorite and undefeated phenom Jack Christopher gave it all he had for his first attempt around two turns. But he did not have enough in the tank to stay the distance. Cyberknife moved to the rail and rolled up on the battle between Jack Christopher and the Baffert-trainee Taiba as Brown’s horse weakened. Cyberknife prevailed, earning a “Win and You’0re In” spot in the Breeders’ Cup Classic.
Cox noted that Cyberknife needs a target to run at, and the race set up perfectly for him. However, jockey Florent Geroux did some brilliant maneuvering to put him in that spot.  Geroux indicated he had plenty of horse underneath him. He also said Cyberknife has the turn of foot of a turf horse on the dirt. That could bode well for him in his next start which is expected to be the G1 Travers at Saratoga on August 27th.
Cyberknife has already shipped from Monmouth to Saratoga. And, he apparently came out of his New Jersey victory in good order.
The field for the G1 Travers is likely to include Kentucky Derby winner Rich Strike. It is worth noting trainer Eric Reed has also nominated Rich Strike to the West Virginia Derby.
The G1 Travers is often referred to as the Summer Derby as it draws a smaller but similar group of talented horses. It is the highlight of the star-studded Satatoga meet.