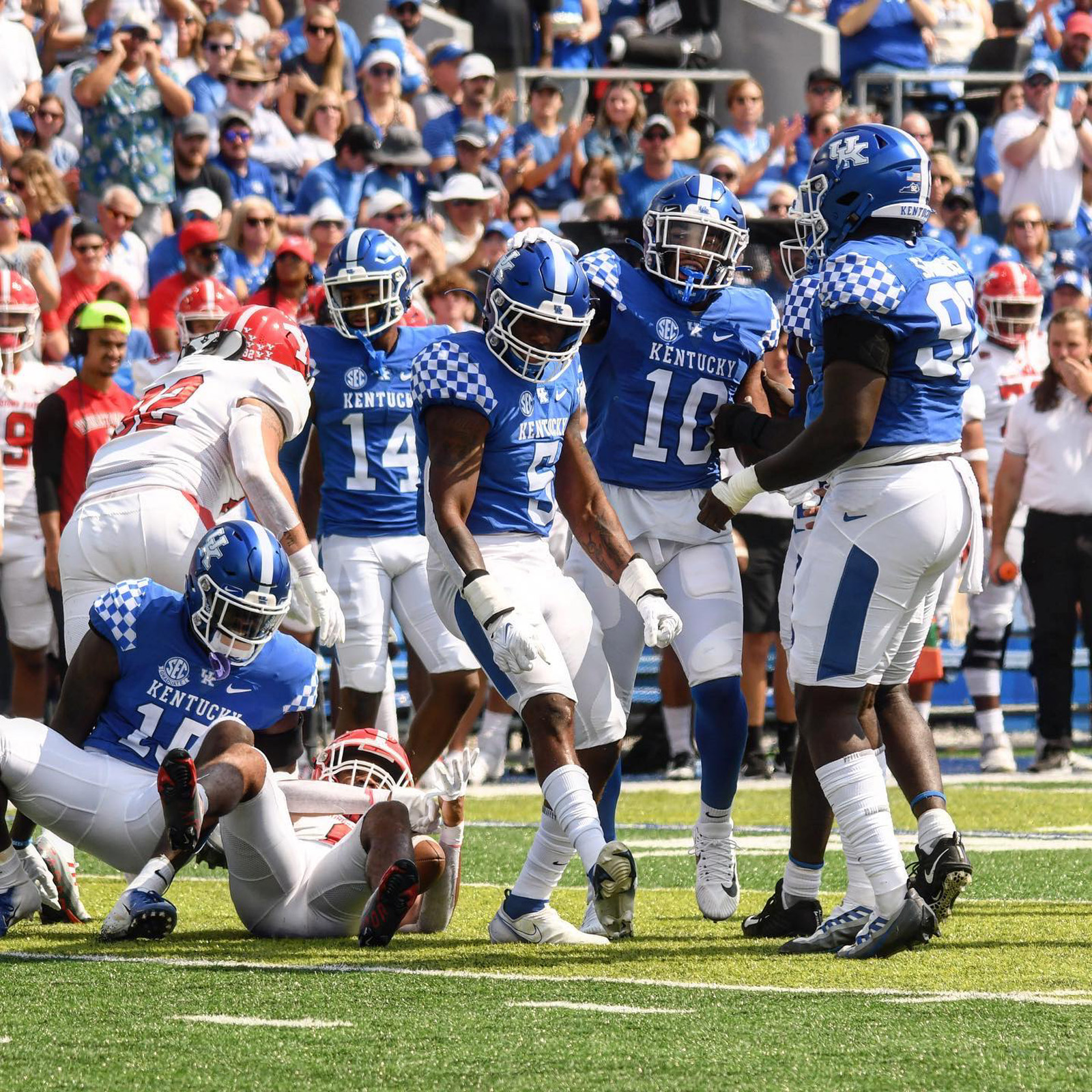 Lexington, KY 9-17-22 – Today’s game against Youngstown State was more than just a win, it was a celebration and a reunion for Mark Stoops. After upsetting the Gators last week, Stoops passed Bear Bryant as the all-time winningest coach at the University of Kentucky. As if the schedule was perfectly planned, the game after breaking Bryant’s record Kentucky was set to play Stoops’ hometown team of Youngstown State. Even more special it was also Hero’s Day at Kroger Field that allowed the Big Blue Nation to show their appreciation for the military members, police officers and firefighters.

The Wildcats 31 to 0 win over the Penguins makes Kentucky a perfect 3-0 to start the season and was the first-time Stoops has held an opponent scoreless. If you include the second half of the Florida game, Kentucky has not let an opponent score in the last six quarters.

The Wildcat’s offense looked shaky early on, but picked up the pace after the first quarter and scored three touchdowns in the second quarter. Besides two interceptions, Will Levis had an overall great game passing for 377 yards and 2 touchdowns. Dane Key, who has now scored a touchdown in all three of his first games, ended the game with 90 yards receiving including a touchdown.

The defense did not disappoint. Allowing only 192 total yards for Youngstown and not allowing a single score. My player of the game goes to Carrington Valentine who saved two touchdowns with an endzone pass break-up and an interception.

The Wildcats did what they were supposed to do with a non-conference opponent and dominate the game. 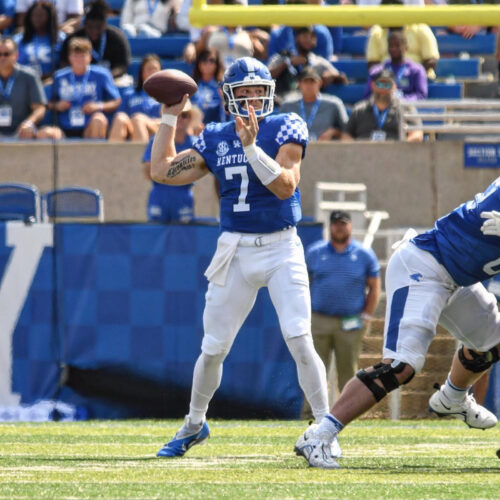 After the game Marks Stoops said the offense was “inconsistent at times, but we will continue to work and improve on it.”

Kentucky will host Northern Illinois next Saturday. The game will kick-off at 7pm and will be televised on ESPN 2.

Youngstown State won the coin toss and deferred to the second half. Kentucky and Youngstown both failed to convert any points on their first two possessions. A blocked punt set Kentucky up for a score, but Youngstown intercepted the ball on the 3-yard line. Neither team were able to score in the first quarter, but after a 15-yard catch by Tayvion Robinson the Cats were set to score in the second. 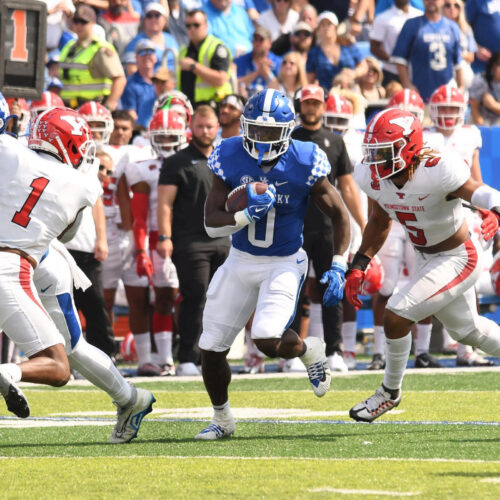 The first score of the game came on a 1-yard quarterback sneak by Will Levis. After stopping the Penguins on the next possession, Kentucky moved the ball much better and scored their second touchdown on a 3-yard pass to Dane Key giving the Cats a 14-0. A Kentucky fumble on UK’s 45 set Youngstown up in their best position of the game, however, the Penguins could not convert and punted. Kentucky made good on their final possession of the half scoring a touchdown on a 2-yard pass from Will Levins to Chris Lewis. The first half ended with the Wildcats winning 21-0. 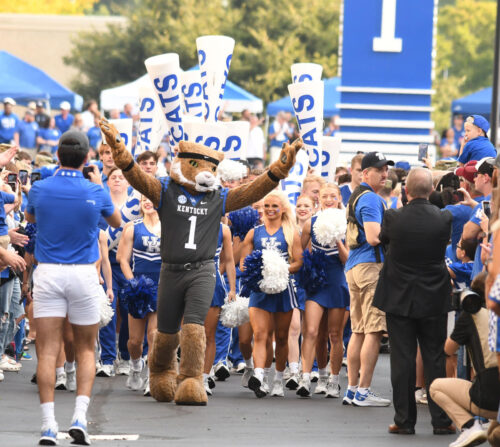 Coming out of the locker room after the half, Youngstown State moved the football down the field and tried to score on a 4th and 10, but the pass was broken up by Carrington Valentine in the end zone. Kentucky scored their fourth unanswered touchdown of the game on a 7-yard rush by Kavosiey Smoke. The Penguin’s, Jaleel McLaughlin, caught a 64-yard pass to put them near the goal line. Carrington Valentine saved the day once again by intercepting the ball in the endzone.

It was an uneventful quarter until a 30-yard pass reception by Bryce Oliver that set Kentucky up for a field goal which would be the final score of the game. The game ended with the Cats in the lead 31-0.