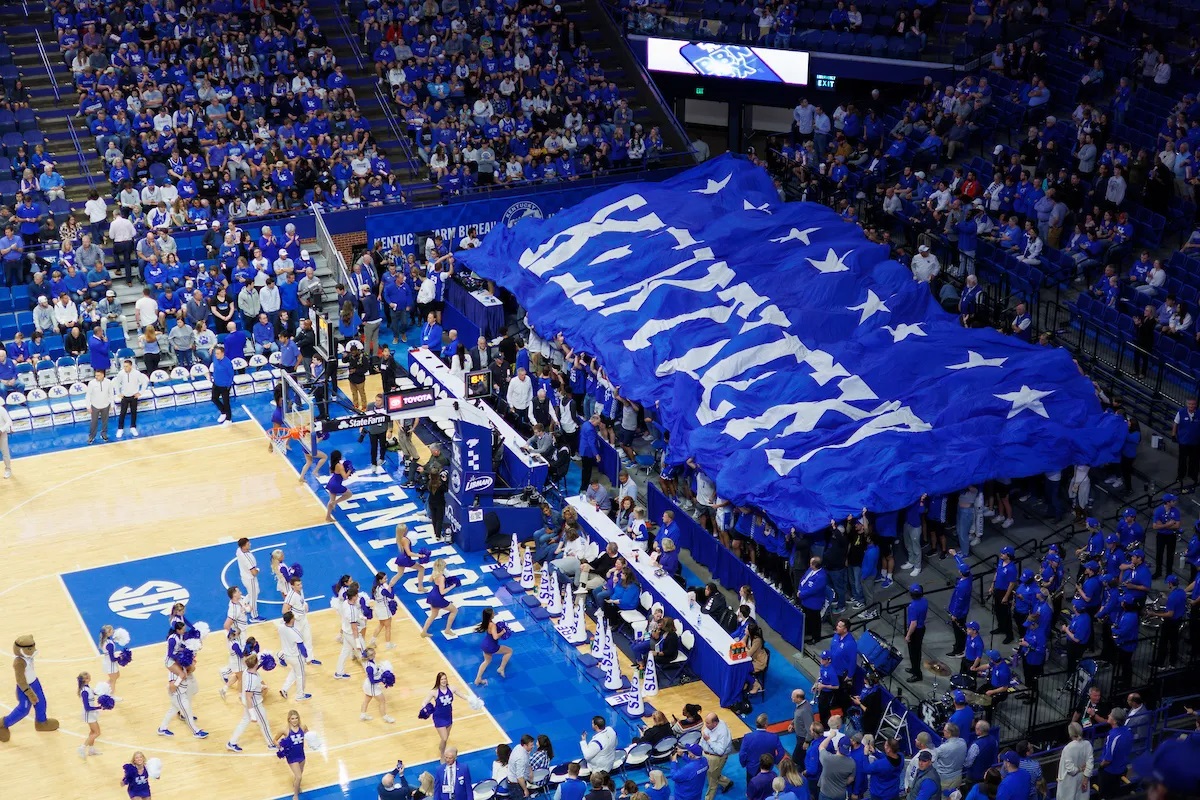 LEXINGTON, Ky. – The Kentucky men’s basketball program has agreed to a six-year series with Gonzaga, the programs announced on Thursday. The teams will play in each of the next six seasons beginning with their Nov. 20 matchup in Spokane, Washington, this season.

“I am so excited that we have finalized this series,” UK head coach John Calipari said. “Mark is a great friend and what he has done at Gonzaga to build them into one of the premier programs in our sport is incredible. The mindset I have when I put together our schedule here at Kentucky is that we want to always challenge ourselves by competing with the best teams we can find and generate some marquee home games for the best fans in the country. We have done that with Gonzaga and I look forward to competing with them the next six seasons.”

The series entails two games played in Spokane, two played inside of Rupp Arena at Central Bank Center, and two neutral site contests. A full breakdown of the series:

“This is something Coach Calipari and I have been working on for some time,” Gonzaga head coach Mark Few said. “It’s an exciting thing for both programs, both schools, both fan bases, and all of college basketball. Instead of a two-year thing, this gives everyone something to put on their calendar and look forward to over the next six seasons.”

The teams enter the 2022 matchup having only met once before on the hardwood. Kentucky captured an 80-72 victory in 2002 at the Maui Invitational.

The Bulldogs have claimed the West Coast Conference regular-season title in each of the last 23 seasons and appeared in the Final Four twice in the last six years. Gonzaga returns three starters, including All-American Drew Timme, from a team that went 28-4 and advanced to the Sweet 16 of the NCAA Tournament a season ago.

The Wildcats’ returning core is headlined by Oscar Tshiebwe, the reigning National Player of the Year, who led the country with 15.1 rebounds per game and also paced the Cats in scoring at 17.4 points per game. Kentucky will also welcome back Sahvir Wheeler, who led the conference and ranked third in the country with 6.9 assists per game. Forwards Daimion Collins, Jacob Toppin and Lance Ware all were instrumental in helping the Wildcats to a 26-8 record and a No. 2 national seed in the NCAA Tournament a year ago.

Kentucky also welcomes in five dynamic newcomers, including top-10 signees Chris Livingston and Cason Wallace. Both players were Gatorade State Players of the Year and McDonald’s All Americans. Fast-rising prospects Adou Thiero and Ugonna Onyenso inked with the Cats during the late signing period. UK also added one of the top transfers in Antonio Reeves, who ranked among the nation’s top 20 individual scorers a season ago at Illinois State averaging 20.1 points per game.

The team enjoyed a 4-0 record during its foreign tour at the Big Blue Bahamas in August, winning its games by an average margin of 50 points per game. Reeves paced six players averaging double-figures with 17.0 points per game. UK shot 54.8% from the field, 38.1% from long range and 84.8% from the free-throw line. Kentucky also outrebounded its foes by 19.3 boards per game.

Kentucky’s defense was stifling with an average of 14.0 steals and 7.3 blocks per game. UK limited its opponents to just 56.5 points per game and 36.3% shooting from the field.