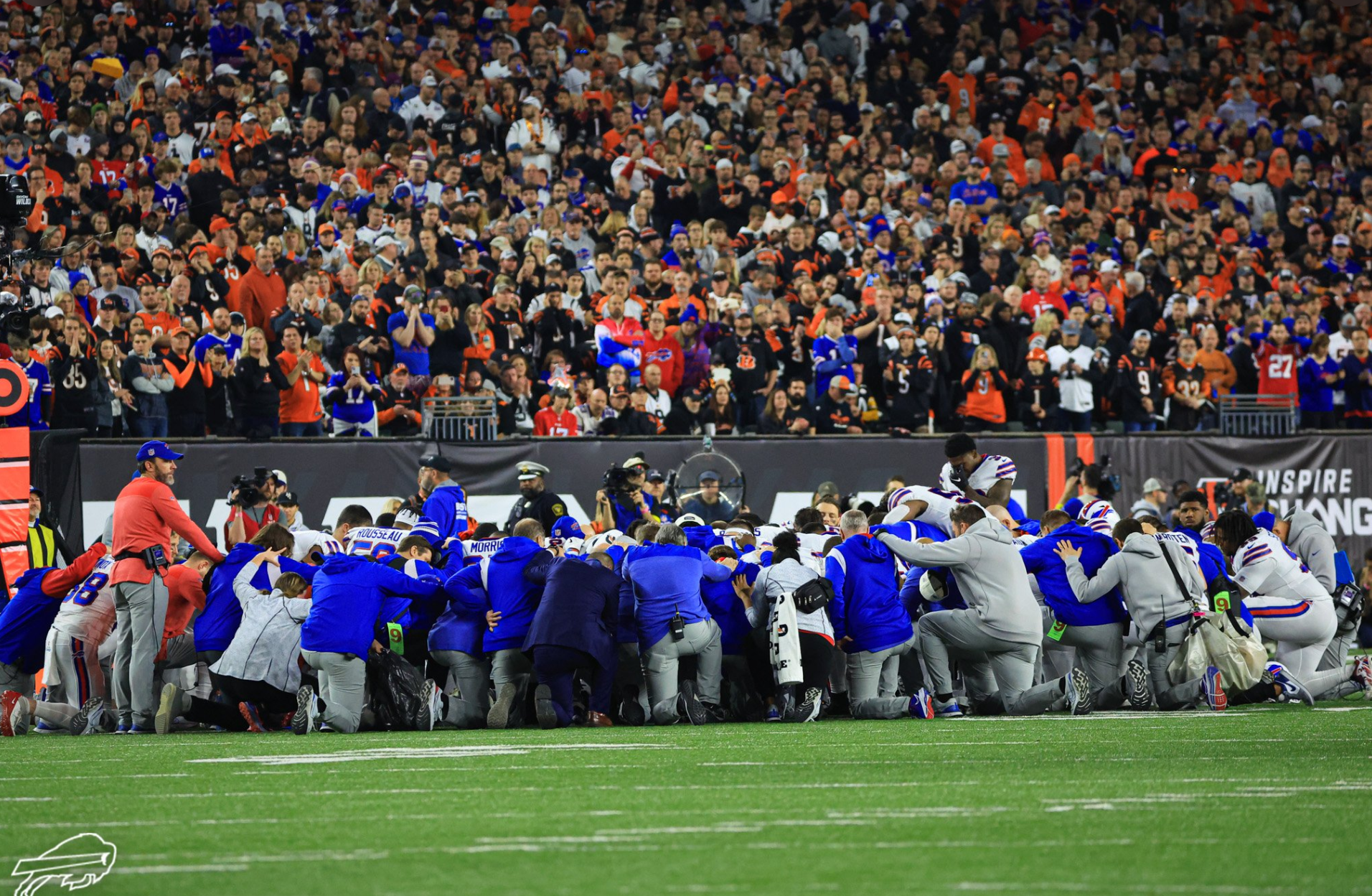 (CINCINNATI, Oh.) – It wasn’t supposed to be like this.

In what was shaping up as a game for the ages, Bengals versus Bills on Monday Night Football abruptly ended on a chilling note. Bills’ safety Damar Hamlin collapsed on the field after making what looked to be a routine tackle. After the collision, Hamlin—a second-year player out of Pittsburgh—popped back up on his feet but fell immediately to the turf a split second later.

The Buffalo Bills later confirmed that Hamlin suffered a cardiac arrest following the hit. His heartbeat was restored on the field, and he was transferred to UC Medical Center for further testing and treatment. He is currently sedated and listed in critical condition.

Talk about scary. In one fell swoop, the overflowing record crowd at Paycor Stadium went from a night of anticipated merriment to several hours of abject horror.

For coaches, players, and their families, it had to be surreal. NFL players are a different breed of tough. They’re desensitized to broken bones, torn ligaments, and concussions as part of what they do. This injury, however, was different. Life or death is not part of the job description. You could see the shock, anguish, and concern etched on the faces of everyone on the sidelines. Imagine being Hamlin’s mom, escorted from her seat in the stands into the waiting ambulance taking her precious son to his unknown fate.

For media members in the press box, confusion reigned. We came to cover a football game matching two of the top teams in the league in their hunt for playoff seeding. We didn’t sign up for this. It’s difficult in that moment of chaos to process reliable truth with the rampant speculation around an unconfirmed medical prognosis. All of a sudden, everyone in the media room had a medical degree, or at least a relative working at the local hospital texting furiously with the latest breaking news on Hamlin’s condition. 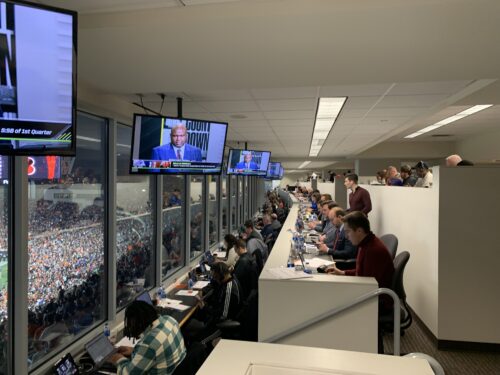 Let me say this. We did the best we could in disseminating accurate information as the events were unfolding before us.

According to my notes, the tragic moment occurred at the 5:58 mark of the first quarter with the Bengals leading 7 – 3. I’ve watched a lot of professional football over the years. During that time, I’ve never seen a stretcher and ambulance summoned so quickly. Medical personnel furiously attended to Hamlin for about twenty minutes while the 67,000 or so looked on in stunned silence. 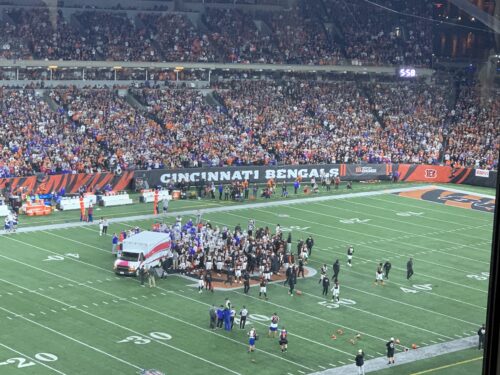 Watching players from both teams kneel jointly in prayer for a fallen comrade is always one of the most sobering sights in sports.

Five minutes after the ambulance pulled out, we all got the word that “the game was temporarily suspended until further notice.” Forty-five minutes later, after discussions with both teams, the NFL officially postponed the contest. During the next hour, people filed out of the stadium in a very orderly fashion, fully cognizant and accepting of the fact that no more football would be played that night.

In the tunnels underneath the stadium leading to the locker rooms, we witnessed players consoling each other and hugging their family members. Understandably, we had no access to any players, coaches, or administrative personnel.

“I don’t care who you are, you are not coming down this hallway,” said one Bengals’ official.

The evening was a stark reminder that as much as we love the NFL, the league embraces a brand of competitive violence that always leaves the door slightly ajar for these types of potential tragedies.

To be fair, however, this incident was indeed different and somewhat unique. I’m old enough to remember the Darryl Stingley paralysis in 1978, or Joe Theismann’s gruesome ankle injury on Monday Night Football in 1985. The Mike Utley, Ryan Shazier, and Tua Tagovailoa injuries are all nightmarish events. They’re all part of tragic sports moments everyone wishes never happened.

This was worse. Don’t get me wrong—career-ending injuries are awful. Life-altering paralysis is unfathomable. The long-term effects of CTE are becoming exposed as a living hell. But they simply don’t compare to the immediate acuteness of what we all experienced tonight.

Hamlin’s injury was akin to Hank Gathers collapsing and dying on the basketball court. Thirty-three years later, I still can’t get that image out of my mind.

I doubt if I’ll ever be able to dismiss this one either.

Dr. John Huang covers professional sports for Sports View America. This post first appeared on SportsViewAmerica.com. If you enjoy his writing, you can follow him on Twitter @KYHuangs.