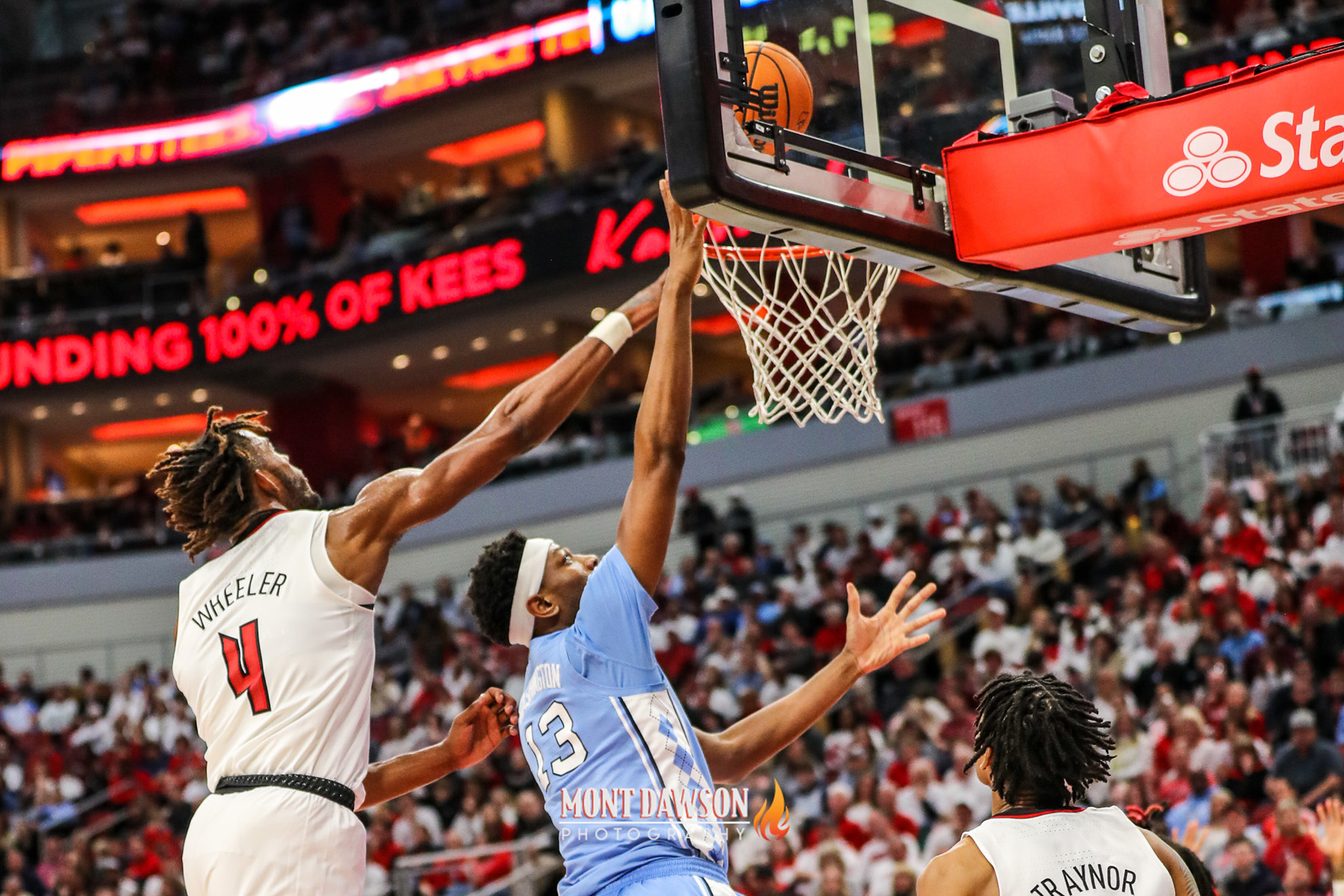 LOUISVILLE, Ky. — Louisville men’s basketball allowed North Carolina to control the boards and points off turnovers Saturday in an 80-59 loss at the KFC Yum! Center.

The Tar Heels (12-6, 4-3 ACC) outrebounded the Cardinals 40-31, and although Louisville committed just 14 turnovers, they converted into a 23-8 advantage for UNC off those miscues, as well as a 17-2 effort on the fast break.

“It’s real simple, I had multiple guys on the court today who didn’t compete,” UofL head coach Kenny Payne said. “You can’t win. They didn’t play with fire against a very good North Carolina team. You can’t win. Off of our turnovers, they got 23 points – second-chance points they got nine. We missed 10 free throws – that’s mental. Those are mental mistakes. I take nothing away from North Carolina, like I said in the beginning, they’re a very good team. … I liked the way we started. I liked our energy to start the game, I thought we put them on their heels, just couldn’t sustain it, mentally couldn’t sustain it, couldn’t sustain the focus that we needed, the fight that we needed, the ability to play with physicality like we needed.

“How many easy shots did we miss in the first half right at the basket at a time when we were up five or six? It could have easily been 10 or 12, it comes back to hurt you at the end.”

North Carolina scored the next six points, then later went on another 9-0 run, which included a big swing as a potential four-point play by Ellis was negated by an offensive foul call on the guard after he made the shot.

The Tar Heels finished the half by scoring the last eight points, increasing their lead to 37-26 at the break after a 3 by RJ Davis with five seconds left.

“You can’t turn the ball over against them,” Ellis said. “They convert almost every possession. Whenever we had a turnover, I had a turnover, I just looked back and they were at the rim finishing, and that’s how they score a lot of buckets, in transition off turnovers. So, when you’re playing them, you have to be very solid, because they’re very aggressive defensively.”

The Cardinals got the deficit back down to eight at 41-33 after a basket by senior forward Sydney Curry, but North Carolina countered with an 12-2 spurt to make it 53-35 with 15:36 remaining.

“I don’t think it was a step back,” James said. “I just think it was a lesson learned that in these types of games, you just have to come out ready and be focused, be laser focused throughout the whole game.”

The Cardinals remain home to host Pitt at 7 p.m. ET Wednesday. The game will air on the ACC Network.