Skip to content
You are here
HOME PAGE > 01 FEATURED > College Hoops – No. 1 Louisville Fights Back at Wake Forest to Stay Unbeaten 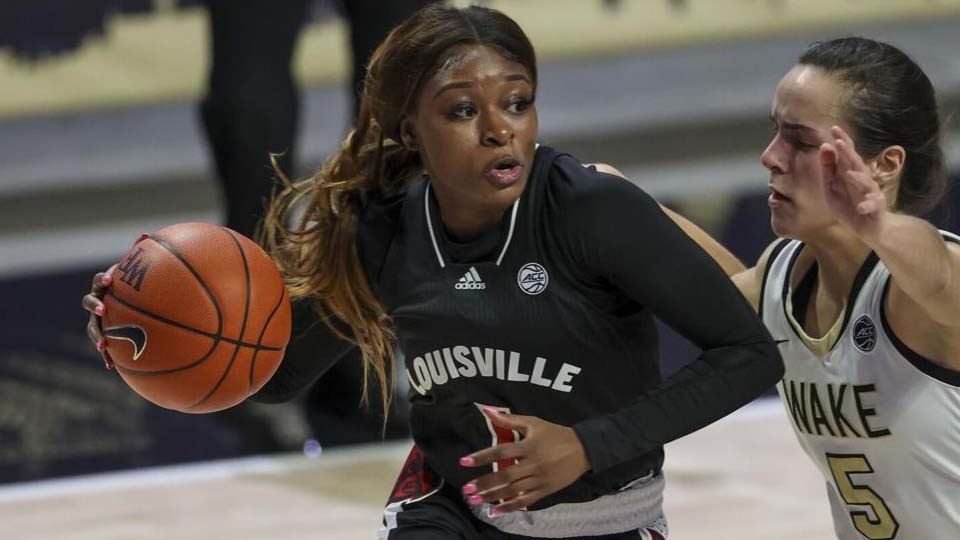 Evans’ driving shot against Gina Conti and free throw finally gave the Cardinals their winning margin. But Louisville had to survive a final shot from the Demon Deacons, with Ivana Raca missing a 3-pointer from the right at the horn that would’ve given Wake Forest its first-ever win against a No. 1-ranked opponent.

Instead, the Cardinals survived to remain unbeaten less than a week after ascending to the top spot in the AP Top 25 poll for the first time.

Evans scored 25 points for Louisville (14-0, 7-0 Atlantic Coast Conference), who trailed by nine midway through the fourth quarter before going on a 14-2 run to push back in front and set up a tense finish.

Conti scored 13 points while Raca had 12 to lead the Demon Deacons (7-6, 4-5), who erased an early nine-point deficit by getting on the boards. But they fell a couple of plays short of earning their first win against a top-ranked opponent in 11 tries.

Louisville: The Cardinals reached No. 1 in the AP Top 25 to start the week for the first time. But coach Jeff Walz said he didn’t expect anything would change in the team’s approach, noting that while the roster has talent, it isn’t a team that will ”just overwhelm you.” His team proved him right Sunday, having to grind out a tough win behind Evans’ stellar late-game play – including a 3-pointer for a 60-57 lead to with 3:27 left to cap the Cardinals’ deficit-erasing fourth-quarter run.

Wake Forest: The Demon Deacons were hosting a No. 1-ranked team for the first time since facing Duke here in February 2007. And they were looking for their first-ever win against a team in the top 5 after losing their first 61 tries. The Demon Deacons came unexpectedly close to changing all of that with a fearless effort, though their 12-of-24 effort at the foul line loomed large by the final minutes of this one.

Louisville: The Cardinals return home to host Miami on Tuesday in the first of three straight home games.