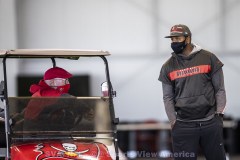 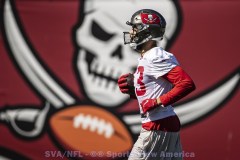 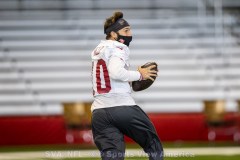 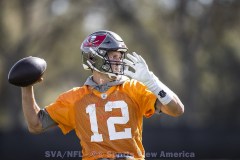 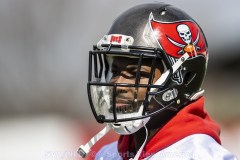 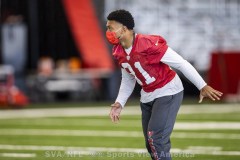 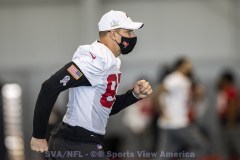 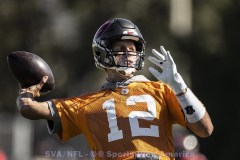 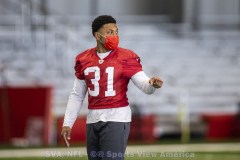 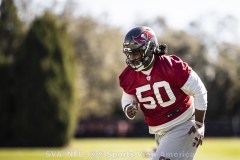 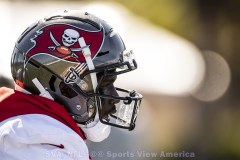 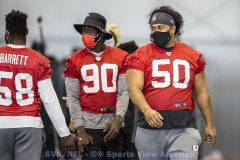 TAMPA – A little more than two days before kickoff to Super Bowl LV, Bucs coach Bruce Arians and his staff put some of the final touches on the game plan for the Kansas City Chiefs and pronounced his team nearly prepared.

Under sunny skies and a temperature of 70 degrees, the Bucs flags were flying Friday thanks to a strong west wind.

The Bucs practiced for about 90 minutes, working on various situations such as short yardage and goal line on both sides of the football.

But instead of full-speed, Arians decided to make Friday’s practice a glorified walk-through.

“We had enough full speed workouts,” Arians said. “We just decided to jog through it with goal line, short yardage and all that situational stuff.”

There weren’t too many changes on the injury front.  However, tight end Cameron Brate did not practice after injuring his back Thursday.

Arians said he will be listed as questionable for Super Bowl LV.

Receiver Antonio Brown, who missed the NFC Championship Game with a knee injury, had full participation in practice Friday and has shown no ill-effects of his increased reps.

Defensive tackle Ndamukong Suh and outside linebacker Jason Pierre-Paul did not practice Friday, which has been their routine as part of a veteran’s day off.

Practicing at the AdventHealth Training Center, Arians said it has been unusually seamless for a Super Bowl week.

“It’s been normal, but so abnormal for a Super Bowl,” ArIans said. “But it’s easy for both teams. It’s like an away game for them and for us it’s a home game.  It’s great for preparation. On our fields, in our locker rooms, eating our own food.”

The Bucs have a walk-through practice Saturday and will board buses at their facility later in the afternoon for a short ride to a team hotel where they will remain until Sunday.

Excitement is building for the Bucs, but they know there is still many more hours before Super Bowl LV.

“We’ve been telling them you’ve got to control your emotions until game time,” Arians said. 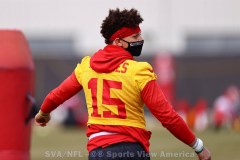 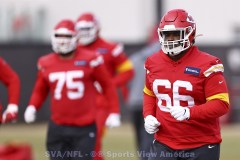 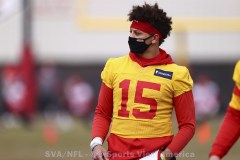 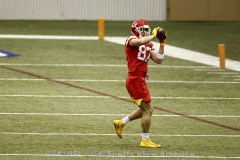 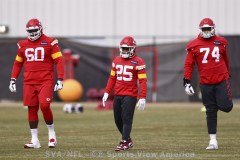 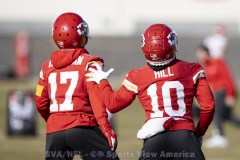 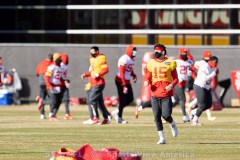 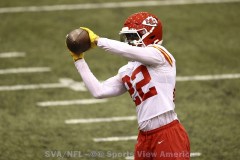 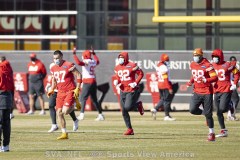 KANSAS CITY, Mo. –– A brisk cold with Friday morning temperatures in the low 30s didn’t stop the Chiefs’ enthusiasm during an outdoor practice.

Ric Flair-like “Woo!” and thunderous applause from players following virtually every play on either side of the football filled the air.

The effort had Chiefs head coach Andy Reid coming away pleased with his team’s performance in the final stages of preparations before they square off against the Tampa Bay Buccaneers in Super Bowl LV.

“Listen, it’s a shorter practice today, so they’re fired up to get through it and get going,” Reid said.

Reid, however, doesn’t appear concerned over Watkins’ availability against the Buccaneers after seeing the veteran wide receiver return to a full practice Friday after limited sessions the previous two days.

“He did good,” Reid said. “I’m encouraged to have him on Sunday. I think he’ll be there.”

Backup running back Darwin Thompson missed Friday’s practice because of an illness, Reid said. The Chiefs did not assign a game designation on Thompson on the injury report, indicating the second-year running back will be available for action barring a setback. Backup center Daniel Kilgore remains away from the training facility while he continues to go through safety protocols after landing on the Reserve/COVID-19 list earlier in the week.

In the meantime, the Chiefs are scheduled for a Saturday morning walk-through practice before boarding an afternoon flight for Tampa.

With less than 48 hours to go before Super Sunday and almost two weeks since the last time the Chiefs played in the AFC Championship Game, Friday’s practice provided a sign of the excitement level knowing what comes next.​

“It’s been two weeks,” Reid said. “I think both sides want to play each other and get it on.”