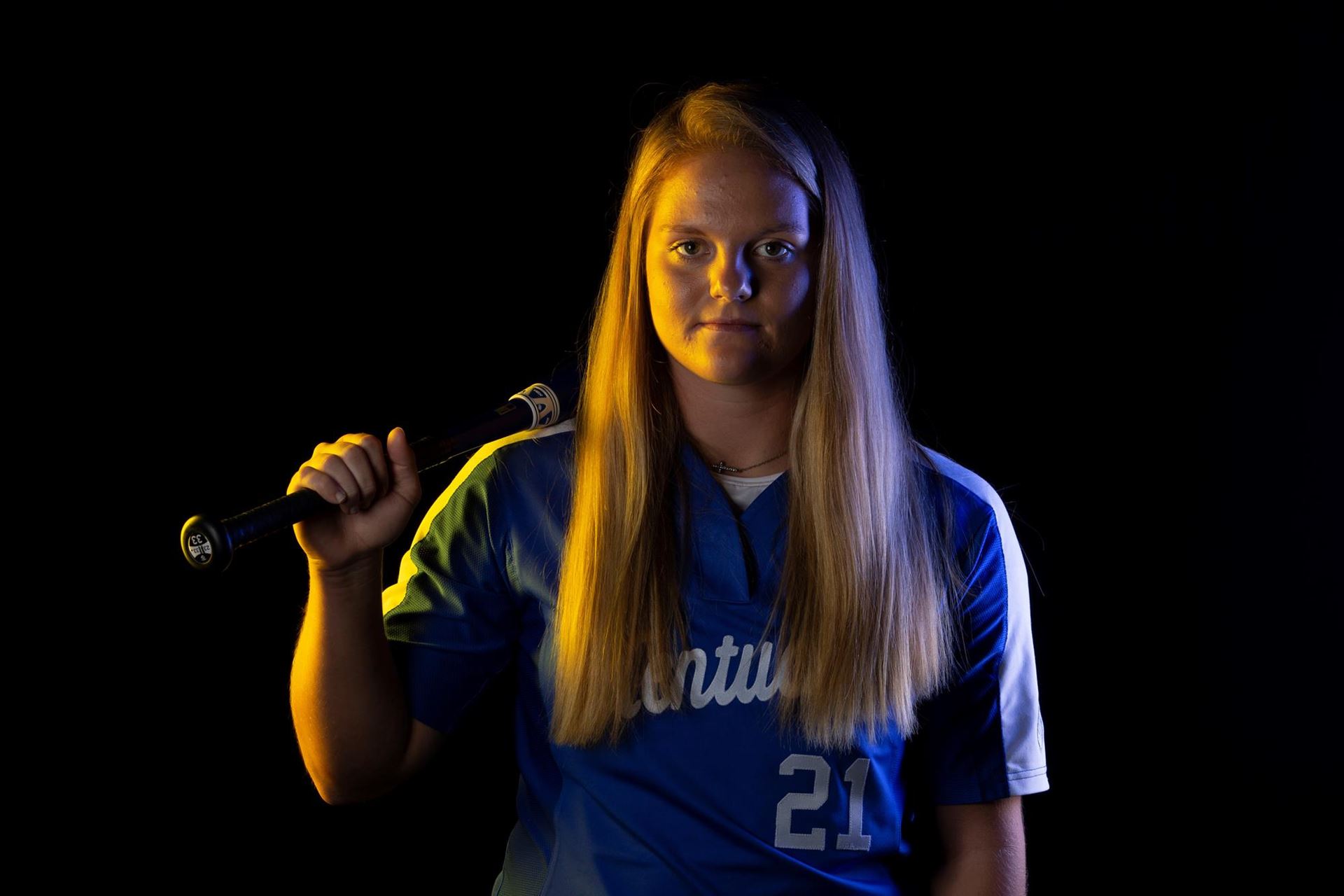 HOMEWOOD, Ala. – Freshman shortstop Erin Coffel went 6-for-8 in her first day as a Kentucky Wildcat, tallying up four runs batted in, three runs scored and launching her first-career home run as she helped propel the No. 13 Kentucky Softball team to 4-0 and 15-3 wins over Samford on Opening Day of the 2021 NCAA softball season.

Autumn Humes was nothing short of sensational on Friday afternoon as head coach Rachel Lawson gave her the ball for the first game of the season. Humes went the full 7.0 innings, allowing no runs, four hits, struck out seven batters and didn’t walk a single Bulldog. Humes’ sparkling outing, in which she threw  just 95 pitches, marks the fifth time that Kentucky has thrown a shutout in their season opener (1998, 2004, 2011, 2014).

In game two, it was the potent Kentucky offense that stole the story. The Wildcats bashed out four home runs in the first inning alone, getting a three-run blast from Miranda Stoddard, a solo bomb from Mallory Peyton, a two-run shot from winning pitcher Grace Baalman – and the first-career home run for junior Kayla Kowalik.

Kentucky exploded for eight runs in the top of the first inning, with four more tacked on in the second thanks to a two-RBI single from Coffel. The Bermen, Indiana native started the second game 4-for-4 at the plate with four singles, three RBI and a run scored.

Game three of the opening-weekend series with Samford has been moved up to a 2 p.m. ET first pitch from its originally-scheduled 4 p.m. ET start to try and work around some potential weather systems that are expected to move through the area. The game will still be streamed live on ESPN+ and the ESPN app.

Kayla Kowalik was the key player in the game, going 2-for-4 with a lead-off triple, a double and a run scored.

The key player in the game was Autumn Humes, who threw a complete-game shutout with four hits allowed, seven strikeouts and zero runs surrendered.

Kayla Kowalik led off the game with a triple down the right-field line and came in to score on a wild pitch to the next batter. UK 1, SAM 0

Erin Coffel got aboard in the third inning off of a single, and scored on an RBI double from Renee Abernathy. UK 2, SAM 0

Miranda Stoddard led off the top of the fourth with a walk and scored on a Lauren Johnson double to the gap. UK 3, SAM 0

Erin Coffel hit her first-career home run as a Wildcat in the fifth inning to score Kentucky’s final run of the game. FINAL – #13 Kentucky 4, Samford 0

4. Kentucky belted four home runs in the top of the first inning, to jump out to an 8-0 lead before the Bulldogs even stepped to the plate.

Erin Coffel was the key player in the game, going 4-for-5 with singles in each of her first four at bats. Coffel had a trio of runs batted in.

Coffel’s great defensive play in the bottom of the second inning was the key play, as she made a terrific play in the 5-6 hole to get the lead runner at third base and keep the Bulldogs at bay.

In the second inning, four more runs touched the pentagon for the Wildcats as two walks and an error haunted Samford as Coffel drove in two runs on a 2-RBI single. UK 12, SAM 0

Samford plated three runs in the bottom of the third off of a Kentucky error and an RBI double. UK 12, SAM 0

Coffel re-extended the UK lead on an RBI single up the middle in the fourth and Rylea Smith closed out the UK scoring party with an RBI single to plate pinch runner Vanessa Nesby, who slid into home and scored her first-career run as a Wildcat in her freshman debut.