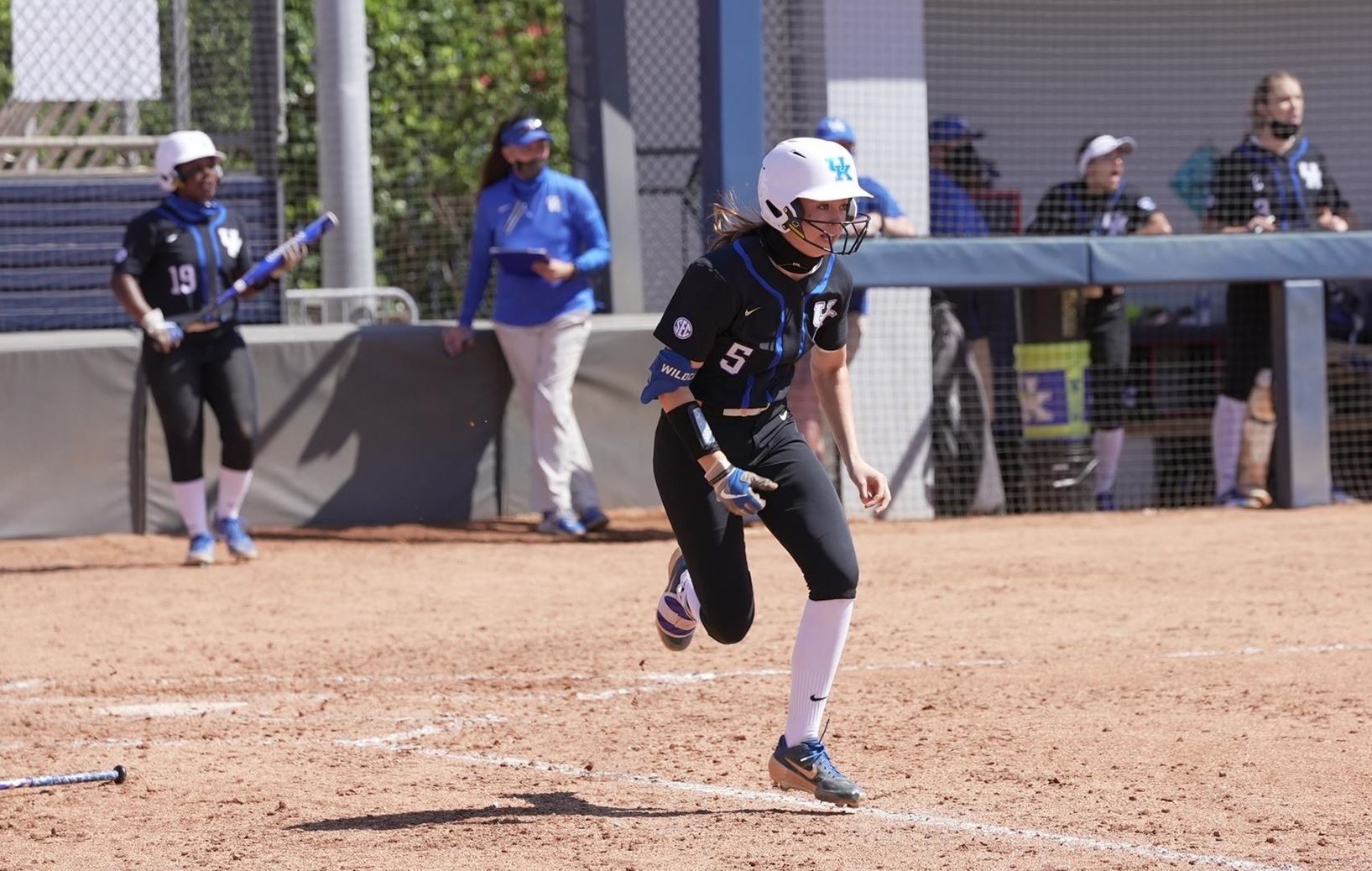 BOCA RATON, Fla. – The No. 10 Kentucky Softball team used a sensational day from junior Tatum Spangler to close out the 2021 pre-conference schedule with its 18th and 19th-straight wins, picking up victories over Coastal Carolina and Florida Atlantic on Sunday afternoon in Boca Raton.

Kentucky fell behind to Coastal Carolina early, but rallied to score nine runs in the third inning against the Chanticleers to run its win streak to 18 games in a 12-3 win over CCU. In UK’s final game of the weekend, Kentucky used big hits from Spanger and solid pitching from Autumn Humes to ride out a 7-3 victory over the Florida Atlantic Owls to complete the weekend 5-0.

UK is now 19-0 on the season, and is undefeated through its entire pre-conference schedule for the first time in program history. The Wildcats will now turn their attention to Southeastern Conference play beginning next weekend with a trip to The Swamp for a three-game series with No. 5 Florida. The series begins at 6 p.m. ET on Friday before matinee games on Saturday and Sunday at 1 p.m. ET from the newly-renovated Katie Seashole Pressley Stadium in Gainesville. All three games will be on the SEC Network+, ESPN3 and the ESPN app.

9. Kentucky scored nine runs in the bottom of the third inning, sending 13 batters to the plate and notching three hits.

The key play in the game was Tatum Spangler’s two-RBI single in the bottom of the third inning. It was part of a 2-for-3 game for Spangler with two singles in the contest.

Coastal Carolina scored twice in the top of the first inning. CCU 2, UK 0

Mallory Peyton tied the game on a two-run home run in the bottom of the first. UK 2, CCU 2

Coastal re-took the lead on a solo home run in the top of the second inning. CCU 3, UK 2

Kentucky scored nine runs in the bottom of the third. Peyton hit a three-run blast to left center and Spangler notched a two-RBI single up the middle. Additionally, a pair of errors played other UK runs. UK 11, CCU 3

Kentucky’s final run came in the top of the fifth inning on a wild pitch as Renee Abernathy scored from third on the overthrow. FINAL – Kentucky 12, Coastal Carolina 3

3. Tatum Spangler had a career-high three hits in the game, going 3-for-4.

Spangler was the key player, not only going 3-for-4, but notching two RBI and scoring two runs in the contest.

The key play in the game was Lauren Johnson’s two-RBI single in the top of the fourth inning to extend UK’s lead to 7-2 and allowed Erin Coffel to score on a 1st and 3rd rundown.

Kentucky scored four runs in the top of the second inning on a two-RBI single from Spangler and a two-RBI hit from Lauren Johnson. UK 4, FAU 0

FAU scored twice in the bottom of the third on back-to-back triples. UK 4, FAU 2

Kentucky plated three runs in the top of the fourth on Johnson’s second multi-RBI hit of the game. UK 7, FAU 2

FAU added a run in the seventh, but left the bases loaded to end the game. FINAL – Kentucky 7, FAU 3