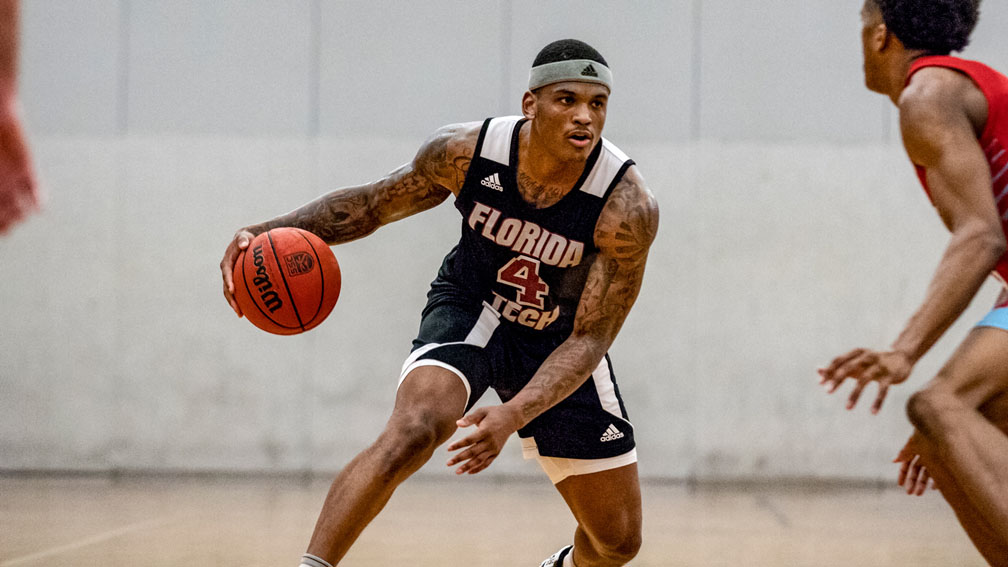 SARASOTA, Fla. – Florida Tech women’s rowing looked to make history as the first Sunshine State Conference rowing program to win four straight conference titles and extend its conference championship lead to nine overall. The women did just that as they tallied a first-place finish in the V8 and a second-place nod in the V4, which was good for first place overall.

“I’m real proud of the ladies for the effort that they have given this year. They have performed well under pressure all year and I was happy to see them keep showing that resilience and coming back and doing some good stuff today,” said head coach, Adam Thorstad.

Back at the familiar grounds of Nathan Benderson Park, the Panthers opened their championship with the V4. The shell of Savannah Wilson (bow) , Gabby Rodezno Wilson, Julia Seibold, Sophia Ferrizzi (stroke) and Alice Pennings (coxswain) had a solid outing as they finished second with a time of 8:09.4, which was 4.2 seconds behind Embry-Riddle.

However, the V8 of the Crimson & Gray found itself on the top step of the podium as the boat of Graysen Pensch (bow), Simona Vileniskyte, Sydney Spicer, Hannah Schilcher, Maclain Zajicek, Liza Lutter, Ismini Noni, Anna Kayser Gallego (stroke), and Abbigale Smith (coxswain) crossed the line in 7:03.6. This clear water victory was almost nine seconds faster than the Eagle’s shell that crossed in 7:12.3.

These efforts combined gave Tech 23 total points, which was one more than second-place ERAU. This meant the women earned their four straight title and ninth as a program, both of which are SSC rowing records.

Florida Tech and the rest of the DII rowing community will be anxiously waiting for Monday, May 17 and the NCAA DII selection show to see if their season continues in the National Championship regatta.

For the latest news, updates and information on the Florida Tech women’s rowing team, visit FloridaTechSports.com. Fans can also stay up to date on the latest Panthers news by following Florida Tech Athletics on Facebook, Twitter, Instagram and YouTube.