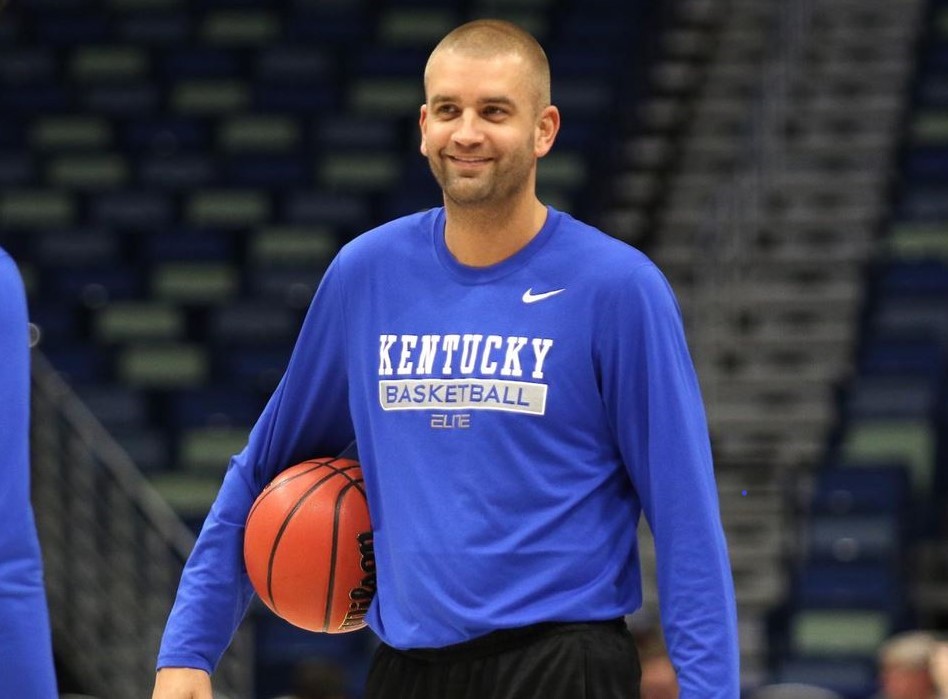 Justus joined UK for the 2014-15 season and made an immediate impression, first implementing a more analytics-focused approach to the program in his first two seasons and then quickly growing into one of the nation’s top young recruiters and on-court teachers as an assistant coach for five seasons.

“It is hard for me to believe that my time at Kentucky has come to an end,” Justus said. “The memories I have of this place, the players I have been for fortunate enough to coach and form lifelong relationships with, and the honor I have had to coach at the winningest program in college basketball is something I will never take for granted. It has been the opportunity of a lifetime.

“With that said, this was a challenge and an opportunity at Arizona State under Bobby Hurley that I felt like was in the best interest of my career as I continue to chase my dreams in the coaching profession. Coach Hurley was an icon and a role model of mine growing up, and to have the opportunity to learn from him was something I just couldn’t pass up, similar to when I began this journey seven years ago under a Hall of Fame coach in John Calipari.

“I want to thank Coach Cal for taking that chance on me to work for the greatest tradition in college basketball and learn at the highest level. I also want to thank Mitch Barnhart for entrusting me with playing a part in this program to lead our student-athletes. Kentucky will always hold a special place in my heart. To the young men i have had the privilege of coaching at Kentucky, you will always be family.”

Justus has solidified himself as one of the top young assistants in the country. The Athletic tabbed Justus as one of the top 40 people in college basketball under 40 and ESPN named him one of the nation’s top 40 coaches less than 40 years old in 2020.

“Joel talked to me about this opportunity to be at Arizona State with a terrific coach in Bobby Hurley,” UK head coach John Calipari said. “He had my blessing, but I want to make sure we all recognize that we are losing someone who was a big, big part of all our success over the last several years. From Shai Gilgeous-Alexander to Keldon Johnson to Immanuel Quickley and others, Joel was not only the point guy with some of our players who became special, he helped develop them, teach them and challenge them. Joel is one of the top young assistants in the country who I believe will make a heck of a head coach someday soon. I wish him the best and I will always be a great supporter of his.”

Justus joined the staff for the historic 2014-15 season as the director of analytics. Using Justus’ analytics, Kentucky’s players bought in to a two-platoon system that helped the Wildcats become one of the most efficient teams in the country, including the most dominant defensive team in recent history, as UK became the first team in college basketball history to start a season 38-0.

Justus also analyzed large data sets to aid the coaching staff’s scouting reports as well as postgame analysis. He assisted in day-to-day operations of the program, which included coordinating with NBA personnel while assisting in many areas of basketball operations.

After successfully integrating analytics into the daily culture of the program, he was elevated to special assistant to the head coach for the 2015-16 season. With his previous responsibilities remaining an active part of his duties, Justus’ role expanded to include scouting future opponents, providing strategies to help advance the program and assisting with special projects assigned by Calipari.

In his first season as an assistant coach, Kentucky won both the SEC regular-season and tournament championships while advancing to the Elite Eight of the NCAA Tournament. He played a key part in securing what the Recruiting Services Consensus Index calculates as the best recruiting class ever in 2017 and the No. 1 class in 2020.

In 2017-18, he was instrumental in the development of Gilgeous-Alexander, who developed from a rather overlooked piece of UK’s 2017 signing class into the SEC Tournament’s most valuable player as UK won its fourth straight tournament championship.

During the 2018-19 season, as Kentucky advanced to another Elite Eight, Justus played a major role in the development of SEC Co-Defensive Player of the Year Ashton Hagans. He also worked closely with NBA first-round picks Keldon Johnson and Tyler Herro. Justus played a similar role with Quickley, the 2020 SEC Player of this Year, and Tyrese Maxey, both first-round picks.

Justus came to UK after serving as the head coach at Davidson Day High School in Davidson, North Carolina. In both years at the helm, he guided the Patriots to the Elite Eight in the state tournament.

Prior to his time at Davidson Day, Justus served as the head boys’ basketball coach at Woodberry Forest School in Woodberry, Virginia, from 2008-12. During his time at Woodberry Forest, he guided his team to the Virginia Prep League regular-season championship in 2010 while advancing to the Virginia Prep League championship game in consecutive years, a first in more than two decades.

Justus also spent time as an assistant coach at Elon University from 2004-08, where he helped guide the Phoenix to a Northern Division title in 2006 and the Southern Conference championship game in 2008.

A 2004 graduate of UNC Wilmington, Justus helped the Seahawks as a student-athlete capture two Colonial Athletic Association titles, make three postseason appearances (NIT in 2001 and NCAA in 2002 and 2003) and was team captain his senior season.