INDIANAPOLIS (Monday, May 3, 2021) – Three-time Indianapolis 500 winner Bobby Unser, one of the most colorful, outspoken and popular drivers in the history of “The Greatest Spectacle in Racing,” died Sunday, May 2 at his New Mexico home. He was 87. 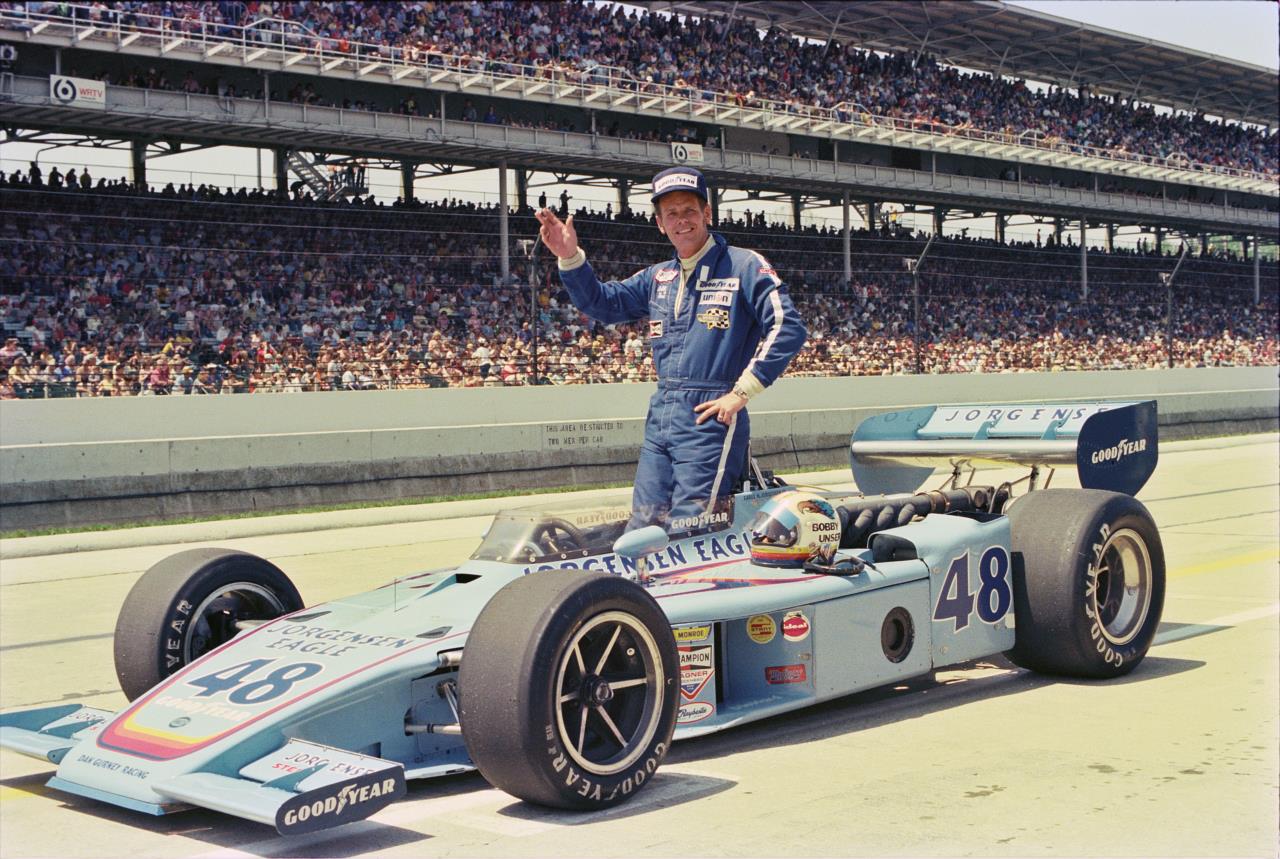 He was one of six members of the Unser family to race in the Indianapolis 500. Bobby and his brother Al, a four-time winner, are the only brothers to win the race.

Bobby Unser also was renowned and admired for his work in and out of the cockpit before his Indianapolis 500 and INDYCAR driving career started and after it ended. He dominated the Pikes Peak International Hill Climb before he ever turned a lap at Indianapolis, and he was a popular INDYCAR color analyst on national telecasts in the 1980s and 1990s after retiring as a driver.

Unser was born Feb. 20, 1934 in Colorado Springs, Colorado, the third of four brothers. When he was 1, his family moved to Albuquerque, New Mexico – the city forever associated with the Unser family racing dynasty.

In 1949, Unser started racing at Roswell (New Mexico) Speedway. In 1950, he raced at Speedway Park in Albuquerque and won his first championship in Southwestern Modified Stock Cars. After serving in the U.S. Air Force from 1953-55, Unser and his brothers Jerry and Al decided to pursue racing careers in United States Auto Club (USAC) competition.

Unser’s career in Indy cars started in the end of the 1962 season. He spent three years driving Novi-engined cars for Andy Granatelli, including the No. 6 Hotel Tropicana, Las Vegas Kurtis/Novi roadster in which he qualified 16th and finished 33rd and last as an Indianapolis 500 rookie in 1963. Unser’s day ended after completing just two laps due to an accident.

In fact, Unser’s first two career Indy starts gave no indication of his future success. After completing two laps and finishing last as a rookie in 1963, he completed just one lap in 1964 and was credited with 32nd place in the four-wheel-drive No. 9 Studebaker-STP Ferguson/Novi fielded by Granatelli, getting caught in the multi-car accident that claimed the lives of Dave MacDonald and Eddie Sachs. 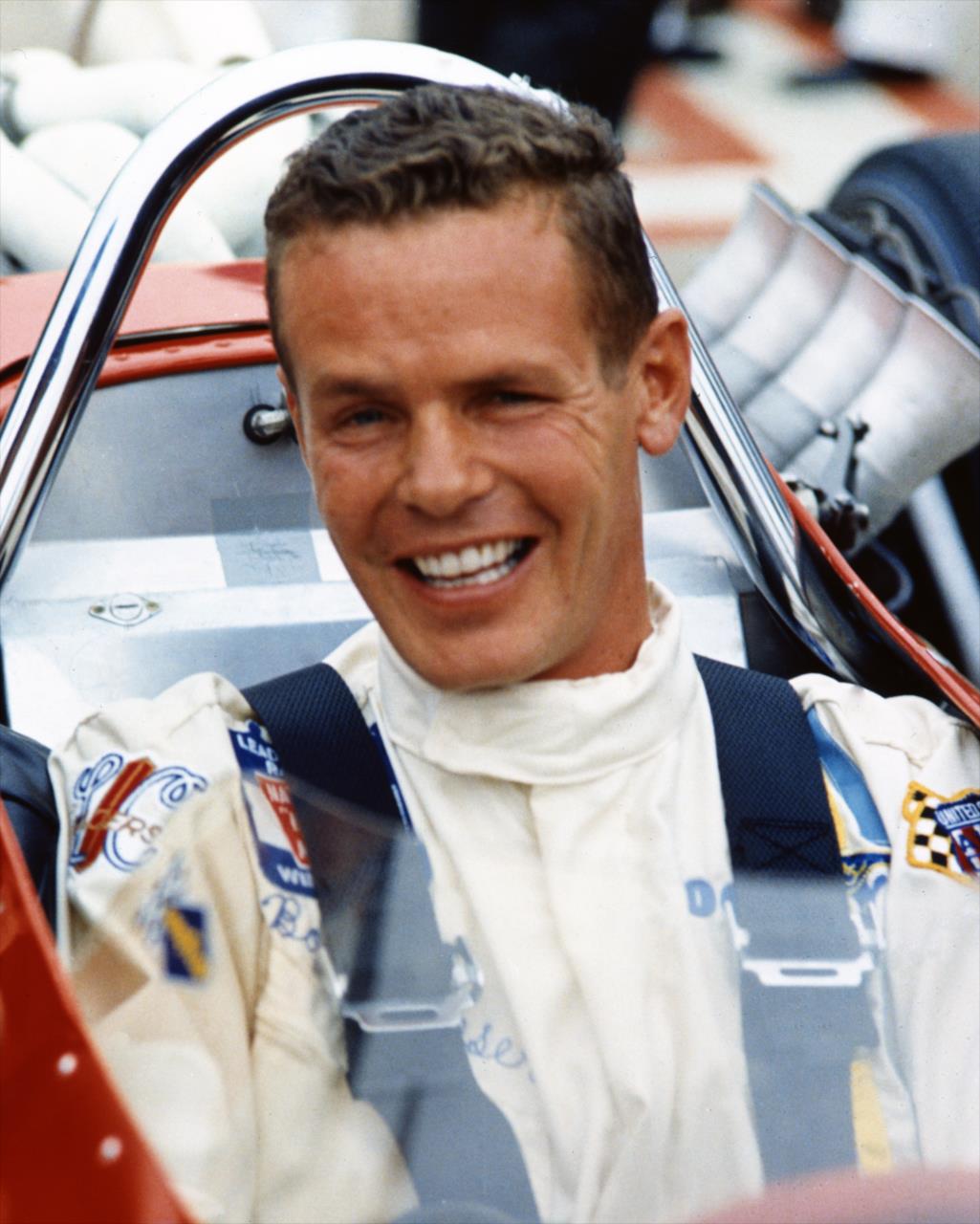 Unser earned his first career top-10 finish at Indy by placing eighth after starting 28th in 1966 for Gordon van Liew’s team. In 1967, he moved to Bob Wilke’s Leader Card team for a four-year stint, which resulted in even greater fortune at Indianapolis and on the USAC Championship Trail.

Unser earned his first Indianapolis 500 victory in 1968 in the No. 3 Rislone Eagle/Offy, one of the most iconic and beautiful rear-engine cars in Indianapolis 500 history. His first spot on the Borg-Warner Trophy came after a spirited duel with Joe Leonard in one of Granatelli’s famous STP Lotus cars powered by a Pratt & Whitney helicopter turbine engine. Unser led 118 of the first 191 laps but was running second to Leonard when Leonard’s fuel shaft broke on Lap 192, with Unser powering past for his first “500” victory.

Later that year, Unser won the first of his two USAC National Championships, ending the season with five victories and edging Mario Andretti by a scant 11 points.

In 1972, Unser earned the first of his two Indianapolis 500 poles during his successful five-year partnership with Dan Gurney’s All American Racers. Speeds skyrocketed that year with the legalization of bolt-on wings to chassis, and no one took better advantage than Unser. His four-lap record qualifying average speed of 195.940 mph in the No. 6 Olsonite Eagle was more than 17 mph faster than Peter Revson’s pole speed from the previous year – the largest year-to-year increase in “500” history.

Unser won his second and final USAC National Championship in 1974 after finishing runner-up to Johnny Rutherford in the Indy 500.

In 1975, Unser won the Indianapolis 500 for the second time, driving the No. 48 Jorgensen Eagle fielded by Gurney’s team. Unser led only 11 laps, taking the top spot from Rutherford on Lap 165 and holding it until the race was ended by a downpour on Lap 174 of the 200 schedule laps.

Unser joined Team Penske in 1979 for the start of a three-year stint in which he won 11 races and finished second in the CART standings in 1979 and 1980.

But perhaps his most famous race during his Penske tenure was the 1981 Indianapolis 500, which he won from the pole in one of the most controversial and contentious outcomes in the event’s storied history.

Unser beat Mario Andretti to the finish by 5.18 seconds in the No. 3 Norton Spirit, but USAC officials ruled Unser passed cars illegally while exiting the pit lane during a caution on Lap 149. Unser was penalized one position, with Andretti elevated to the winner.

But after a lengthy protest and appeals process, Unser’s penalty was rescinded, and he was declared the winner of the race Oct. 9, 1981. That victory became the last of Unser’s storied INDYCAR career, as he skipped the 1982 CART season to serve as driver coach for Josele Garza and decided against a planned comeback in 1983 with Patrick Racing.

He finished his career with 35 career INDYCAR victories and two championships among his eight top-three finishes in the season points.

Unser ended his driving career as one of the greatest performers in the history of “The Greatest Spectacle in Racing.”

Unser’s nine front-row starts included poles in 1972 and 1981. His speed in qualifying at the Speedway was exceptional, as he was one of the 12 fastest drivers in 18 of his 19 starts. Fourteen of his 19 starts came from the first three rows.

While those statistics are among the greatest in Indy history, Unser produced even more eye-popping numbers at the Pikes Peak International Hill Climb, nicknamed “Unser Mountain” due to his family’s success in the longtime race in Colorado Springs. Unser won 13 class titles at Pikes Peak and earned “King of the Mountain” honors 10 times during his career as the fastest driver overall up the famed mountain, tops among the racing Unser family that dominated this event.

Unser also had a keen engineering mind that always searched for a technical advantage over his rivals. He sometimes would call his crew chief well after midnight with an idea for chassis setup or another technical issue, and his prowess as a test driver was highly regarded because he turned every lap at the car’s limit.

Every angle was pursued by Unser when it came to trying to find the edge against his foes. Team owner Jim Hall’s famous Chaparral chassis – the first Indy car with ground-effects aerodynamics underneath the car – got upside-down when Rutherford crashed in 1980 in the CART season finale at Phoenix. Unser learned of a photographer who took pictures of the closely guarded aero channels and tunnels beneath the car, and he obtained the photos, which were used in the development of Team Penske’s 1981 ground-effects chassis.

After his driving career ended, Unser combined his vast racing experience and considerable skills as an outspoken raconteur to become a popular broadcaster on ABC, NBC and ESPN INDYCAR telecasts and on IMS Radio Network race broadcasts. The booth trio of play-by-play announcer Paul Page and the opinionated Unser and the erudite Sam Posey – with Unser and Posey’s styles and comments almost always contrasting and often clashing — was one of the most entertaining and popular in INDYCAR television history.

Two of Unser’s proudest moments in the TV booth came when he called the finish in 1987 with play-by-play announcer Jim Lampley as his younger brother, Al Unser, earned his record-tying fourth “500” victory and again in 1992 when he and Paul Page called the race when his nephew, Al Unser Jr., won Indy for the first time in the closest “500” finish ever.

Unser also was part of the ABC Sports broadcast team that won an Emmy Award for “Outstanding Live Sports Special” for its coverage of the 1989 Indianapolis 500.

After his TV career ended, Unser continued to visit IMS every Month of May. In 1998 and 1999, he served as driver coach and assisted with race strategy on the radio for his son Robby Unser during his two starts in “The Greatest Spectacle in Racing.” Robby finished fifth and eighth, respectively, in those two starts with his father’s help.

Fans always flocked to “Uncle Bobby” to get a picture or autograph, to share their memories or to hear one of Unser’s countless colorful stories about his career and fellow racers. He also savored spending time in the Media Center swapping tales with many veteran journalists every May, as Unser was a tireless ambassador for IMS and the Indianapolis 500 until the end of his life.

Unser is survived by his wife, Lisa; sons Bobby Jr. and Robby; and daughters Cindy and Jeri.