Skip to content
You are here
HOME PAGE > 01 FEATURED > God, Family, And The Cincinnati Bengals 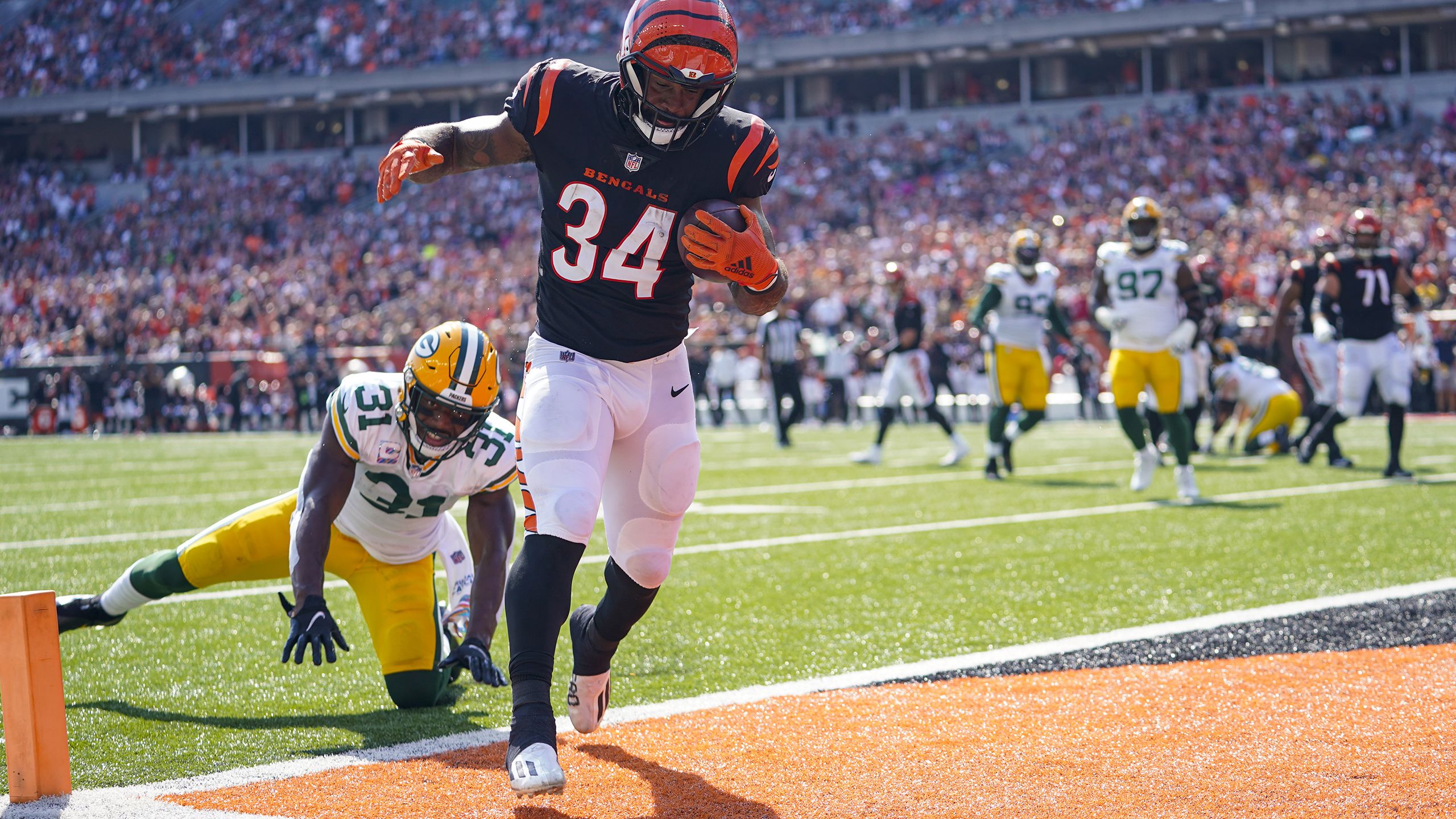 (CINCINNATI Oh.) – Cincinnati’s 25 – 22 heartbreaking overtime loss at the hands of Green Bay was a fitting result for my foray back onto the Bengals beat. After a year and a half hiatus from my press box cohorts, what better way to reacclimate than to watch the home team get punked by one of the NFL’s most storied franchises?

“Gentlemen, think of only three things: your God, your family, and the Green Bay Packers.”

So goes the story of how legendary NFL coach Vince Lombardi first addressed his new team in 1958 after they went 1-10-1 in the season prior. Let’s face it—as great as that motivational quote is—if you insert the Bengals in place of the Packers, it just won’t have the same melodic ring to it.

Neither does the “frozen tundra of Paul Brown Stadium.” With 64,195 looking on (many of them Cheeseheads), the frozen tundra was more like frosted quicksand as both Cincinnati (3 – 2) and Green Bay (4 – 1) botched multiple field goal attempts late in the game that could have sealed the victory. Bengals kicker Evan McPherson did his part to add to the drama by misfiring from 57 and 49 yards out. To add insult to injury, McPherson started celebrating with teammates after the miss.

The Bengals field goal unit started celebrating after they thought they had kicked a game-winning field goal in OT. The kick was missed. pic.twitter.com/1ksN6Zl0ek

Not to be outdone, Mason Crosby dinked and doinked from 36, 51, and 40 yards before finally hitting a 49 yarder with two minutes left in the overtime period to save face and mercifully put an end to a wild and wacky afternoon.

Cincinnati’s offense looked out of sync for much of the day. A hobbled Joe Mixon and Samaje Perine split the backfield duties. Mixon carried the ball 10 times for 33 yards and a touchdown while Perine ran 11 times for 59 yards. Perine also caught a 4-yard TD pass from Joe Burrow to give the Bengals a 7 – 0 first-quarter lead.

Joe Burrow had a solid game statistically (26 of 38 for 281 yards and 2 touchdowns), but you never really felt like he was ever in rhythm. A desperation 70-yard touchdown heave to Ja’Marr Chase at the end of the first half helped to pad his stat line and pull the Bengals to within 16 – 14 at the intermission.

Burrow had an injury scare earlier in the second quarter when he was hit hard while scrambling out of the pocket. He was able to finish out the game but was taken to the hospital afterwards for evaluation of a possible throat contusion.

Meanwhile, Green Bay’s Aaron Rodgers showed up with his usual swagger and bravado. After a slow start, the Rodgers to Davante Adams connection started to sizzle. By the end of the day, Rodgers had 344 passing yards in the books—a whopping 206 of them to Adams on 11 receptions.

“We expected to win this game going into it,” said Bengals head coach Zac Taylor. “We expected [to win it] as it played out. We didn’t need a moral victory to show us that we’re capable of beating great teams in this league. We just want to win them and put ourselves in better positions.”

At the end of the day, this was a golden opportunity lost. You can’t help but feel that as the season winds down—if the Bengals are still in playoff contention—they’ll “kick” themselves for booting this one away.

But long-suffering Bengals fans know that games like this are what you sign up for when you proudly don those stripes. A chance to defeat the storied Green Bay Packers washed away in the agony of another soul-sapping loss—in the most mystifying manner possible.

“We’re a good football team,” Taylor concluded, when asked what he learned about his team today. “And I don’t care whether or not we proved that to anybody today. We’ve known it. We’re disappointed that we didn’t get it. We’ve just got to move on to next week.”

God, family, and the Cincinnati Bengals. And so it goes.

Dr. John Huang covers professional sports for Sports View America. His latest book, KENTUCKY PASSION, debuts October 19 and is available in bookstores and online. You can follow him on Twitter @KYHuangs.