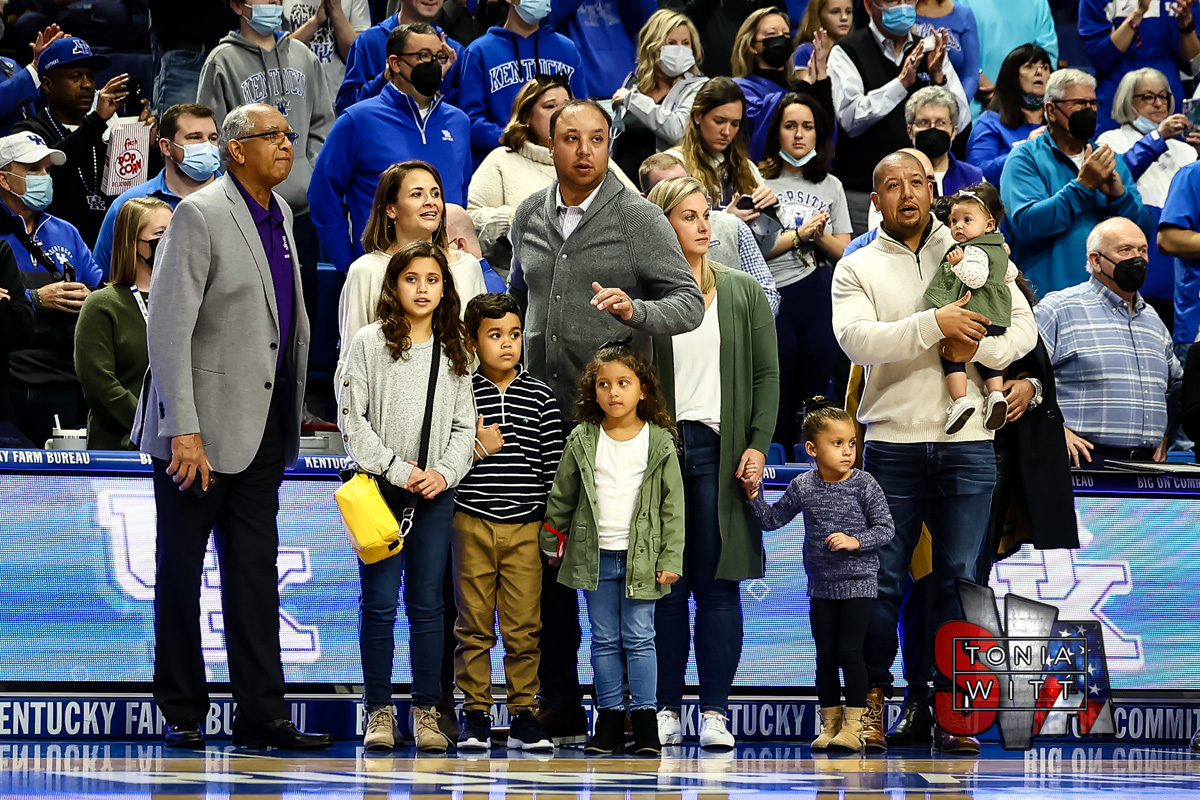 Tubby spent 10 years as the head coach of the Kentucky Wildcats and during his illustrious career, he never failed to win less than 22 games in a single season.  He’s teams reached four NCAA Elite Eights, one Final Four and of course the 1998 NCAA National Championship.

His teams also averaged 26 wins per year while winning five SEC regular season championships and five SEC tournament championships.  He truly had an amazing career as the University of Kentucky basketball coach.

This day was all about Tubby as the University of Kentucky honored him by hanging a jersey with his name in the rafters of Rupp Arena.

Kentucky won the opening tip and TyTy Washington nails a 3-pointer from the right corner to give Kentucky a 3-0 lead.

When the first media timeout was called, Kentucky held a slim 9-5 advantage.

The noon start may have been a little early for the Wildcats as they struggled to get untracked.  Sahvir Wheeler had three turnovers and only one assist in the first ten minutes of the game as Kentucky stumbled along to a 17-14 lead.

Finally with the help of TyTy Washington and Oscar Tshiebwe the Wildcats caught fire and went on a 26 to 11 run to end the half and give the Wildcats a 43-25 halftime lead.  Washington finished the half with 10 points, 6 assists and 2 rebounds.  Tshiebwe chipped in 9 points and 5 rebounds in the first 20 minutes of action.

Kentucky finished the half shooting 58 percent from the field while holding High Point to only 31 percent.  The Wildcats also outrebounded the smaller Panthers 23 to 13 in the first half.

The Wildcats caught fire to begin the second half, led by five straight three pointers by Kellan Grady the Cats went on a 25-5 run that put the game away as they took a 72-39 lead when High Point called a time out with 11:32 to go in the game.

Kentucky continued to roll and finished the game strong as they dispatched the smaller Panthers of High Point in a 92-48 win.

The Wildcats were led in scoring by Kellen Grady with 23 points, Grady was seven of ten from the three-point range.  TyTy Washington and Oscar Tshiebwe both had 15 points apiece followed by Davion Mintz who pitched in 10 points.

Washington led the Wildcats with nine assists and only one turnover.  After struggling in the first half Sahvir Wheeler finished the game with seven assists.

Kentucky has blown out their last four opponents, but the Wildcats will have a much tougher test this coming Tuesday as they take on the LSU Tigers on the road at Baton Rouge, Louisiana.