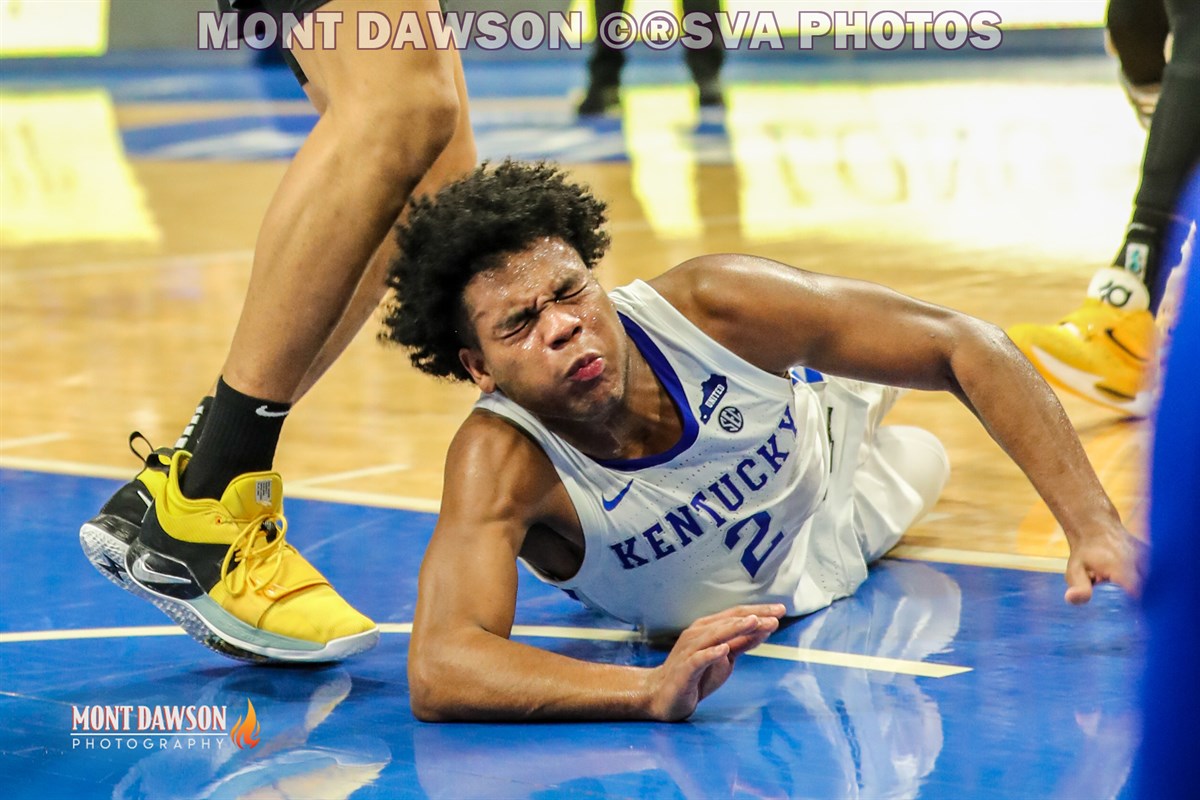 The Missouri Tigers came limping into Rupp Arena for their clash with the Wildcats sporting a 6-6 record.  The Tigers had lost to teams like Kansas City and Liberty, so they are expected to end up at the bottom of the SEC this season.  Plus it didn’t help that their head coach Cuonzo Martin was not at the game due to a positive Covid test.

Kentucky, on the other hand, came into their SEC opener off two blow out wins with a 98-69 win over North Carolina, followed up by a 95-60 victory over the Western Kentucky Hilltoppers.

After losing the opening tip to Missouri, the Wildcat’s Keion Brooks scored Kentucky’s first basket off a tip-in of a Sahvir Wheeler miss.  That was followed up quickly by a TyTy Washington 3-pointer to give the Wildcats a quick 5-0 lead.  A few baskets later and the Wildcats had raced out to an 11-2 lead.

It didn’t take the Wildcats long to steady themselves and go on a run of their own.  The Cats went on an 18 to 4 run to take a 35-22 lead when a TV timeout was called with 3:16 remaining in the half.

When the first half came to an end, Kentucky held a 44-27 lead.  Brooks led the Wildcats in scoring at the half with 11 followed by Washington’s 10.  Wheeler had 6 assists and Oscar Tshiebwe had a team leading 8 rebounds.

The Wildcats struggled to pull away as Tshiebwe was struggling from the field, going 2 of 10 for the game. However, the Cats soon caught fire as they went on a 10-0 run in a 2 minute 39 second period that ended with a timeout with 4:03 remaining in the game, giving the Wildcats a 73-52 lead.

Kentucky wins their 10th game of the season with an 83-56 victory over the Missouri Tigers.  The Wildcats put four players in double figures with Keion Brooks leading the way with 17.  TyTy Washington had 14 points, Oscar Tshiebwe 13 points and Sahvir Wheeler added 11.

Tshiebwe led the Wildcats in rebounding again with 20, which will keep him on top as the nation’s leading rebounder. Brooks was also strong on the boards as he pulled down 9 rebounds and Washington had 6.

Sahvir Wheeler led the team in assists with 9, which should keep his 7.7 assists per game average that was second in the nation coming into this game.

The Wildcats will take on High Point this Friday at noon.  It will be a game to honor High Point and former UK’s Tubby Smith as they lift a jersey to the rafters of Rupp Arena in his honor.