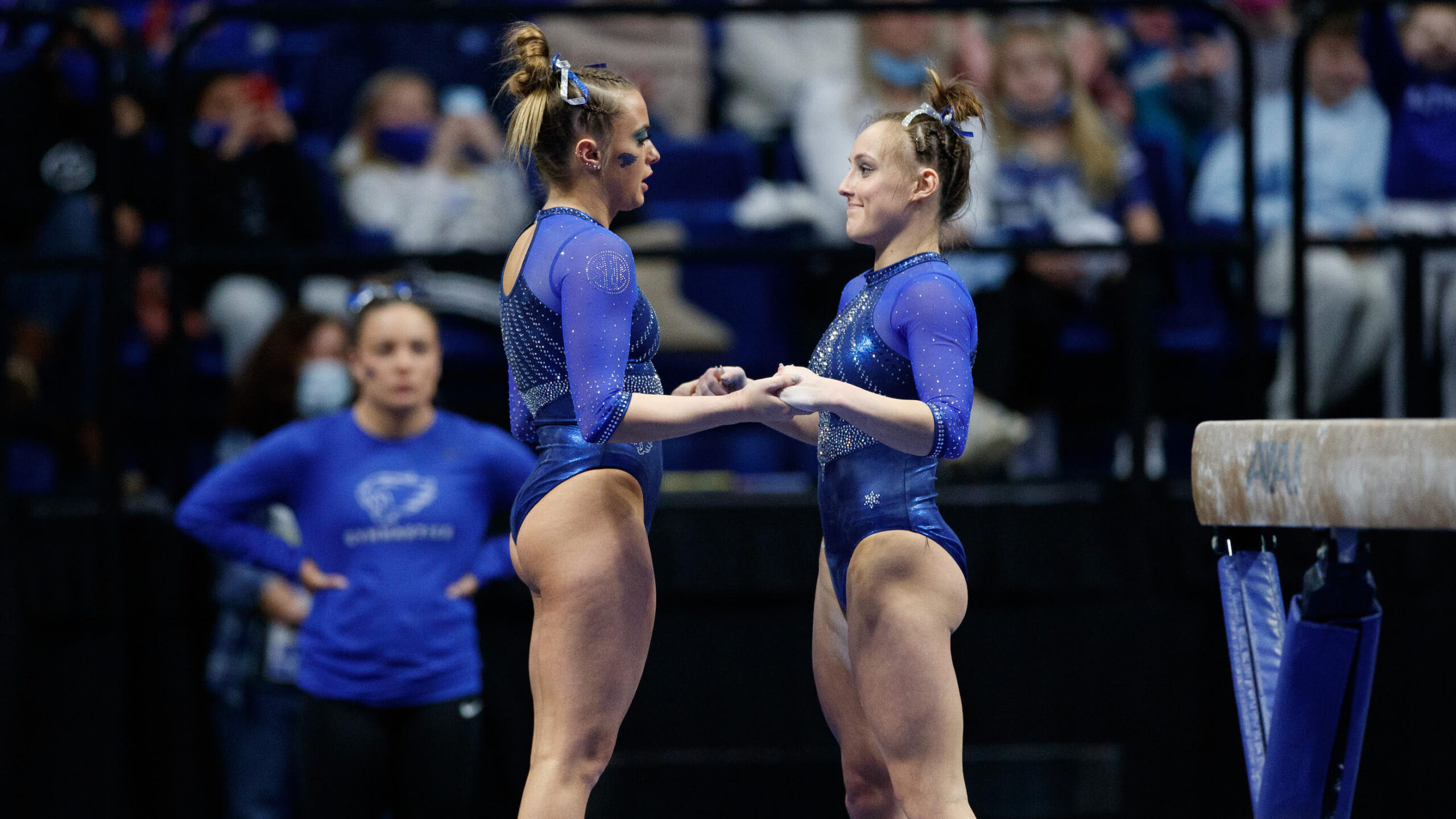 LEXINGTON, Ky. – Reigning all-around All-American Raena Worley put on a show in the long awaited 2022 season debut of the Kentucky gymnastics team on Friday, leading the Wildcats to a 196.525-194.750 victory over No. 28 Ball State on Excite Night inside Rupp Arena at Central Bank Center.

Worley claimed outright victories on vault, uneven parallel bars and balance beam, sharing the title on floor exercise with teammate Hailey Davis. When it was all said and done, Worley was named the meet’s all-around champion for the seventh time in her career.

Kentucky started the night with a strong performance on vault, counting five scores of 9.800 or better. Freshman Jillian Procasky led off the event with a 9.800 in her collegiate debut, followed by back-to-back marks of 9.825 from fellow freshman Makenzie Wilson and senior Cally Nixon. Arianna Patterson earned a 9.875 before Worley tied a career high from the anchor spot with a 9.900, capturing the first vault win of her career.

Building off its 49.225 opening rotation, Kentucky proceeded with six scores of 9.800 or better in its best go-round of the night. Davis led off with a career-high-tying bars score of 9.825, while Josie Angeny, Bailey Bunn and Kaitlin DeGuzman each landed results of 9.800 in the latter’s career debut on the apparatus.

Nixon, who shares the program’s all-time bars record, scored a 9.900 from the third spot, only for Worley to anchor the event with a career-best 9.950 for the fourth time and pick up a fourth career victory.

Kentucky bounced back on floor with a 49.150, led by three convincing performances to end the competition. All-Southeastern Conference senior Anna Haigis scored more highly than all six Ball State competitors with a 9.850, while Davis and Worley ended the night with identical scores of 9.925.

Davis’ performance was good for a career high and her first win on any event, while Worley claimed a share of her eighth career win on floor and finished as Kentucky’s only all-arounder with a total of 39.650.