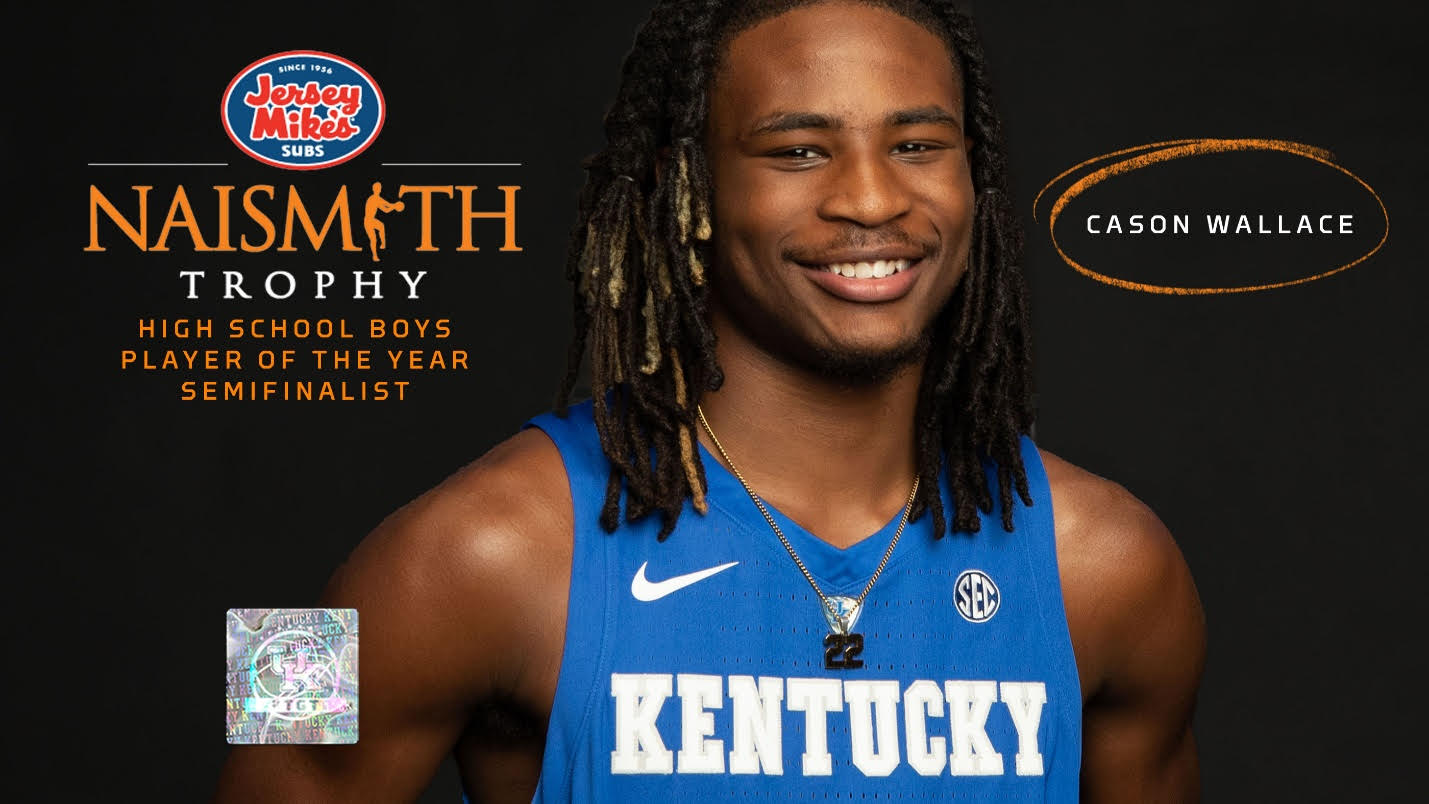 LEXINGTON, Ky. – Kentucky men’s basketball signee Cason Wallace has been named a semifinalist for the Naismith Trophy High School Player of the Year, awarded annually by the Atlanta Tipoff Club.

Wallace is a five-star prospect suiting up for Richardson High School in Dallas. He’s currently averaging 14.6 points, 6.8 rebounds and 4.9 assists per game with a 2.7 assist-to-turnover ratio as a senior. Wallace is also shooting 47.8% from the field and 35.2% from 3-point range.

Ron Mercer is the lone former Wildcat to win the high school honor after a stellar senior season with Oak Hill Academy in 1995.

A 6-foot-4 guard, Wallace has a nose for defense and utilizes his length and activity to disrupt offenses both with deflections and as a shot-blocker from the guard position. He is capable of scoring on all three levels and is effective either on or off the ball to find his spots and help his team on the offensive end.

He signed with the Wildcats during the fall signing period.

“Cason is a winner and a competitor who reminds me of Eric Bledsoe and Shai Gilgeous-Alexander,” UK head coach John Calipari said at the time of Wallace’s signing. “I don’t like to make a lot of comparisons like that, but he has a quiet demeanor with a game that speaks loudly. He can shoot it and create for his teammates, but what really separates him is his defense. He is already an elite on-ball defender who takes a lot of pride in that part of the game.”

“I chose Kentucky because Coach Cal has shown the ability to get players like me to where I want to go with hard work,” Wallace said. “I understand that it will be hard and I wanted to bet on myself.“

The current Wildcats return to action on Saturday at Alabama. Tip is set for 8 p.m. ET on ESPN.