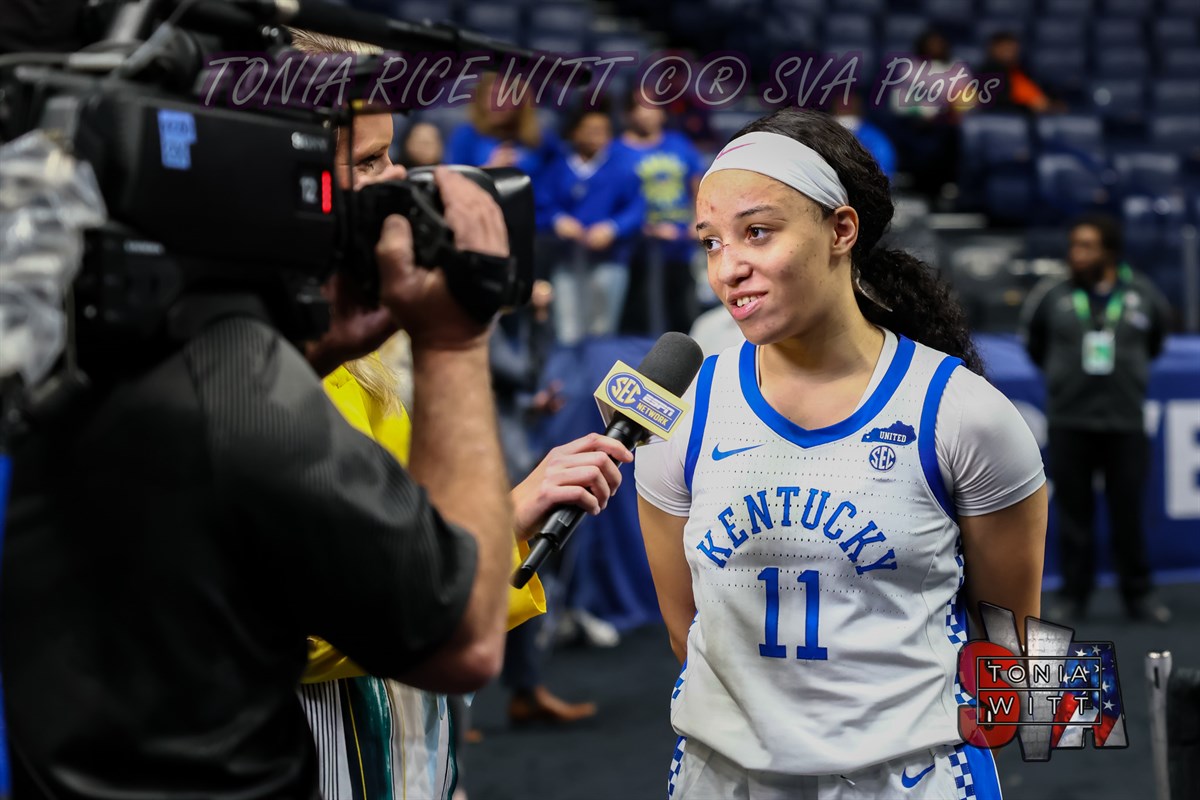 (From UK Athletics)
NASHVILLE – Freshman Jada Walker tied her career high with 21 points as the Kentucky women’s basketball team topped Mississippi State 83-67 in the second round of the 2022 SEC Women’s Basketball Tournament. With the win, Kentucky advances to Friday’s quarterfinals, where they will face second-seeded LSU.

Walker, who broke her nose in the regular season finale against Auburn on Sunday, made seven of 12 from the field, including one of five from behind the arc, and six of six from the line on her way to the 21 points. She added eight rebounds and two assists.

Kentucky (16-11) had four other players in double figures in the game. Dre’una Edwards had a double-double with 18 points and 14 assists, while All-American Rhyne Howard had 14 points, four assists, three rebounds and two steals.

The Cats scored first on a Walker jumper just 18 seconds into the game. After MSU tied the contest, UK ran off six in a row, including four more by Walker, to lead 8-2.

The Bulldogs would score seven of the next nine points to grab their biggest lead of the period, 21-14, before UK got a Benton basket late in the quarter to cut the deficit to 21-16 after 10 minutes of play.

Early in the second period, the teams traded baskets to keep the margin at five points. But from there, Kentucky would score 10 in a row, the last eight by Howard, to take a 28-23 lead. But Howard and Edwards went to the bench with two fouls apiece.

MSU could only get within two before Kentucky went on a run, with Howard back in the game, to end the half. The Cats would assemble a 10-4 run to grab a 38-30 advantage at the break. Howard led all scorers with 14 points in the first half.

In the third quarter, the teams played fairly evenly for the first four minutes. Walker scored five early points for the Cats in the period as UK kept MSU at bay. Over the course of the next two minutes, Kentucky scored eight in a row to take a 53-38 advantage with 4:43 left in the third.

MSU would try to cut into the lead but the Bulldogs could only get to within 13, 57-44, at the end of the third period. Walker had nine points in the stanza for Kentucky.

Kentucky will face second-seeded LSU in Friday’s quarterfinals. Tipoff is set for 7 p.m. ET and the game can be seen on the SEC Network.