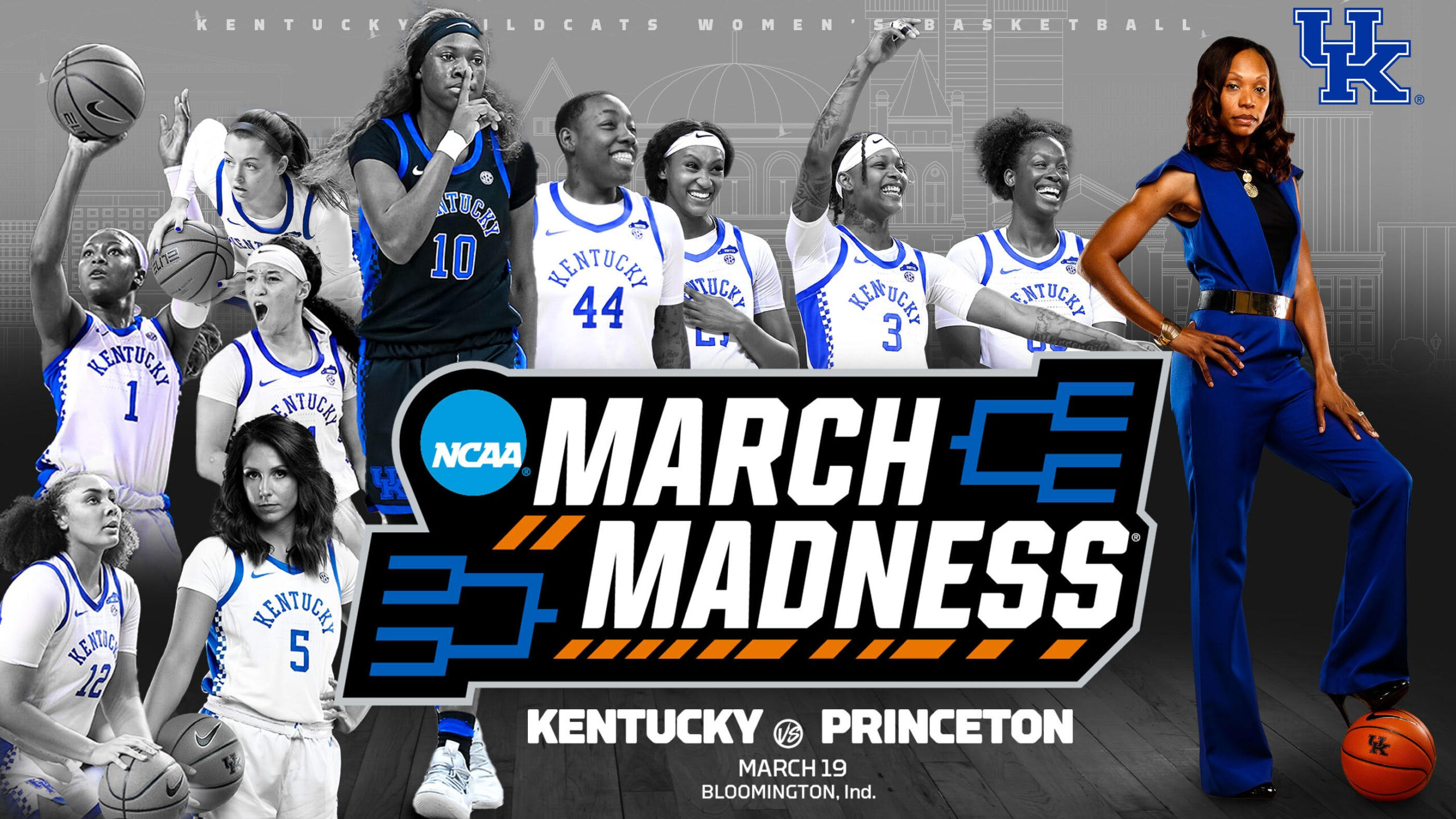 LEXINGTON, Ky. – As the automatic qualifier from the Southeastern Conference, the University of Kentucky women’s basketball team has been seeded 6th in the Bridgeport Region of the 2022 NCAA Women’s Basketball Tournament and will make its 11th appearance in the last 12 NCAA Tournaments. Sixth-seeded Kentucky (19-11) will face 11th-seeded Princeton (24-4) in the first round on Saturday inside Assembly Hall in Bloomington, Ind. TV assignments and tip time is to be determined.

The Wildcats earned a No. 6 seed in the event, marking the third time the Wildcats have been a No. 6 seed in the NCAA Tournament. This is the 17th all-time appearance for Kentucky in the NCAA Tournament. UK is 2-2 all-time as a sixth seed. UK was last a six seed in 2019 when they defeated Princeton in the first round in Raleigh, N.C., before falling to No. 3 seed NC State.

The Wildcats enter the event with a 19-11 record and ranked No. 16 in the latest Associated Press Top 25 that was released last Monday. Kentucky will enter the tournament as one of the hottest teams in the nation having won 10 straight games. UK won six straight to end the regular season and then won four straight in the SEC Tournament to win its first tournament title since 1982. It was a memorable run to the title for Kentucky, defeating Mississippi State, No. 6 LSU, No. 18 Tennessee and No. 1 South Carolina to raise the trophy. Kentucky was the second lowest seed ever to win the SEC Tournament Championship and were the only No. 7 seed in any power five conference tournament to defeat the No. 1, 2, and 3 seeds to earn the conference tournament title. Elzy became the fifth coach in league history to accomplish that feat, joining Joe Ciampi (Auburn), Jim Foster (Vanderbilt), Melanie Balcomb (Vanderbilt) and Holly Warlick (Tennessee).

The turnaround for Kentucky overall has been amazing. The Wildcats sat 9-11 overall and 2-8 in the SEC on Feb. 10. Less than a month later, the Wildcats will enter the NCAA Tournament 19-11 overall, 8-8 in the SEC and with a conference tournament title. The 10-game winning streak is the most for Kentucky under Elzy. All 10 wins were against league foes, marking only the second time in program history the Wildcats have achieved that feat. During that stretch, five straight games were won by 15 or more points, marking the first time in program history UK has done that.

Kentucky has been led this season by senior guard Rhyne Howard, who is averaging 20.6 points per game with 7.3 rebounds per game. Howard has hit a team-best 68 3s, adding 101 assists, 71 steals and 39 blocks. Junior redshirt forward Dre’una Edwards is averaging 16.9 points per game and 8.2 rebounds per game. Edwards was amazing in Kentucky’s SEC Tournament run, earning national player of the week honors along the way. She scored 27 points against No. 1 South Carolina with nine rebounds. She went 11-of-21 from the field and 3-of-5 from long range, including the game-winning 3-pointer with just over 4 seconds to go. Edwards scored UK’s last seven points in the game to clinch the win.

Kentucky was one of seven SEC teams to be awarded a bid to the NCAA Tournament on Sunday evening. South Carolina is the overall No. 1 seed in the Greensboro Regional. LSU, Tennessee, Ole Miss, Georgia and Arkansas are also going to the Big Dance.

The Wildcats will play their first and potential second-round games in Bloomington, Indiana as 3rd-seed Indiana has earned a host selection. All games will be played inside Assembly Hall. Tickets will go on sale Monday at 10 a.m. ET through IUHoosiers.com.

For the 19th consecutive year, an ESPN channel will broadcast all 67 games of the 2022 NCAA Division I Women’s Basketball Championship. This marks the 27th straight year (since 1996) ESPN is the championship’s exclusive television home. All games will be available online via the ESPN App. The 2022 NCAA Women’s Final Four is expected to be distributed to over 200 countries around the world.

The Women’s Final Four will be played Friday, April 1, and the national championship game is Sunday, April 3 at the Target Center in Minneapolis, Minn.

2022 First and Second Round Schedule