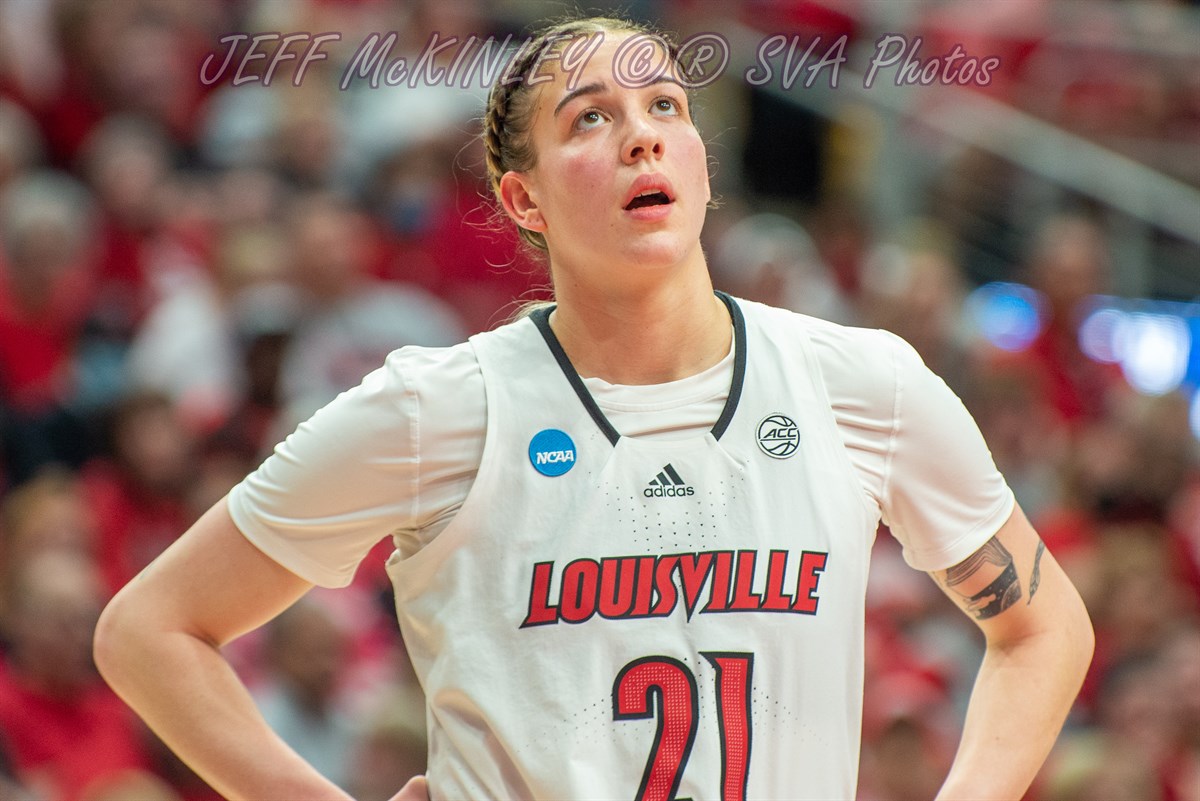 Louisville takes the Zig out of the Zags!!!

Tonight one of the teams will punch their ticket to the sweet sixteen in the Wichita Region. Louisville will be trying to keep their unblemished record in tact.  The Zags come into the game on a one game winning streak at the YUM!.

Louisville has come to play tonight!!! In the first two minutes they have turned the Zags over 5 times and only allowed one shot.  It by the way was an air ball. On there way to a 10-0 start before the Zags coach had seen enough to call a time out with 6:44 to go in the first stanza.

At the first media timeout Louisville 14, Gonzaga 0.  But the Zags aren’t going away.  They scored the next 8 points before being fouled on a three point shot. Zags on a 10-0 run. Check that a 12-0 run, while Louisville has thrown up two air balls themselves.

With 4:24 to go in the first half Gonzaga has tied the game at 22.  Coach Walz not too happy with his squad right now.  But things sure are falling the Villes way.  Kianna Smith makes a Hail Mary that bounced high of the rim and in for a trey as time was expiring.  Taking a 36-32 lead into the locker room.

Even though Gonzaga started out slow in the game…at the half they are shooting 44.4% from the field while the home standing team is shooting 39.5%.  Defense is definitely the reason the Cards have the lead.  They forced 9 turnovers, scoring 10 points off of those TO’s.

Third period the Lady Cards are coming out on fire with Hailey Van Lith dropping two consecutive threes from in front of the home bench.  It’s gotten the full house on their feet and energizing the place.

Senior Emily Engstler has done a little of everything in the third.  A couple steals, one went coast to coast.  Then when they needed a big time bucket she drives for an “AND1”!  At the end of three periods the Cardinals have stretched the lead to twelve. 56-44.

Only ten minutes of regulation stand between these teams moving on or going home. Tonight for sure will be emotional for the five seniors on this team.  Regardless of the turnout this IS their final game here.

With 7:19 to play Coach Walz calls a timeout leading 60-48, and having just scoring a bucket to draw up the next series of offensive plays.

Within the last three of this game all ten of the women on the floor are playing their asses off!!  Bodies are flying everywhere, going for steals and rebounds!!

Louisville moves onto the sweet sixteen by dedicating the Gonzaga Bulldogs 68-59 tonight in Louisville.

Emily Engstler had a double double 12 points and eleven rebounds.  Hailey Van Lith led the team in scoring with 21.