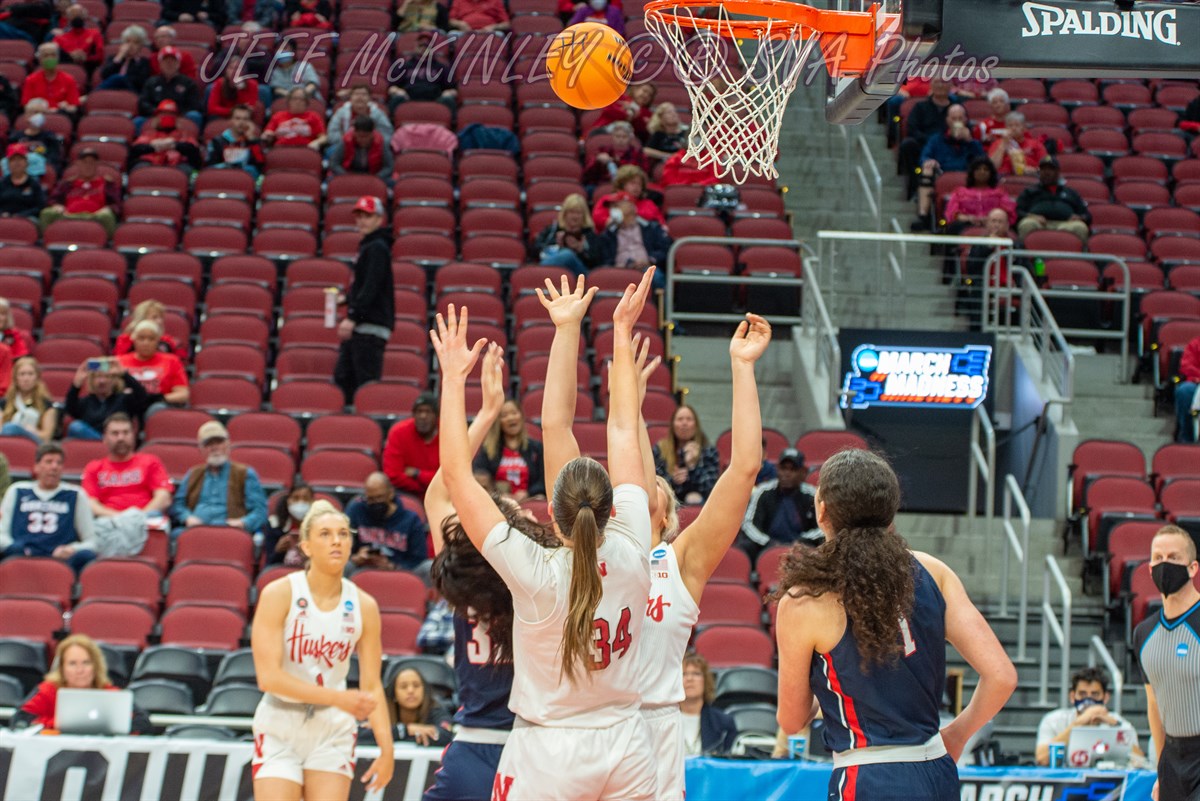 Nebraska is coached by Amy Williams.  The Cornhuskers bring a 24-8 record into the tournament.  The  Cornhuskers start a very young lineup of 2 Freshmen, 2 Sophomores, and a Junior.

Gonzaga is coached by Lisa Fortier.  The Bulldogs bring a 26-6 record into the tournament.  The Bulldogs start a very experienced lineup.  Starting 2 Retuning Seniors, 2 natural Seniors, and a Junior.

With 5:06 to go in the first half Kayleigh Truong took a nasty blocking foul and had to be taken directly to the dressing room for attention.  It was for sure a full speed collision that caused both women to hit hard!!.

Gonzaga got back into this game during the second quarter by dominating the boards, out rebounding the Huskers 21-15.  At the half it Gonzaga 33, Nebraska 30.  The Bulldogs are shooting 46.4% from the floor, while the Huskers are shooting 36.0%.

Good news for Gonzaga. Starting guard Kayleigh Truong was able to start the second half after her medical treatment in the first half.

End of the third and Gonzaga has extended their lead, out scoring the Cornhuskers that period by 8.  Score Gonzaga Bulldogs 54, Nebraska Cornhuskers 43.

Gonzaga hangs on to win the game 68-55.  The Cornhuskers couldn’t overcome the performances of the Truong sisters. Kayleigh led the Zags in scoring with 20 points, while Sister Kaylynne dished out 6 assist.

Gonzaga will play again on Sunday against either Number one seeded Louisville or 16 seed UAlbany.