Skip to content
You are here
HOME PAGE / 01 FEATURED / Cruising with the Cards -Round one NCAA Womens Championship – Louisville, Kentucky KFC YUM! Center 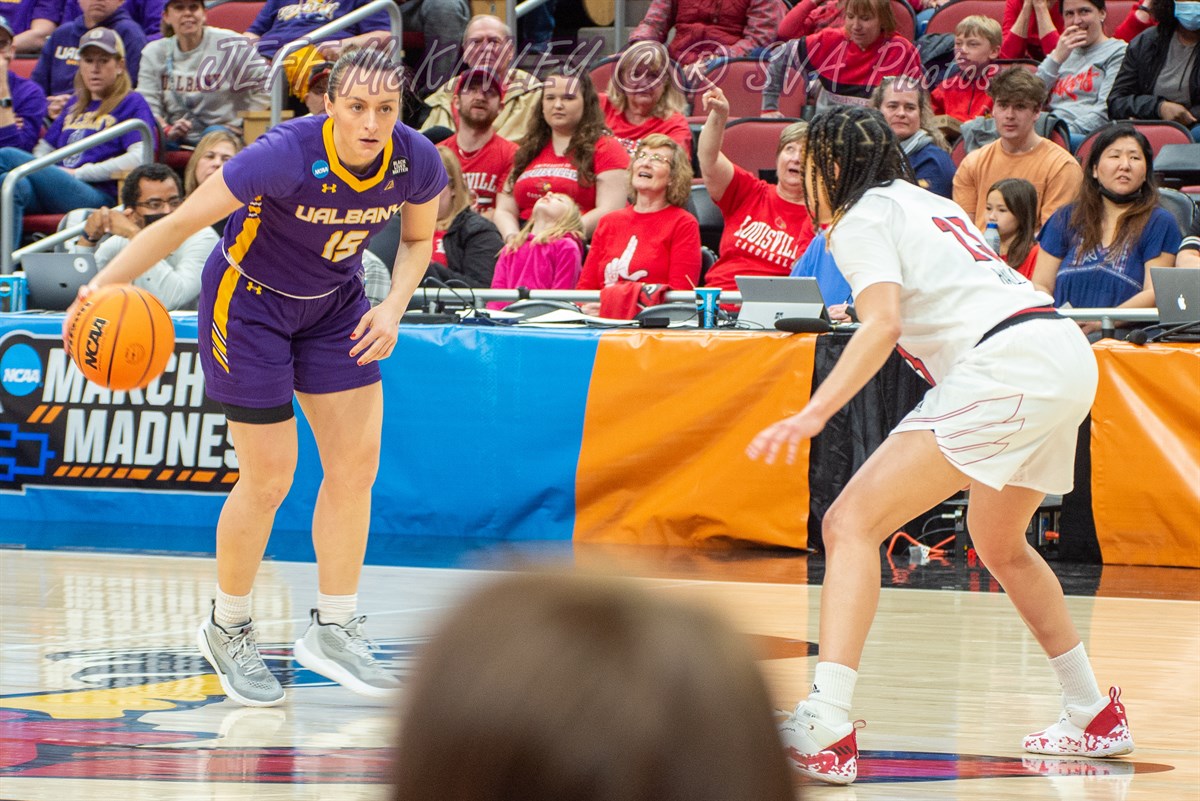 The home crowd surely showed up in force to cheer the Lady Cards today.  The crowd has been rewarded early buy some stellar defense that has caused a shot clock violation and a 5 second out of bounds violation in the first period.

Louisville totally dominated the Great Danes in the first period.  Leading 19-7. Louisville shot 43.8%fg, 33.3% from behind the arc. The home team also out rebounded UAlbany by three in the first.

Second period was almost a carbon copy of the first.  Stifling D, and hot shooting.  Louisville is burning up the nets shooting 56.3% from the field and 33.3% on the treys. Defensively they are holding the Great Danes to 29.2% from the field and 11.1% on threes.  The Lady Cardinals are also out rebounding the visitors 21-14. Biggest defense stat of all is that Louisville forced 17 first halftime turnovers and scored 24 of their 48 points.

End of the third period and I’m out of superlatives for this Louisville team!  They have extended the lead to 65-38.

I have to say that even though his team is up 77-45 with 4:37 to go in the game Coach Walz is still coaching up his players.  Both the players in the huddle during timeouts, or players on the bench to keep them engaged.  If I had a dollar for every time I heard the phrase “I can’t coach that BLEEP” I could probably fill up my gas tank this weekend!

Louisville takes the victory 83-51.  They move on to Face the #9 seed Gonzaga Bulldogs on Sunday.