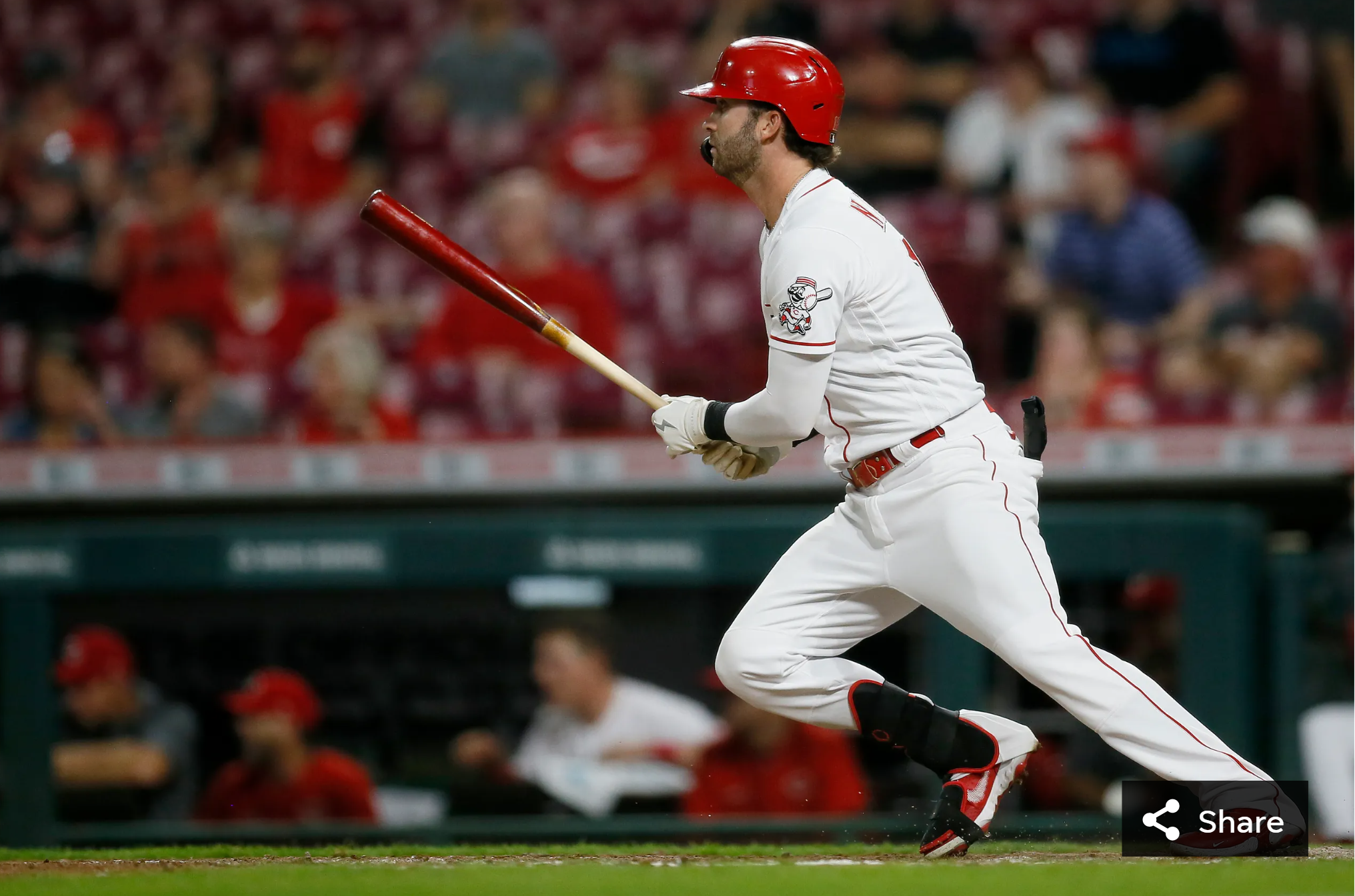 (CINCINNATI, Oh.) – It’s weird. The Reds stink this year. After some significant cost cutting measures during the offseason, Cincinnati promptly got off to its worst start in franchise history. At one point they lost 20 of 21 ball games, including 11 in a row. A fifth of the way into the regular season, the team devoid of superstars still sports the worst record in Major League Baseball.

Strangely, however, there’s not the level of cynical gloom and doom you might expect from the home fans. In fact, today’s midweek day game at Great American Ballpark still brought plenty of cheers and excitement. Perhaps it was the busloads of school kids making their annual field trip to the Queen City. Or maybe it truly was a businessman’s lunchtime getaway. Or perhaps it was just the long-awaited 80-degree temps for fans tired of an extended winter. Whatever the reason, optimism and hope seemed to emanate from the 11,851 happy fans who got out to the ballpark and witnessed their home team win again.

The two Tylers—Naquin and Stephenson—delivered bases-loaded, bases clearing hits early on to power Cincinnati (7 – 24) to a 14 – 11 victory over the Milwaukee Brewers. Naquin hit a bases-loaded triple to the right center field wall in the bottom of the first inning, staking the Reds to a 4 – 0 lead. Not to be outdone, Stephenson delivered his double in the second inning—accounting for his fourth RBI of the afternoon—giving the Reds the cushion they needed.

“I feel like if you can score early—I don’t know what the statistic is—but in terms of who wins the game, I think it’s pretty high,” Stephenson acknowledged, regarding his quick start. “Especially with the starter too, for them to pitch with the lead, it changes everything. Pitching with the lead and pitching from behind is two different mindsets. Early lead was huge.”

Reds starter Vladimir Gutierrez (0 – 5) labored through 4.2 innings while giving up four runs on six hits, striking out six, and walking two. Alexis Diaz (1 – 0) came on in relief to record his first save.

“Great day offensively,” said Reds manager David Bell in the postgame meeting with media. “Not only the hits and the RBIs but just grinding out at bats, controlling the strike zone, getting opportunities, and getting guys on base. That created the opportunities. We needed it all, and whatever it takes to win a game. It’s not always perfect, but it is always a team effort, and that’s what it took today.”

Perhaps there is a legitimate reason for all the hope and giddiness in the air. For those of us assigned to keep score, this was Cincinnati’s fourth win in the last six games. It also marked a series-clinching victory against a Brewers team that just one week earlier outscored them 34 – 12 in a three-game series sweep in Milwaukee. What’s more, the Reds offense is ramping up, even with a bunch of starters still missing in action. With two of their designated stars—Joey Votto and Jonathan India—slated to eventually return, there’s plenty of hope for this continued turnaround.

“This can be where it starts,” said Bell after the recent series win against Pittsburgh.

Granted, there really was nowhere for his team to go but up. But what did Bell mean by that comment. Have his goals for the team changed?

“It is all about wins,” Bell clarified. “That’s what we’re here for. I said that because with wins comes confidence. With success comes confidence. It’s not that all of a sudden the effort was better in the Pittsburgh series. That’s been going on all year. So, once you have some success and win a couple of games, you can definitely build on that.”

Don’t get carried away. An abbreviated hot streak does not a World Series contender make. It simply means the team can now at least be competitive while grinding through a 162-game schedule. It means staying out of the cellar and avoiding the tag of league laughingstock. It means improving one step at a time. For a team that looked destined to forever crawl through the gauntlet, baby steps look fine right now to me.