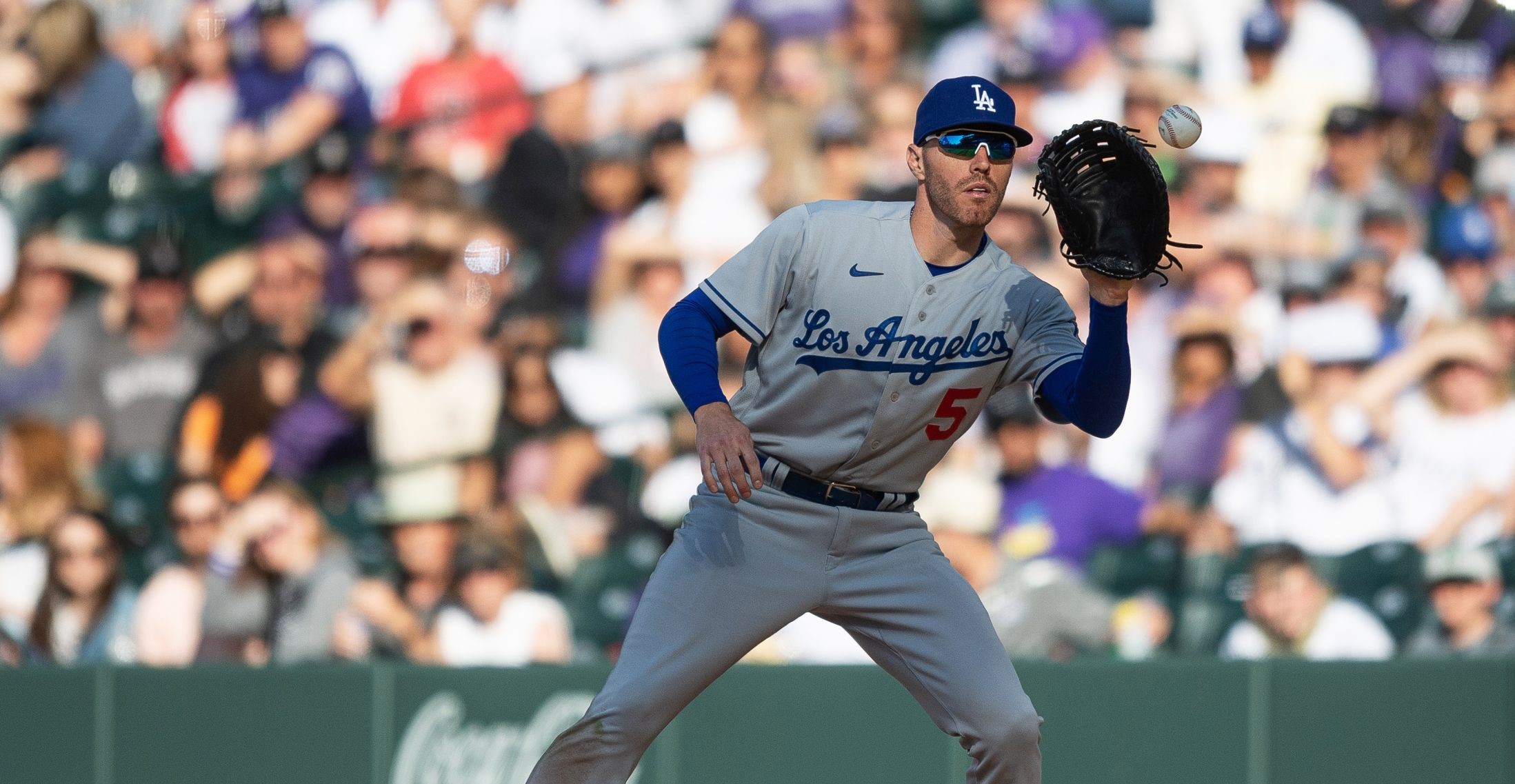 (CINCINNATI, Oh.) – It was the best of teams, it was the worst of teams. The Los Angeles Dodgers and the Cincinnati Reds—two ball clubs currently on the opposite ends of the Major League spectrum—squared off in the final game of their three-game series this afternoon at Great American Ballpark before 21,989 spirited (Dodger) and dejected (Reds) fans.

The Dodgers (43 – 25), marching through another expected spring of hope and season of light, defeated the Reds 10 – 5, sending Cincinnati (23 – 46) plummeting further into their season of darkness. For Reds fans, the winter of despair continues as Cincinnati lost its seventh straight game, including all six in this current homestand.

“It’s really special,” Greene confessed, when asked what it was like to go up against an icon like Kershaw. “There are times to take all that in and kind of step back and appreciate that moment. But also having to lock in and understand that I have a job to do and have to go out there and compete.”

“I grew up watching him,” Greene, a Los Angeles native, continued. “And when I’d go to games as a kid with my dad, I’d see him all the time and see him do well. Really cool to go up against him. I wish the game could have been competitive on both sides. But really cool to be able to go against him. There have been a couple of moments like that for me.”

LA first baseman Freddie Freeman continued his current reign of terror, blasting a two-run shot in the top of the third inning giving the Dodgers the momentum they needed. Cody Bellanger, Max Muncy, Will Smith, and Trayce Thompson subsequently joined in the visiting team’s homerun barrage. Freeman now has 13 hits and 14 RBIs in games against the Reds this season. Where’s Joey Votto when you need him?

“You have guys that have ten years of playing and ten years of experience on you,” Geene said, when asked about the challenge of going up against the Dodger juggernaut. “I understand that not a lot of people want to hear that. They want to see results. I want to see results too. That’s just the reality of things. When you put experience together with talent, you’re pretty good.”

The contrast in talent and experience between Los Angeles and Cincinnati is as startling as their team colors. The Dodgers, decked out in azure blue, represent baseball royalty. They sport one of the best records in the National League to go along with the highest payroll in baseball. They worked the entire offseason as if their only goal was to add to their World Series titles.

The Reds on the other hand—swaddled in their namesake red uniforms—sit forlornly at the bottom of the Major League standings. By now you’re well familiar with the cost cutting measures undertaken by management that got them there. We’re not even halfway through the regular season, and Cincinnati is already twenty and a half games behind their west coast brethren. Fans are angry, embarrassed, some bordering on apoplectic.

You can’t really blame them. The gap between good and bad remains disproportionately wide. The Reds are winless against the Dodgers in all seven games played head-to-head this year. Los Angeles has outscored Cincinnati 52 – 18. Although starting pitching appears to be the Reds’ strength this year, the Dodgers blitzed through the big three of Tyler Mahle, Luis Castillo, and Greene like they were taking batting practice.

Supposedly, this is the toughest part of the Reds’ schedule to date. Games versus the Giants, Braves, and Mets loom in the immediate future. The lack of wins during this current stretch doesn’t do much to instill confidence for any sort of rapid turnaround. I guess if you can’t win ballgames, you might as well assuage the pocketbooks and passion of all those who still might believe.

“People here in Cincinnati love the Reds,” said the always-positive Reds Manager David Bell. “In the clubhouse, this is our life. We care about winning. That’s the only thing we care about. To be able to go out and not get it done is very frustrating. But we’ve all been through it before. We also know how to get through it and get to the other side.”

For all those Dodger fans in blue flooding the stadium, the epoch of belief continues. Unfortunately for Reds fans, the epoch of incredulity is beginning to reign supreme.