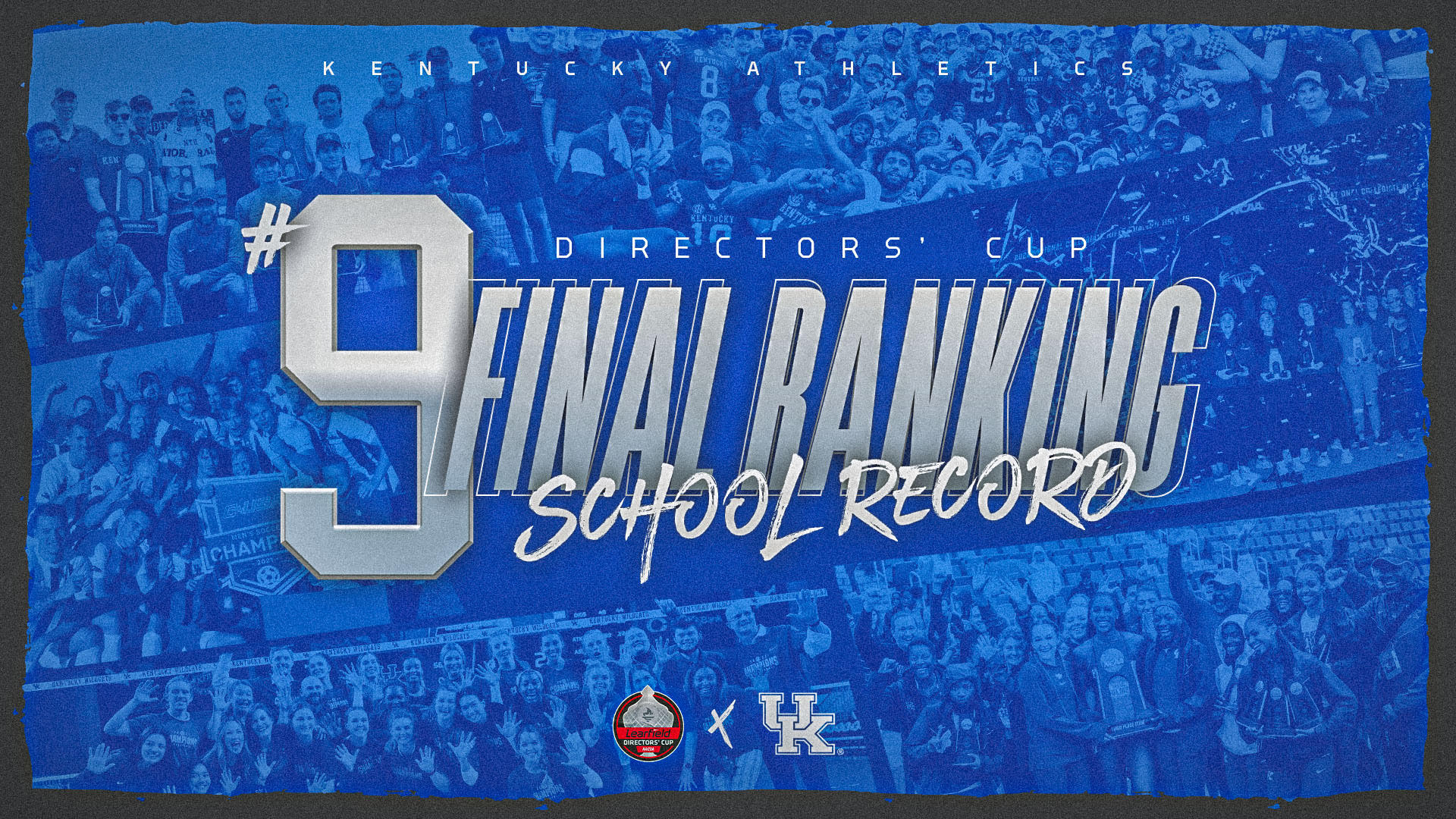 Highest finish in school history in national all-sports standings; fifth year in a row in the top 20

The ninth-place ranking eclipsed the previous school record of 10th place in 2016-17.  UK Athletics also extended its streaks of five years in a row in the top 20 and 10 consecutive years in the top 30, not including the 2019-20 school year when there were no standings kept because of the cancellation of winter and spring sports championships.  The Directors’ Cup began in 1993-94 and the best eight finishes in school history have been under current Athletics Director Mitch Barnhart, all of which have come in the last nine years.

“We’re grateful to our teams, athletes, coaches and staff for the achievements which have led to this unprecedented ranking. I also want to thank the Big Blue Nation, whose support is the foundation of our program,” Athletics Director Mitch Barnhart said.

“The Directors’ Cup is a measure of success in the arenas and fields of competition. At the same time, our young people have maintained success in the classroom – school records this year for graduation rates and total number of graduates from athletics, along with extending our streak of 20 consecutive semesters with a department-wide 3.0 GPA.

“We will celebrate those successes, yet we will never be satisfied.  Undoubtedly, there remains room for growth as we continue our quest of being among the elite athletics departments in the nation.”

The Directors’ Cup measures competitive success for 358 Division I schools. For each NCAA-sanctioned sport, points are awarded based on NCAA championship participation. This year, 18 of UK’s 22 eligible teams reached postseason play and scored points toward UK’s final Directors’ Cup tally.

Here is Kentucky’s history in the Directors’ Cup, with progression of the school record in bold: