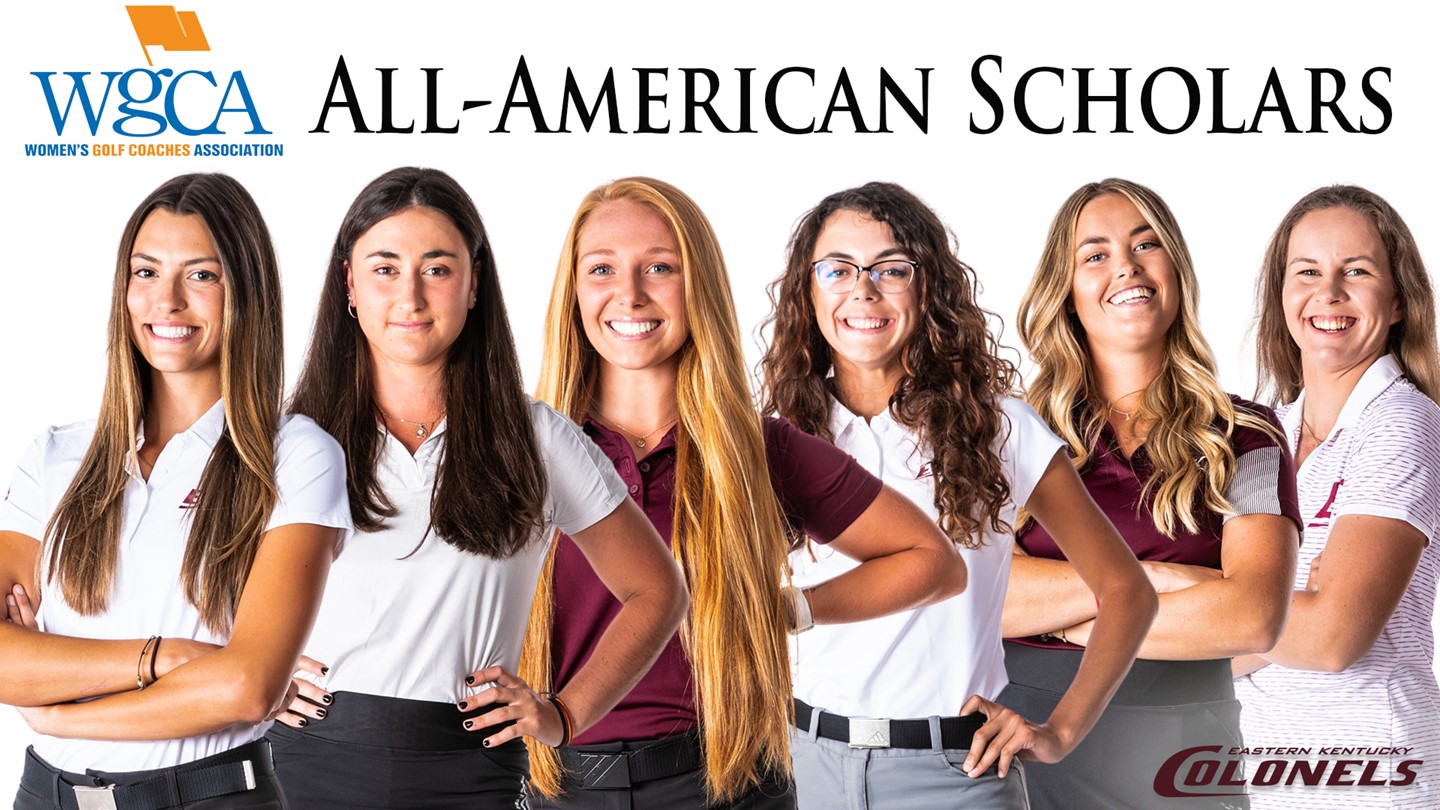 The criteria for selection to the All-American Scholar Team are some of the most stringent in all of college athletics.  The minimum cumulative GPA for selection is 3.50.

“Our players put a high priority on their academics and it’s great for them to be recognized for their hard work on and off the course,” Head Coach Mandy Moore said.  “This award combines golf and academics and to have so many get the award is awesome.  I’m very proud of them and the year they had.”

No other ASUN Conference program had more than EKU’s six honorees.

Kristinsdottir was a second team CoSIDA Academic All-American, the ASUN Conference Golfer of the Year, ASUN First Team All-Conference, ASUN Women’s Golf Scholar Athlete of the Year and a member of the ASUN Women’s Golf All-Academic Team.  She was the second player in program history to earn an individual bid to the NCAA Regional.

A total of 1,485 women’s collegiate golfers from across NCAA Division I, II and III were recognized with the prestigious honor.