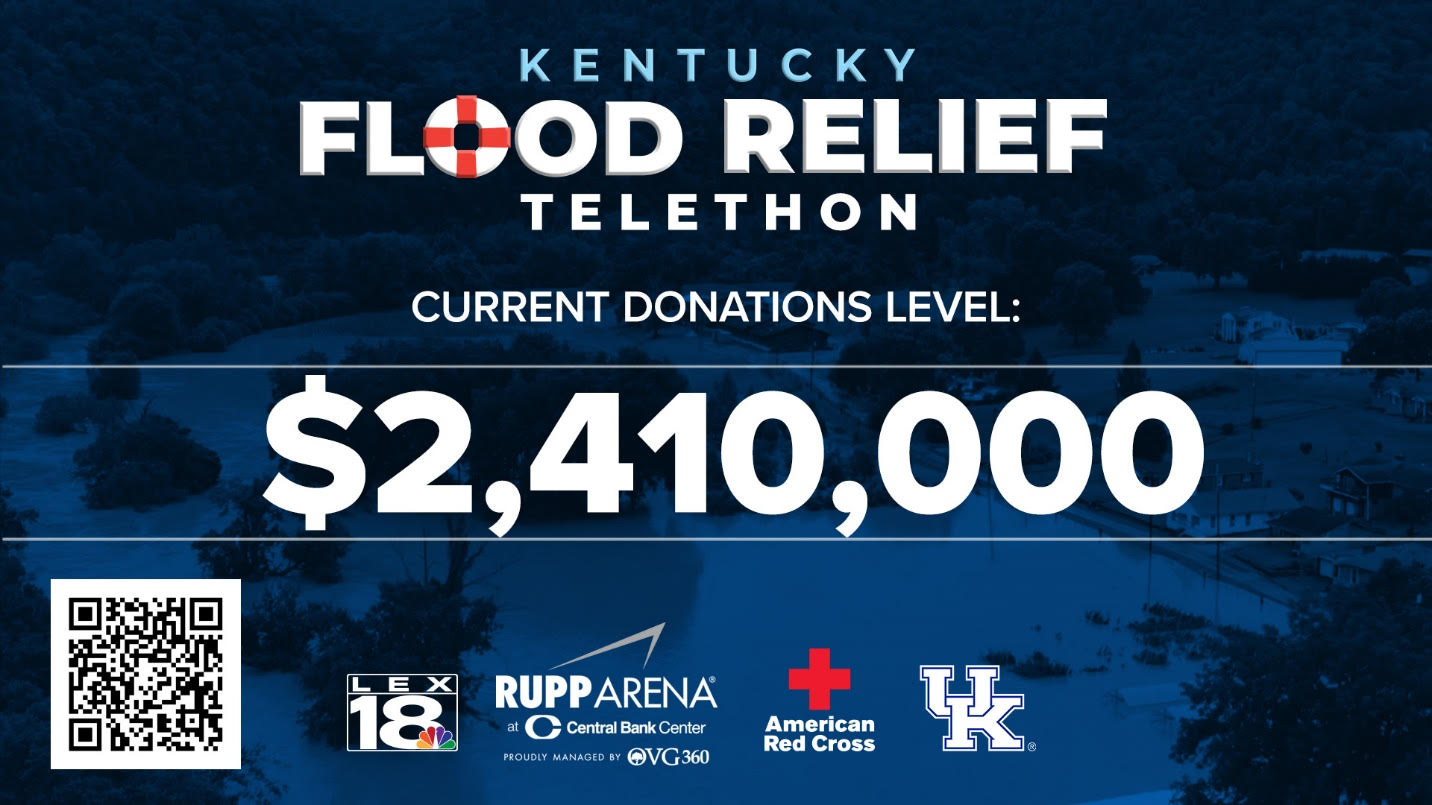 At the end of the three-hour open practice session, $2,410,000 raised was announced

LEXINGTON, Ky. – The Kentucky men’s basketball team hosted an open practice inside of Rupp Arena at Central Bank Center in conjunction with a telethon hosted by Joe and Kelly Craft, LEX 18, the American Red Cross and Rupp Arena for Kentucky Flood Relief on Tuesday. At the conclusion of the three-hour open practice session, the effort had raised $2,410,000.

Donations for the Kentucky Flood Relief were accepted in a number of ways on Tuesday night, including donations at the door, via the phone lines open courtside at Rupp with UK student-athletes and staff from multiple teams, as well as online. All the proceeds are going to the American Red Cross to benefit the immediate needs of Kentuckians impacted by the floods.

Fans who still wish to participate can continue to donate. Donations for the Kentucky Flood Relief can be made at the following:

This marks another tremendous effort for the Kentucky men’s basketball program in aiding the needs of those affected by a natural disaster. In 2010, Kentucky and head coach John Calipari used a telethon to raise more than $1 million for victims of the devastating earthquake in Haiti. UK followed that up with another telethon in 2012 that generated $1 million for victims of Superstorm Sandy. In 2017, the team hosted a telethon for Hurricane Harvey victims and raised more than $1 million. In December, UK raised more than $5 million in total efforts for Western Kentucky after portions of the state were impacted by deadly tornadoes. Calipari also helped raise funds for West Liberty, Kentucky, after tornadoes ravaged the town in 2012.