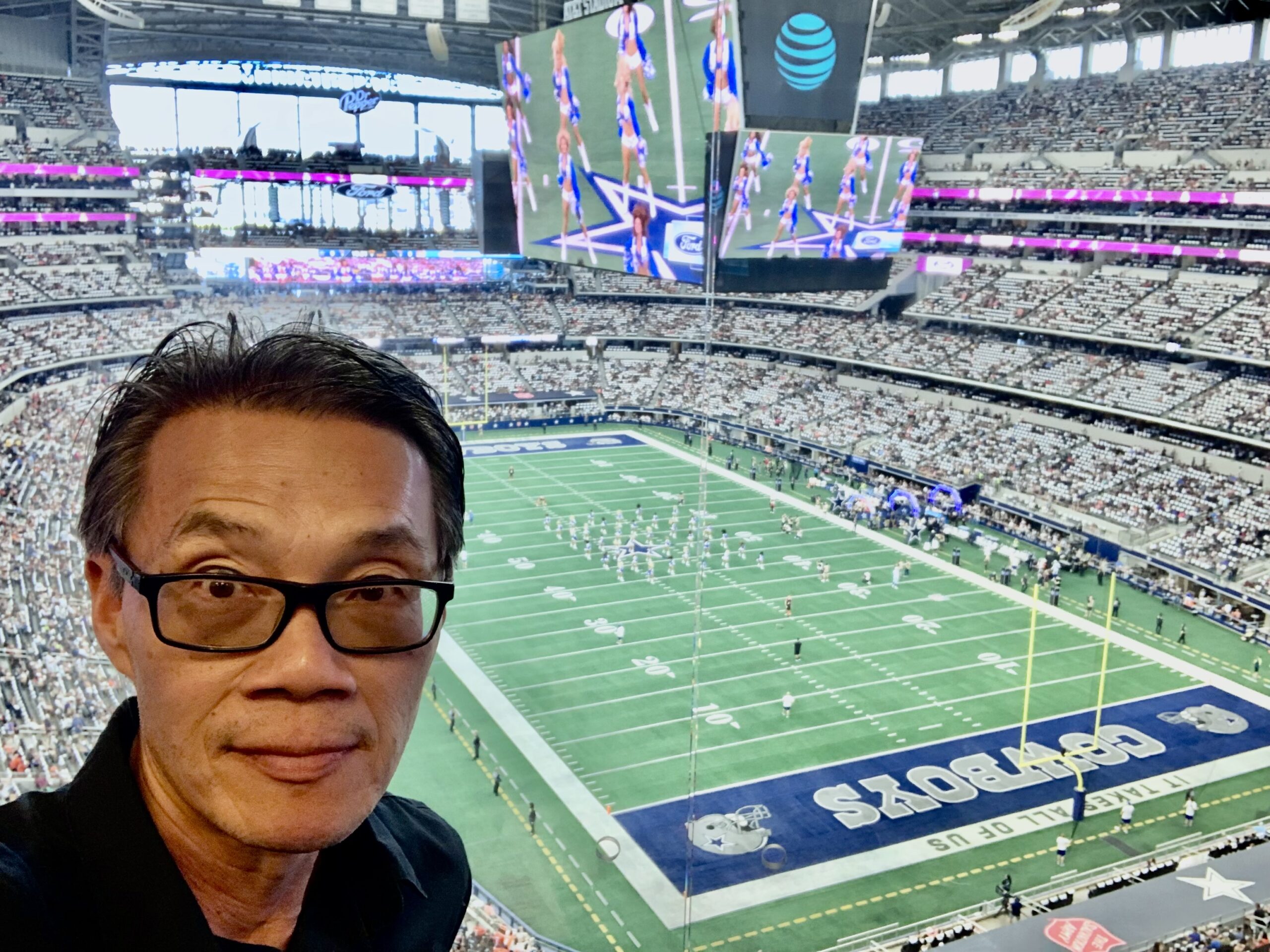 Bengals suffer another last-minute defeat at the hands of the much-despised Dallas Cowboys at AT&T Stadium.

During the Dallas Cowboys’ nationally televised opener in 1979, the lead CBS announcers introduced the ever-popular NFL franchise as “America’s Team.” I didn’t like the reference back then. Forty-plus years later, the moniker still resonates with me like a root canal gone bad.

I’ll confess, I’ve always rooted fervently against the Cowboys. I’m not really sure why. I just knew that in my mind, Coach Tom Landry was public enemy number one. Back then, there was a lot NOT to like about the Cowboys. While Bob Lilly and the “Doomsday Defense” stalked you like evil personified, Roger Staubach and Cliff Harris stayed busy eating your lunch.

Deep down inside, I suspected my outright disdain for the Cowboys was based on envy, jealousy, and discontent more than anything else. Dallas was good, and the teams I cheered for were not. Their fans were loud, supportive, and passionate. In return, Cowboys’ management spared no expense in treating everyone like kings. One marketing gimmick—the Dallas Cowboys Cheerleaders—became (and remains to this day) every schoolboy’s fantasy dream come true.

To add insult to injury, my best friend growing up was a die-hard Dallas fan. Week after week during football season, he’d subject me to endless taunts, tales, and torment about how great his team performed. Honestly, he got to me. I loathed those stupid lone star helmets so much that I became a Washington Redskins fan for life.

Despite my deep-seated issues with the green-eyed monster, I’ve always wanted to attend a Dallas Cowboys’ home football game. When the Cowboys popped up on the Bengals’ schedule this year, I knew I was destined for Jerry World.

AT&T Stadium sits like an other-worldly UFO rising majestically from the flatlands of northeast Texas. With its massive size, unique architecture, and oversized high-definition scoreboard, the entire structure screams “overcompensation.” Nevertheless, the Jerry Jones’ monstrosity remains one of the premiere showcase venues of the NFL. Built in 2009 at a cost of over a billion dollars, the one-hundred-thousand-seat arena still retains much of its initial luster and draw.

Hospitality wise, it’s by far the best stadium venue I’ve encountered in all my travels. The natives are friendly, and the media buffet is sublime. Prime rib, barbecue brisket, grilled asparagus, and the lobster mac and cheese are all tantalizingly laid out before you as the main event unfolds. Finish strong with the dessert bar, and a diabetic coma is sure to follow. Food in Texas never disappoints.

As I’m stuffing my face like an eating machine, the same couldn’t be said for the Bengals’ dismal performance out on the field. For the second straight week, an unproductive offense and an inconsistent O-line resulted in six Joe Burrow sacks on the way to another crushing, last-minute 20 – 17 defeat.

To make matters worse, the Cowboys entered the contest with a backup quarterback, just one starting NFL caliber receiver, and the entire left side of their O-line nursing injuries. Still, the Bengals couldn’t capitalize. The AFC champions thus start the season at a stunning 0 – 2 while embarrassing themselves at the hands of the team I despise most.

Together with Kentucky Basketball’s loss to UConn in the 2014 Final Four, my two trips to Jerry World have both been crash and burns. I keep telling myself, however, that it’s not the result but the journey that counts. The truth is that AT&T Stadium remains a sight to behold. Fill it with 94,944 crazy Cowboy fans waving white towels, and even I have to admit that it becomes something magical and surreal.

I asked Dallas head coach Mike McCarthy in the postgame interview about all the hype and hoopla.

“You go out there pregame and see the white towels on the seats, it brings a smile to my face,” he explained “They’re on it. There’s nothing like these Cowboy fans. Just from the time you arrive, all the way through, what an incredible atmosphere today. What a competitive arena they create for us. The stadium was rocking today. They did a phenomenal job.”

When it comes to America’s Team, it really is all about the fans. McCarthy should know. He’s had the privilege of coaching both the Green Bay Packers and the Dallas Cowboys—two organizations at the top of the NFL food chain when it comes to fan appeal.

McCarthy’s words made one thing crystal clear. Passion in sports is a two-way street. Fans care most about a team when they know that team cares for them. Love them or hate them, that’s certainly been the case in Dallas all these years.

Thank you, Jerry Jones, for the wonderful hospitality. I still can’t stand America’s team, but I sure as heck loved your barbecue brisket.