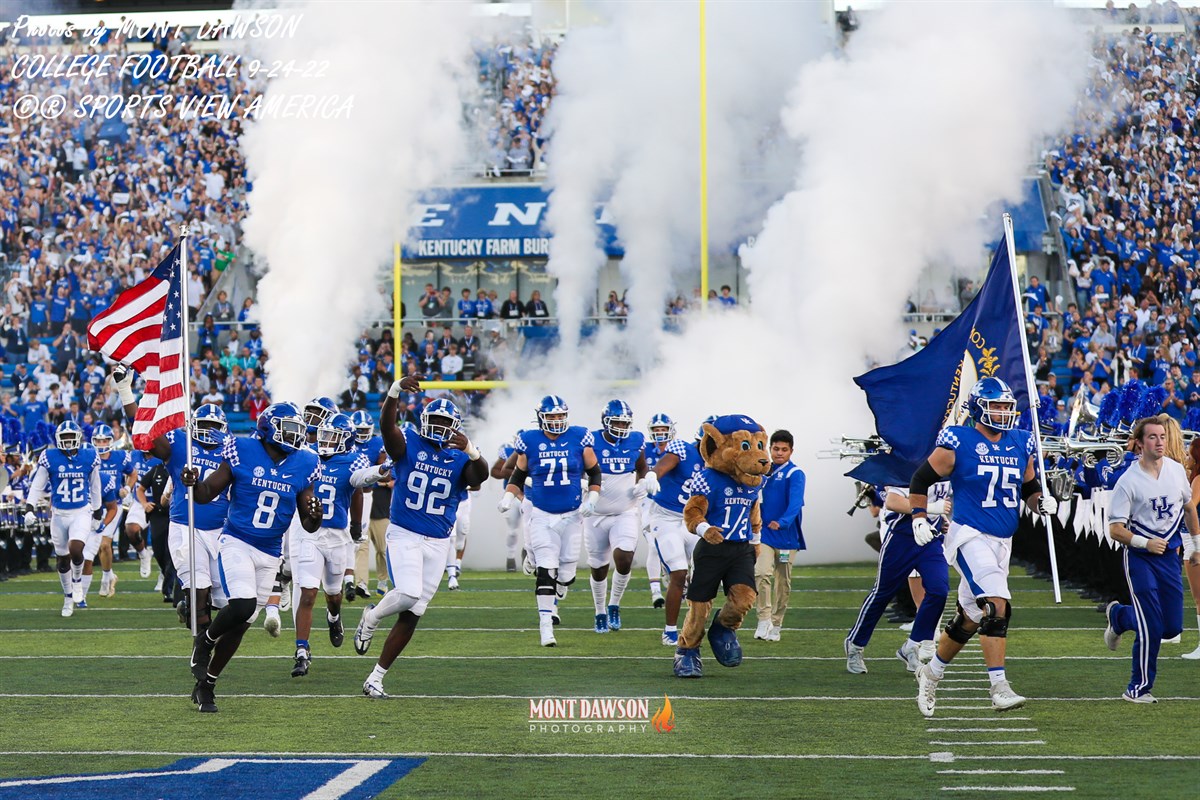 The Big Blue Nation took advantage of perhaps the last warm gameday by packing the parking lot of Kroger Field to watch their Kentucky Wildcats host the Northern Illinois Huskies. Tonight’s matchup was the last of the non-conference games before the Cats take on their SEC schedule. Which makes the 23 to 31 victory important to keep their momentum and perfect 4-win record intact moving forward. 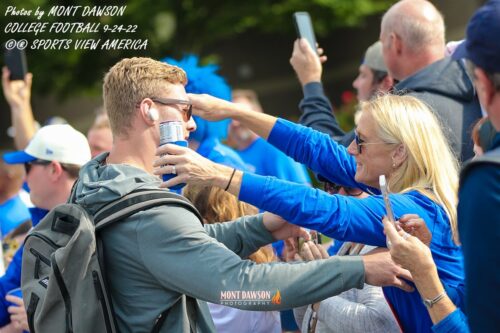 The past few games the offensive side of the ball caught the blame for any of the woes of the football team. That was not the case tonight. Besides the two fumbles dropped by Kavosiey Smoke the offense was the better half of the team. Big offensive receptions by Tayvion Robinson and Barion Brown won the game for the Cats tonight. Robinson had a 69-yard and a 40-yard touchdown receptions while Brown tacked on a 70-yard reception. Will Levis ended the game with 303 passing yards on 18 for 26 passing with four touchdowns.

The downfall for the Wildcats tonight was the inefficiently on the defensive side of the ball. After not allowing a score for the last six quarters, the Cats allowed NIU to score 23 points and gain 327 total yards. Kentucky also did not force any turnovers from the Huskies.

Kentucky was able to overcome bad defensive play because they have more talent than NIU, but they will not be able to do that when they face SEC opponents. I expect that practice this week will focus on the mistakes on the defense and what they can do to be focused the the next game.

Kentucky will travel to Oxford to take on the Ole Miss Rebels in a noon kickoff (ESPN) next Saturday. It will be the first test of the Cats since the win against Florida and will mark the return of Chris Rodriguez. Perhaps after that games we will have a better evaluation of where the Cats stand in the SEC.

NIU won the coin toss and elected to receive the football. The Huskies made good on their first possession scoring the game’s first touchdown in 11 plays on a 2-yard pass. Kentucky tied the game 7-7 on a 15-yard pass to Barion Brown on an 8-minute drive that pretty much ended the first quarter.

Both teams failed to score on their first possessions of the second quarter. Kentucky finally found the endzone on a 69-yard bomb pass from Will Levis to Tayvion Robinson to put UK up 14-7. When it looked like the half was over a fumble by Kavosiey Smoke gave the ball back to Northern Illinois. The Huskies tied the game up right before the half on a 3-yard pass Shemar Thorton to Tristen Tewes.

Kentucky’s first possession of the second half looked like it was going to end on an interception by the Huskies, however, it was ruled incomplete. The next play resulted in a 70-yard touchdown pass from Levis to Brown to put the Cats back up by 7. The Cats scored again on a field goal by Matt Ruffolo late in the quarter that set the score 24-14 in the Wildcats favor.

The first touchdown of the fourth quarter was a 40-yard touchdown pass to Tayvion Robinson for his second touchdown of the night. A NIU field goal with 5:26 left in the game pulled the score to 31-14. Just as the Cats thought the game was in hand a late touchdown by the Huskies and a missed 2-poiont conversion brought NIU within 8-points. Kentucky won the game 31 to 23 after a failed onside kick.