Skip to content
You are here
HOME PAGE / 01 FEATURED / Whitewashed 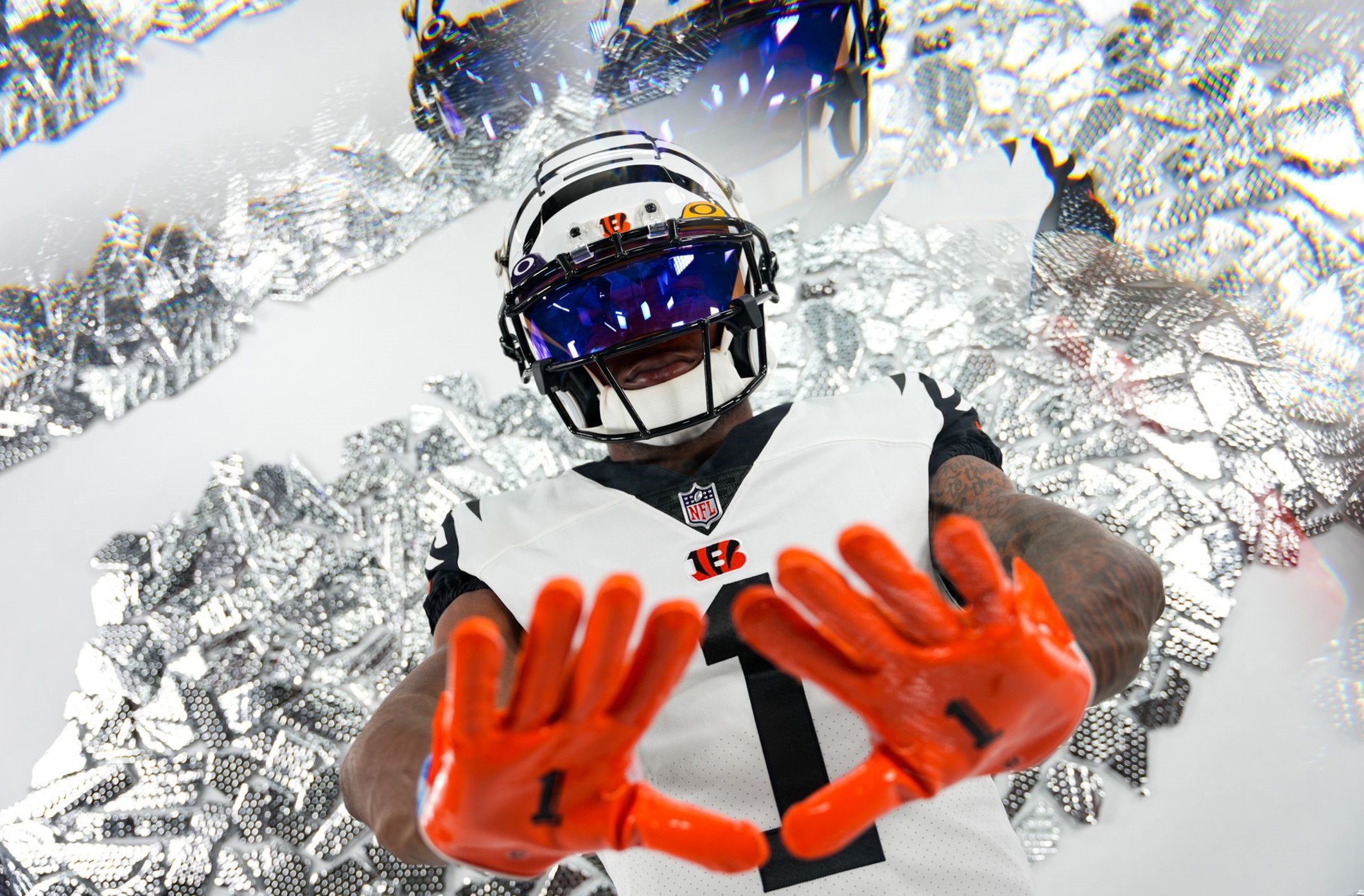 The Bengals unleashed their brand-new Color Rush uniforms in their Thursday Night clash with the Miami Dolphins (Bengals.com)

(CINCINNATI, Oh.) – After a surprising 0 – 2 start, the Cincinnati Bengals are back on track. Joe Burrow hit Tee Higgins for a 59-yard touchdown and Vonn Bell had a career-high two interceptions as the Bengals rallied back from a fourth quarter deficit and defeated the Miami Dolphins 27 – 15 in a heated Thursday Night Football extravaganza.

Cincinnati thus evens their record at 2 – 2 on the year, temporarily staving off the naysayers and the precipitous fall from grace befitting teams—defending AFC champions no less—who are unfortunate enough to stumble out of the gate.

Before a record-setting Paycor Stadium crowd of 67,650 white-clad fans, the Bengals started quick, going 75 yards in nine plays on their opening drive with Joe Mixon taking it in from the five-yard line. The rest of the game was nip and tuck until Burrow engineered two fourth quarter scoring drives and the Bengals won going away.

On the night, Burrow completed 20-of-31 passes for 287 yards and two touchdowns. Mixon rushed 24 times for 61 yards while Higgins had seven catches for 124 yards as Cincinnati won for the second time in five days.

“It’s nice to create some momentum for ourselves going into a big divisional game,” said head coach Zac Taylor. “Proud of the way these guys responded to a short week. Played really strong in the second half. And that says a lot about the character of this team”

The Cincinnati defense continued its impressive four-game run. Prior to tonight’s contest, Lou Anarumo’s unit hadn’t allowed a touchdown in 20 previous drives nor a pass longer than 32 yards. They were top 10 in the league in fewest yards allowed and top seven in points allowed with 55. Opponents had only scored one passing touchdown against the Bengals’ secondary all year.

The Dolphins did little to make a dent in those stats. Miami came in with the explosive receiver tandem of Jalen Waddle and Tyreek Hill ranked second and third in the league in receiving yardage. Hill broke out for 160 yards on 10 catches, but the Cincinnati secondary held Waddle to a mere two catches for 39 yards. Neither Hill nor Waddle scored a touchdown.

“Stay on top, keep everything in front,” Bell said of the stellar defensive effort. “Me and Jessie [Bates] just having great communication. Pre-snap and post-snap. Knowing where their guy’s at. Just having depth, playing off one another.”

Dolphins’ starting quarterback Tua Tagovailoa was carted off the field and taken to the hospital after sustaining a scary injury to the head and neck in the second quarter. He was later released and given the okay to travel back to Miami with the team.

Even the other side of the ball showed promise in this one. The Bengals’ O-line—which gave up 13 sacks in the first two games—has apparently improved, giving up only three sacks in the recent two wins. The revamped unit, however, is still a work in progress. The inability to effectively open up holes for Mixon, especially in red zone situations, remains a troubling bugaboo.

After the Dallas debacle, Taylor and his brain trust received a heck of a lot of criticism for their conservative offensive strategies and their failure to implement in-game adjustments. Two wins in a row certainly helps defuse some of the heat, but they need to prove their Super Bowl run last year wasn’t just based all on smoke and mirrors. Joe Burrow is still the real deal. Ja’Marr Chase, Tee Higgins, and Joe Mixon are still top-flight offensive weapons. It’s up to Taylor and crew to help them recapture the magic.

Things don’t get any easier with consecutive road games coming up versus Baltimore and New Orleans. It’s important that everyone stay positive. We’ll know by week seven whether the Bengals are pretenders or contenders.