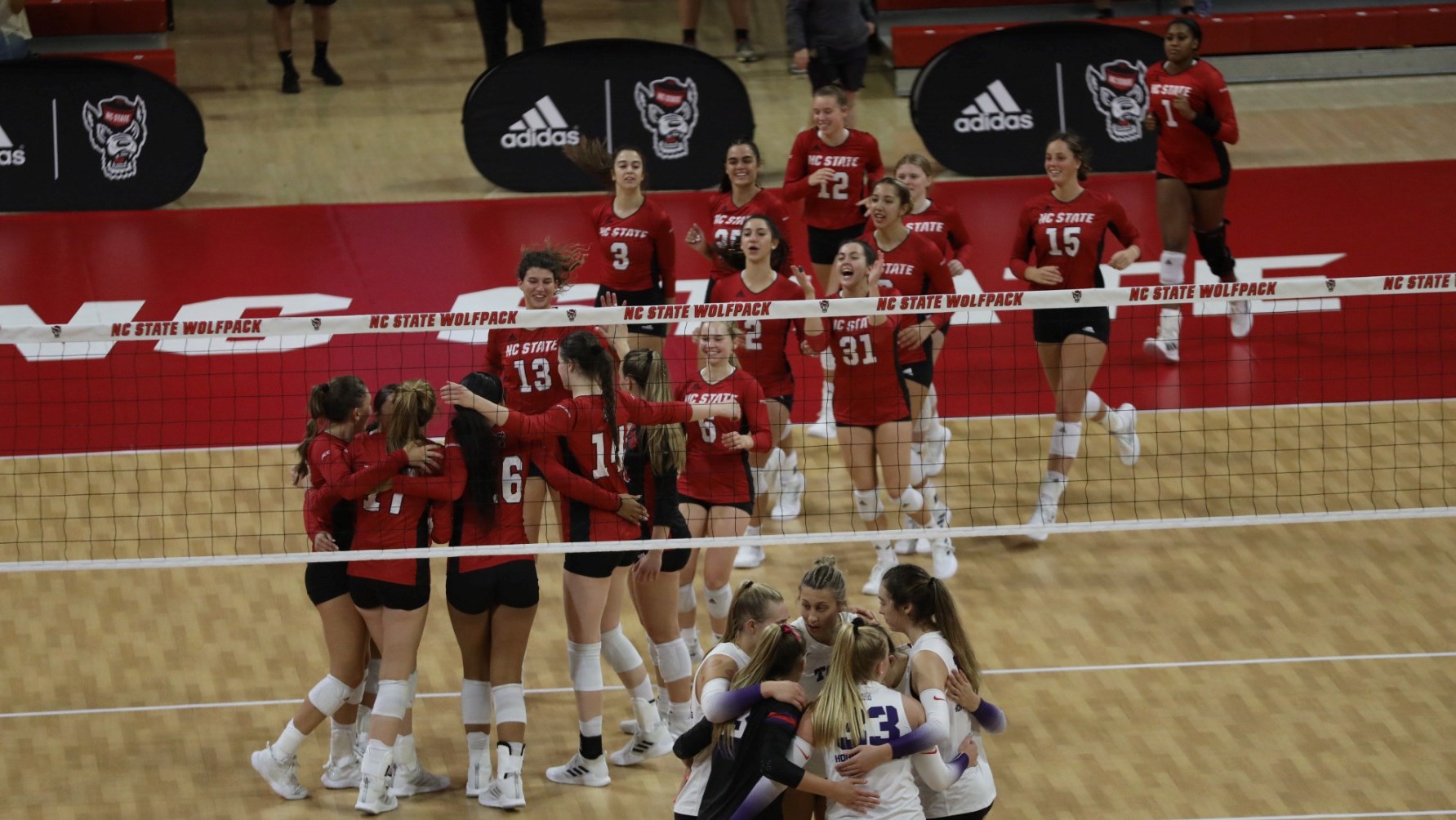 Freshman Lily Cropper started for the first time in her collegiate career. She tallied five kills for a .500 hitting percentage, three blocks and one ace.

Senior setter Kristen McDaniel tallied 17 assists. She currently ranks fifth in the program record book for career assists and sits only 13 away from hitting 2000 on her career (1987).

Set One (25-22)
The Pack came out with a bang, taking a 3-0 lead to start. Syracuse tied the set on four different occasions but were unable to stop NC State. Brizard led the Pack with four kills in the set.

Set Two (25-16)
Syracuse started off with the lead but were unable to stop the Pack from taking over. NC State went on a four-point scoring run to regain the lead.

Set Three (25-15)
The Wolfpack went on a 13-4 run to open the third set. Syracuse tried to gain momentum but were unable to stop the Pack’s defensive efforts. Sophomore Jada Allen helped the Pack maintain the lead after recording several blocks and kills.

Next Up
The Pack remains in Raleigh and is scheduled to host Boston College on Sunday Oct. 16. First serve is slated for 1pm.