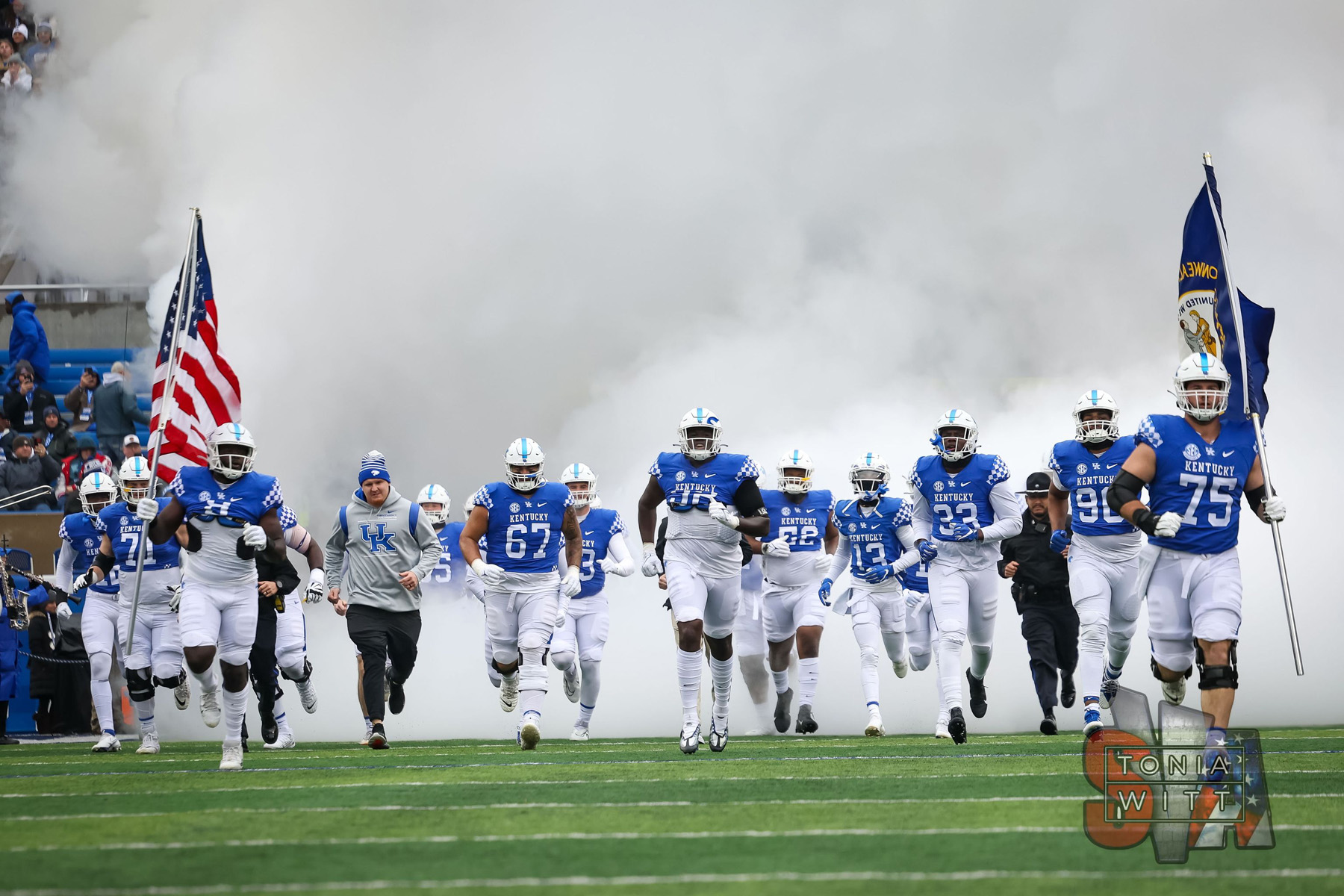 Coming off the road win against Missouri, the Wildcats took the field this afternoon to face the Vanderbilt Commodores. The weather was horrible and so was the Kentucky’s play on the field. The Cats lost a disappointing game against the Commodores 24 to 21.

Chris Rodriguez’s 4th quarter performance is the only positive to take from this game. He rushed for 162 yards on 18 attempts. Rodriguez’s 72-yard touchdown in the fourth quarter gave hope for the fans in attendance, but the lack of defensive stops and costly penalties allowed the Commodores to score the final touchdown.

The loss gives the Cats a 6-4 record which is way below what the fans expected from this talent filled team. Many fans were wanting changes to be made on the coaching staff prior to today’s loss. The performance that was on the field today does nothing but reiterate those beliefs.

Perhaps it is because of his injury, but Will Levis had another bad game. Levis was 11 for 23 with 109 passing yards. He was sacked 4 times and threw an interception that ended the game. Many of his throws were not accurate and he missed several open receivers while electing to throw it into coverage.

The loss leaves the Big Blue Nation little hope for the upcoming game against the Georgia Bulldogs. The game will be on CBS with the kick-off at 3:30.

Vanderbilt received the football but, Kentucky recovered a fumble on the second play of the game. This set up Kentucky in Vandy’s territory, but the Cats had to settle for a field goal taking the lead 3 to 0. Vandy quickly scored on their following possession on a quarterback keeper. Mike Wright ran the ball 59 yards for a touchdown putting the Commodores back on top 7-3. Kentucky moved the football well on their following possession, but was stopped in the redzone and settled for a field goal making the score 7 to 6 in the Commodores favor.

The Wildcats forced another turnover on an interception by Kiedron Smith in Kentucky’s endzone. The drive was going great until the Cats were forced to kick another field goal which was blocked by Vandy’s defense. The rest of the second quarter was eventless with neither team scoring. The teams head into the locker room with the score Vandy 7 Kentucky 6.

The Cats received the ball to start the second half, but were forced to punt early in the drive. A 45-yard rush by Ray Davis put the Commodores on Kentucky’s 3-yard line and set Vandy up for their second touchdown of the game. Vandy added to their lead 14 to 6. Kentucky drove the ball down the field once again until they got within scoring distance and had to kick another field goal. Matt Ruffolo made his 3rd field goal of the game. Vandy was still in the lead 14 to 9.

The defense forced Vandy to turn the ball over on downs to start the fourth quarter. A couple of great runs by Mclain and Rodriguez set the Wildcats up on the Vandy 5-yard line. The Wildcats scored their first touchdown of the game on a 5-yard rush by Chris Rodriguez. Kentucky missed the 2-point conversion which set the score at Kentucky 15 Vanderbilt 14. Vandy scored a field goal on their following drive retaking the lead 17 to 15. The play of the day happened on Kentucky’s next play. Chris Rodriguez broke tackles to rush for a 72-yard touchdown. Another missed 2-point conversion still had Kentucky in the lead 21-17. Vandy did not give up though they marched down the field and scored a touchdown on a 8-yard pass play. The score left Kentucky with only 32 seconds which was not enough time to score. The game ended with Vanderbilt ahead 24 to 21.