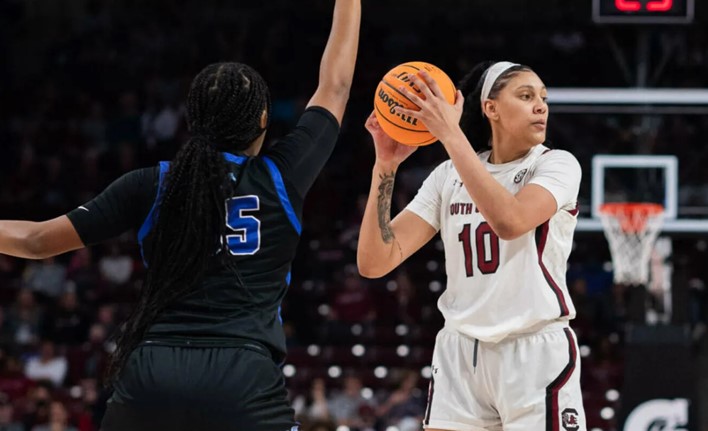 The Gamecocks (9-0) returned from a week-long break for exams.

Not liking what she saw from her starting five, Staley brought in five reserves in the first quarter. That broke the malaise as the Gamecocks immediately padded their margin with an 11-4 run on the way to a 42-22 halftime lead.

The starting lineup returned in the second half and kept up the pressure. The Flames were held to six points in the third quarter as the Gamecocks’ lead increased to 35.