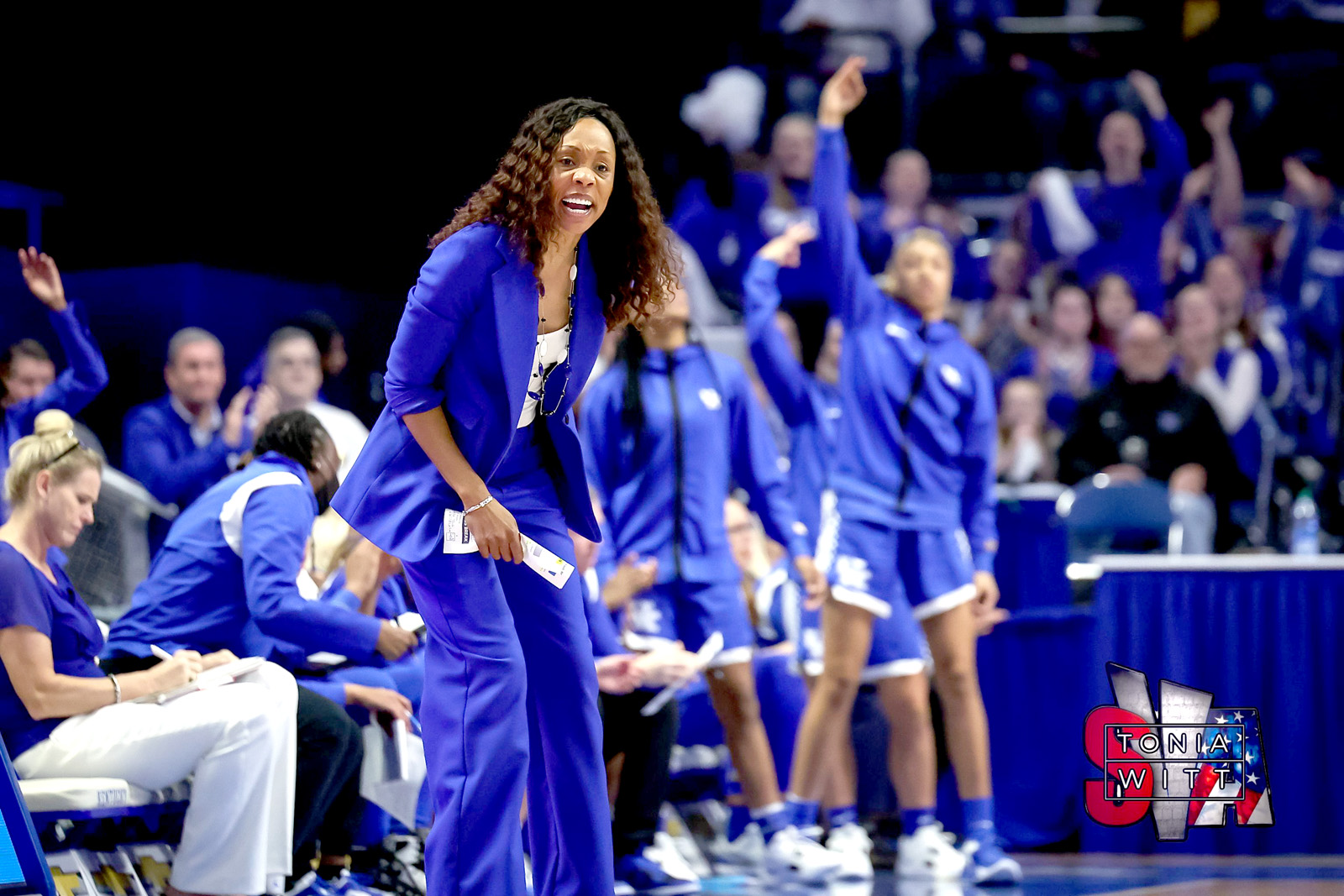 The Kentucky WBB team returned to Lexington to take on the Louisville Cardinals after their mid-week trip to Minneapolis where they defeated Minnesota 80-74. Their win over the Golden Gophers brought their record to 7-1 on the young season. Louisville entered Sunday afternoons matchup with a 6-4 record, fresh off a 73-point win over SIU Edwardsville. Louisville’s best win of the season came over then No. 3 ranked Texas in the Battle 4 Atlantis in-season tournament that took place at the end of November. Louisville’s leading scorer is Van Lith (20.0 PPG), while the ‘Cats go-to scorers are Walker (15.4 PPG) and Benton (14.8 PPG). This in-state rivalry has been one-sided the past five seasons, with Louisville winning five consecutive matchups over the Wildcats starting in the 2016-17 season. The ‘Cats, however, have kept the games close with four of those five Louisville wins coming by 6-points or less. Some keys to look for in Sunday’s game for the ‘Cats were three-point shooting, the turnover game (creating defensively and limiting offensively), and a consistent post presence (Petty, Adeyeye, Leveretter).

The starting lineup for the ‘Cats featured Benton, Walker, Green, Scherr, and Adeyeye.

The scoring in the highly anticipated in-state rivalry game started with an easy Cardinal layup under the basket. Good Cardinal ball movement led to another easy layup on the offensive end. With Louisville playing intense defense to begin the game, the ‘Cats first points came from a Benton free-throw to bring the score to 4-1 early in the game. Scherr nailed the first three of the game for the ‘Cats off a Walker drive that found her open in the corner. The ‘Cats broke a Cardinal press with a great court vision pass from Scherr to find Benton for an easy score. After a pair of free-throws from Van Lith, the Cardinals lead was 12-6. The Cardinals took a 14-6 lead into the first media timeout. After a good defensive possession by the ‘Cats, Jenkins sprinted down the court to convert a transition layup for Kentucky. Petty picked up her second foul with 3:09 to play in the first quarter. Louisville continued to execute offensively to end the quarter, but the ‘Cats found Jenkins in the corner for a three just before the shot-clock buzzer to bring the Cardinal lead down to 21-14 at the end of the first quarter.

The second quarter scoring started with a Van Lith mid-range jumper that got the shooters roll. A 6-0 Cardinals run to start the second quarter brought the Louisville lead to 13 with a score of 27-14. Scherr ended Louisville’s 8-0 run with a mid-range jumper, which was followed quickly by a ‘Cats steal and converted transition layup to bring the lead to 29-18 Cardinals. The ‘Cats defense turned up the heat mid-way through the quarter, leading to the Cardinals enduring over a 3-minute scoring drought. In that time, the ‘Cats offense began to execute, bringing the lead to within 10 at 35-25. Freshman Kennedy Cambridge played valuable minutes for the ‘Cats in the first half, collecting 2 points and 3 rebounds in 6 minutes of action. The Cardinals defense responded by creating a 2-minute scoring drought of their own against the ‘Cats, allowing them to stretch their lead back to 15, with a score of 40-25. Another Cardinals layup to end the half gave Louisville a 42-25 lead heading into halftime. Kentucky ended the half shooting just 30% from the field and 25% from three-point range. Louisville’s offense displayed much better execution in the half, converting 48% of their shots (just 9% from three via 1 made three-pointer). Both teams successfully limited their turnovers in the half with 7 apiece. The Cardinals outrebounded the ’Cats 24-19 in the half. Benton led the way for the ‘Cats in scoring with 8 points on a voluminous 10 first half shot attempts. Scherr was close behind with 7 points. Dixon led the Cardinals in first half scoring with 10 points.

The second half started with a Benton mid-range jumper for the ‘Cats. The third quarter began with a barrage of foul calls, with a combined 5 coming in the first 2-minutes of action. The aggressive style of play continued throughout the quarter and rest of game, with emotion and defensive pressure intensifying with every possession. A Dixon jumper for the Cardinals extended their lead to 52-30 with 6-minutes left in the third quarter. A Petty offensive board and putback brought the ‘Cats back within 20 at 54-34. An 8-0 ‘Cats run brought the score to 54-40 Cardinals. A corner three from Scherr in transition shrunk the Cardinals lead to 59-47 with 47 seconds remaining in the third quarter. A jumper from Carr ended the third quarter scoring with a score of 61-47 Louisville.

The fourth quarter began with a driving Scherr layup to get the ‘Cats back within 12. A 3-minute scoring drought coupled with a Van Lith layup for the Cardinals re-extended the Louisville lead to 16 at 65-49. After two intentional foul free-throws for Louisville, their lead had been stretched to 69-51. A gutsy pull-up three from straight away for Benton brought the ‘Cats back within 15 with a score of 71-56 with 4:31 to play in the game. A strong finish by Petty led to an and-one opportunity to bring the score to 72-59. Back-to-back layups by Petty and Benton left the score at 76-65 with 2:30 to play in the game. With a ‘Cats foul and two converted Louisville free-throws with 50-seconds left in the game, the score was 82-67 Cardinals. A Benton three with 25-seconds left narrowed the score back to 12 at 84-72 but the ‘Cats would go on to fall to the Cardinals by a final score of 86-72.

Louisville finished the game shooting 44% from the field (7% from three with just 1 made three-pointer). The ‘Cats offense improved in the second half as they finished shooting 42% from the field and 38% from beyond the arc. The Cardinals outrebounded the ‘Cats 44-35 in the game. The ‘Cats finished with 14 turnovers in the game while creating 16 Louisville turnovers on the defensive end. Benton led the ‘Cats in scoring with 20 points, while Scherr finished the game with 18 points. Van Lith led the way for the Cardinals with 21 points (13-15 FT). Leveretter and Petty collected 6 rebounds apiece to lead the ‘Cats. Scherr and Walker distributed the ball well for the ‘Cats, finishing the game with 6 assists each.

The ’Cats will take on the Murray State Racers on Friday, December 16 with tipoff set for 7:00 p.m. at Memorial Coliseum. The game will be televised on the SEC Network.