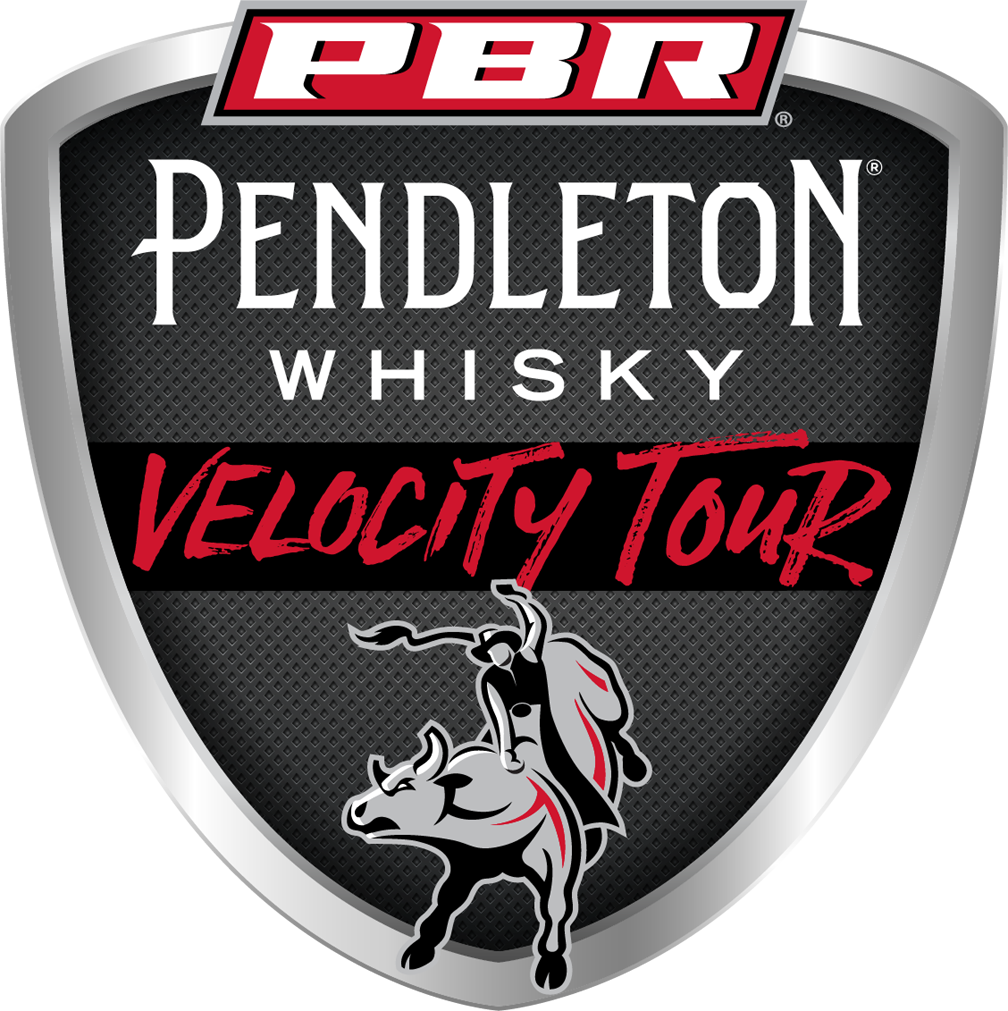 Tickets for the PBR Lexington Invitational on sale Friday, September 16 at 10:00 a.m. ET
LEXINGTON, Ky. – For the sixth time in as many years, PBR’s (Professional Bull Riders) Pendleton Whisky
Velocity Tour will buck into Lexington, Kentucky, returning to the iconic Rupp Arena on January 6-7,
2023 with the PBR Lexington Invitational.
Following the overwhelming enthusiasm and demand for the recent PBR Pendleton Whisky Velocity
Tour events in Lexington, the organization expanded the show to be a two-day event in January 2023.
For two nights only, some of the best bull riders in the world will battle the sport’s rankest bovine
athletes in the ultimate showdown of man vs. beast in one of the most exciting live sporting events to
witness.
During the 2023 season, the PBR will celebrate its 30 th anniversary since 20 cowboys broke away from
the traditional rodeo with the belief that bull riding could be a standalone sport. Since their trailblazing
initiative, the PBR has grown into a global phenomenon awarding nearly $300 million in prize money.
The upcoming PBR Lexington Invitational will mark the first event of the new individual season for the
PBR’s expansion series. Eventgoers will watch on as riders vie for early points in the race to be crowned
the 2023 PBR Velocity Tour Champion.
When PBR last traveled to the home of the Kentucky Wildcats in February 2022, Mexican sensation
Francisco Morales (Irapuato, Mexico) reached a career milestone, going a perfect 2-for-2 to win his first
career-first Velocity Tour event.
In Round 1, Morales was quick to strike, registering the sixth-best score when he covered War Dog (JQH
Bucking Bulls-Skip &amp; Elaine Jones) for 85 points. Morales then brought the capacity crowd to its feet in
the championship round, clinching the victory when he outlasted White Lightning (H&amp;D Bucking
Bulls/Dickie Williams) for 84.5 points.
Prior to Morales win in 2022, two riders had parlayed a victory in Lexington on the Pendleton Whisky
Velocity Tour into career-defining seasons.
In 2021, Eli Vastbinder (Statesville, North Carolina) won the event en route to being crowned Rookie of
the Year and finishing a career-best No. 9 in the world.
The season prior, in 2020, Cole Melancon (Paris, Texas) and Lindomar Lino (Anapolis, Brazil) tied for the
event win. Both riders collected crucial world points, and each earned a berth to compete on the elite
Unleash The Beast for the Iron Cowboy Major at STAPLES Center in Los Angeles.
Capitalizing on the opportunity, Melancon parlayed his elite tour invite into yet another victory,
becoming just the second rookie in the sport’s history to win a PBR Major when he was crowned the
Iron Cowboy. Narrowly edged out for the Rookie of the Year honor at season’s end, Melancon
concluded 2020 a career-high No. 10 in the world.

Other past event winners include 2019 PBR Lexington Invitational Champion Stormy Wing (Dalhart,
Texas) and Keyshawn Whitehorse (McCracken Spring, Utah) who won the event en route to being
anointed the 2018 PBR Rookie of the Year.
The bull riding action for the PBR Lexington Invitational begins with Round 1 at 8:00 p.m. ET on Friday,
January 6, followed by Round 2 and the championship round at 7:00 p.m. ET on Saturday, January 7. All
45 competing bull riders will get on one bull each in Round 1. The Top 30 riders from Round 1 will
advance to Round 2 Saturday evening. The riders’ individual two-round scores will be totaled with the
Top 15 advancing to the championship round for one more out and a chance at the event title.
Tickets for the two-day event go on sale Friday, September 16 at 10:00 a.m. ET, and start at $15, taxes
and fees not included. Tickets can be purchased online at Ticketmaster.com and PBR.com, at the Rupp
Arena Box Office or by calling PBR customer service at 1-800-732-1727.
PBR Elite Seats are available for avid fans who want an exclusive VIP experience while enjoying one of
the world’s top bull riding circuit. These tickets, available in three tiers, offer premium seats, personal
on-site concierge at the PBR fan loyalty booth, on-the-dirt photo available for digital download following
the event, $10 concession voucher and souvenir credential and lanyard.
Priced at $155 is the PBR Plus Seats and $195 is the PBR VIP Elite Seats. In addition to the above
benefits, the VIP Elite Seats also include a pre-event, backstage tour by some of the PBR’s top riders,
stock contractors and personnel.
Available at $285, the PBR Premier Elite Seats, which will offer the best views in the venue, will also
include limited-edition 30 th anniversary season hat and a pre-event tour.
For more information about the PBR and to see the full 2023 PBR Pendleton Whisky Velocity Tour
schedule, visit PBR.com.
About the PBR (Professional Bull Riders) Pendleton Whisky Velocity Tour:
The PBR’s Pendleton Whisky Velocity Tour (PWVT) began in 2014 as the premier expansion tour for the
PBR. The Velocity Tour, the sport’s fastest-growing tour, brings the excitement and top-levels of cowboy
and bovine talent that fans have come to expect from the sport to cities across the United States. The
PWVT is proudly supported by Pendleton Whisky, Audacious Wreck Relief, Boot Barn, Cooper Tires,
Fram-Autolite, Kubota, Rank 45, South Point Hotel &amp; Casino, TicketSmarter, Tractor Supply, Union Home
Mortgage, the United States Border Patrol, and Zip Recruiter.  Every Velocity Tour event is carried on
PBR RidePass on Pluto TV, PBR’s flagship digital network.
About Central Bank Center:
Located in Lexington, Kentucky, the Lexington Center Corporation (LCC) is a not-for-profit 501c3
corporate agency of the Lexington Fayette Urban County Government. It was established in 1974 to
manage and maintain Rupp Arena at Central Bank Center, the Central Bank Center (formerly Lexington
Convention Center), Triangle Park, and the Lexington Opera House. One of the nation’s most storied
entertainment destinations, Central Bank Center venues collectively welcome an average of 1.3 million
patrons annually. Since 1976, Rupp Arena at Central Bank Center has served as the home court of the
University of Kentucky men’s basketball team, regularly leading the national attendance average. Rupp
Arena has hosted legendary artists such as Justin Timberlake, Paul McCartney, Garth Brooks, Chris
Stapleton, and many more. Since 2018, Oak View Group and Live Nation Arenas have provided booking

services to Rupp Arena. During the last 18 months, Rupp Arena has broken all previous audience
attendance and revenue records in its storied 43-year history. The Lexington Opera House, built in 1886
and listed on the National Register of Historic Places, is one of the premier performing arts centers in
the region. Since its opening, the Opera House has played host to such famous stage performers as W.C.
Fields, The Marx Brothers, Al Jolson, Julie Harris, Steve Martin, Brian Wilson, and Graham Nash. It has
undergone two major renovations and remains a cultural destination in downtown Lexington. The
Central Bank Center holds over 200 meetings, trade shows, and special events annually. It just
completed a transformative $310 million expansion, featuring a dramatic, light-filled architectural
design that offers over 200,000 SF of flexible meeting and event space. For more, visit
www.centralbankcenter.com or follow us on Facebook, Instagram, or Twitter.
About OVG360:
OVG360, a division of the Oak View Group, which was founded by Irving Azoff and Tim Leiweke and
supported by Silverlake, specializes in event programming venue assessments and security and
emergency preparedness. OVG360 can also provide full management services for arenas, stadiums,
convention centers, and performing arts centers. Oak View Group is the largest developer of sports and
entertainment facilities in the world with $4.5 billion of deployed capital across eight projects.